Quark и Qubit They are still the most profitable for the algorithms of mining. However, recent data on mining algorithms was relevant mainly for the graphics card NVidia, due to the fact that use them miner scMiner great optimizirovn of mining for these algorithms, and much faster than sgminer, which is used to of mining on the cards AMD Radeon . However, now there is a new sgminer-fork, which is perfectly optimized for video cards from AMD chips Pitcairn and Thaiti.

We tested this fork sgminer with support for improved cores of mining in the Quark and Qubit. As a result, we have received about 11.22 Mhesh / s algorithm Quark and 12.3 Mhesh / s algorithm Qubit with a single graphics card AMD Radeon R9 280x, running at frequencies of runoff. You should be able to get a great performance, raising the frequency of the video card, and raising the intensity of mining.

At the moment, quite profitable for Mein pools NiceHash and WestHash on an algorithm Quark due to certain interests of users to cryptocurrency SharkCoin. Keep in mind that these binaries compiled not by us, and are included with the standard kernel files OpenCL, so you have to use the binaries to increase performance for your video card. 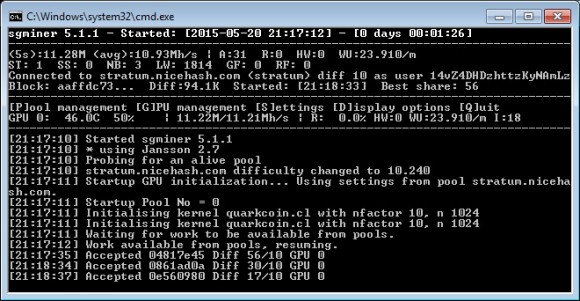