Updated ccMiner 1.5.55 fork from the SP for video cards based on Maxwell

We have compiled the new binaries for Windows based on the latest version source code ccMiner 1.5.55-git SP.

The new version of miners includes fixes and improvements for some of mining algorithms, including WhirlpoolX, NeoScrypt, Lyra2RE and Qubit, and also has improved performance of mining algorithm for Quark. when compiling we decided to use CUDA 6.5, as this version offers better performance than the CUDA 7.5. Note that this version of the miners may have some problems with the solo mining, using the local budget. If you encounter such a problem - use the version ccMiner 1.5.53-git SP. 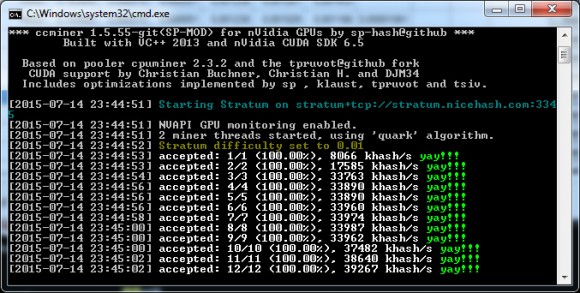