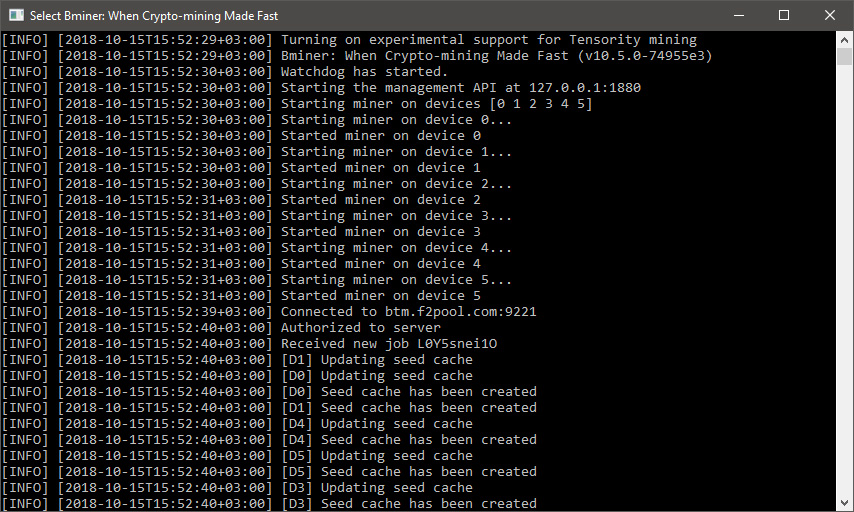 Bminer is a multiminer for Nvidia video cards with support for several algorithms: Tensority, Ethash, Equihash, Zhash. Biminer is of greatest interest to Bytom cryptocurrency miners, since offers the largest hashrate when mining cryptocurrency Bytom (BTM). If in the previous version 10.0.0 the developers have raised the hashrate by 30%, then this time we were surprised, because according to the performance level on the algorithm Tensority Bminer version 10.5.0 raised more than twice.

It should be noted that not all pools support this miner, for example, Antpool Bminer does not support.

For a high hashrate at Tensority, developers ask for the same high commission of 2%.