What is an NFT token? How to create, store, buy and sell crypto art? 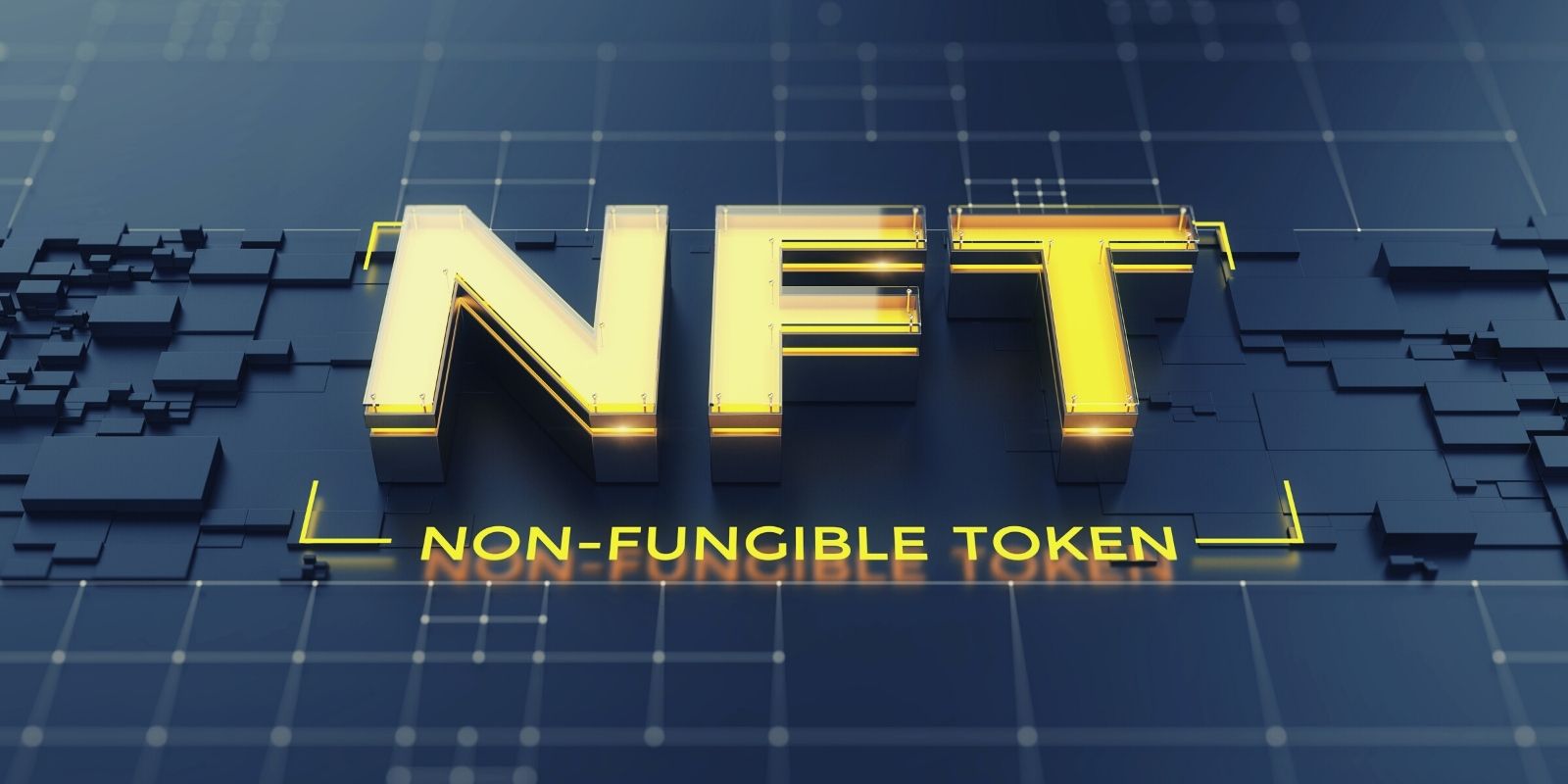 At the beginning of 2021, the world was again covered by a wave of interest in cryptocurrencies, blockchain, smart contracts and NFT tokens. If with the first terms, everyone who has already dealt with cryptocurrencies before is already more or less familiar, then NFT or non-fungible token has become super popular only now, although the first projects using NFT appeared back in 2017. Today, you can hear about NFT from well-known international news , from well-known media personalities, from corporations, from bloggers on youtube, and even from an artist or musician you know. But what it is and what it is for, and even more so how to use it, today we will try to figure it out.

Non-fungible token or NFT is a type of smart contract in the Ethereum cryptocurrency network and in other less popular cryptocurrencies, where tokens cannot be replaced with each other. This technology appeared in 2017 and has its own standard called ERC-721.

Initially, all tokens in smart contracts were fungible. Such tokens were issued under the ERC-20 standard, the most famous ERC-20 token is the USDT stablecoin or Tether. Those ERC-20 token resembles money, which has equal value in society, regardless of its properties and history.

The ERC-721 standard, on the contrary, allows you to create a token with unique properties and data, and each token can have its own unique value in society, depending on the different conditions of its appearance and history. The most obvious example in real life is art, where a copy and an original of a Picasso painting will have different values, although at first glance they look the same. NFTs just solve the problem of copies and the original, tk. the history of each token is completely transparent and available to everyone. And ownership rights are just as easily verified using blockchain technology.

Actually for these two reasons, NFTs became primarily in demand for the transfer of rights to digital art: paintings, 3d models, music, text, etc. In addition to artists, poets and musicians, the capabilities of NFT began to be used to create games with unique game items. But games can also have repeating items, for example, a basic set of weapons, so another ERC-1155 standard has appeared in which tokens can be completely unique or partially fungible. An analogy from the games is the basic weapon or clothing that is given at the start of the game to each player (partially fungible), and a rare unique item that is given only once and only to one player for completing a task in the game (non-fungible).

Further, we will consider only the ERC-721 token standard, since it is he who has now received the greatest distribution and is supported on all sites for the sale of NFT tokens.

NFT or ERC-721 is stored in the same way as regular ERC-20 tokens (USDT) in the Ethereum wallet. The wallet (address), along with Ethereum, also stores all the tokens issued on its blockchain. In other words, if you lose access to your Ethereum wallet, you will lose access not only to the ether stored on it, but to all tokens associated with that address. Therefore, you only need to buy crypto art from personal wallets, for example, use metamask. If you buy NFT by making a transfer from the exchange, then this token will belong to the wallet in which the transaction was made, i.e. you buy NFT not for yourself, but on the exchange.

The first project that used the ERC-721 standard or NFT tokens was the CryptoPunks project, which was launched by a team of two people in June 2017. CryptoPunks are 10,000 pixel art images of people that have been written into a smart contract on the Ethereum network. In the summer of 2017, only a small group of people knew about Crypto Punks, which cannot be said now, when this project is known to everyone, and one Crypto Punks token can cost more than 4000 Ethereum or more than 7 million dollars. 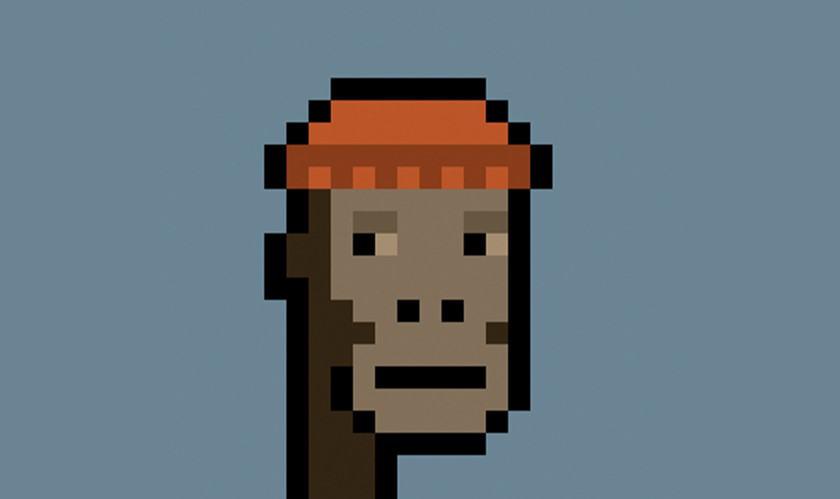 If CryptoPunks set the direction in which you can move, then the CryptoKitties project, launched at the end of 2017, in the midst of the world's attention to Bitcoin and other cryptocurrencies, became the real popularizer of NFT's ideas. CryptoKitties, in addition to the possibility of collecting images of cats, offer another game element with which you can cross two cats and get another token (cat) for free.

In 2019, Nike adopted NFT technology and patented its own CryptoKicks technology, with which you can confirm the originality of shoes purchased from the store and in addition to a physically existing pair of shoes, you also became the owner of a virtual pair of Nike sneakers released in NFT.

In 2020, a project by Dapper Labs enter the market in collaboration with the NBA called NBA TOPSHOT. The project is based on the simple idea of ​​collecting licensed images of players, teams and symbols of NBA games. Picture cards are sold in closed packages, i.e. what cards are being bought is unknown. You can also buy the card you need for the collection on the marketplace, where the price will already depend on the rarity of the card you need.

Of the new projects, the most popular at the beginning of 2021 was the Hashmasks project, which offers the hidden sale of 16328 images of masked people in various combinations of masks, eye color, and background. In addition to the tokens with the image, the project released an ERC-20 token, which is given to all hashmask holders, with this token, hashmask holders can change the name of the masked token or sell all tokens on the exchange.

All of the above projects have become the catalyst for the popularity of NFT, which we are seeing now.

All NFT projects that we talked about earlier have their own smart contract, which must be programmed in the Solidity language, taking into account the requirements of the ERC-721 standard. Which is not within the power of every programmer, not to mention artists, musicians and 3D designers. Therefore, along with the popularity of the entire NFT market, platforms or marketplaces have become very popular for creating NFTs from a piece of art without knowledge of programming languages.

If you want to create and then sell your NFT token or buy another author's NFT, then you only need the Metamask wallet and one of the popular platforms for exchanging ERC-721 tokens. 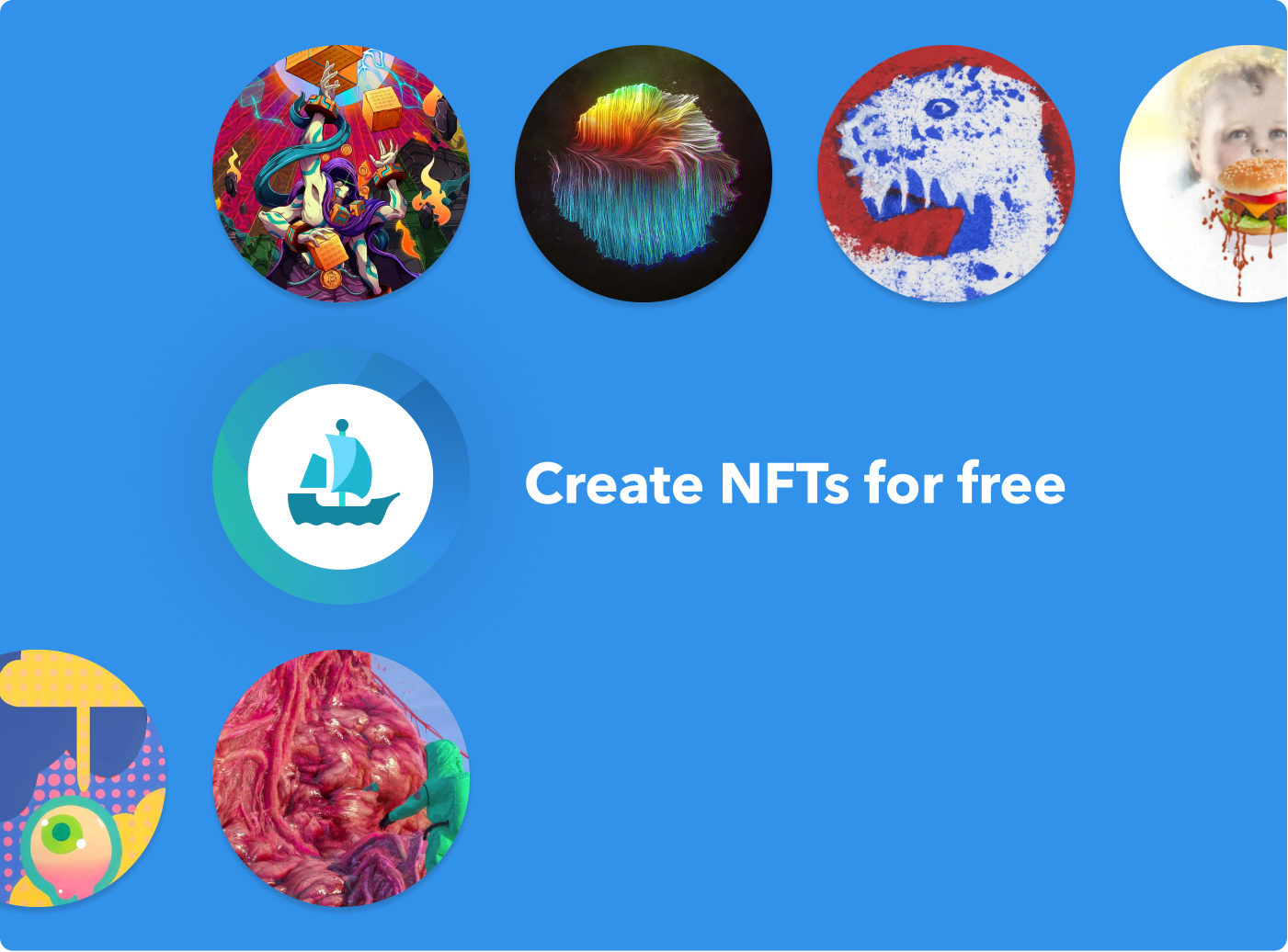 The most popular are now the following platforms for the creation and trade of NTF:

With the help of the Rarible service, Enjin can create their own NFTs for anyone who has already learned how to use the Metamask wallet, therefore there are already several tens of millions of NFTs created on trading exchanges and not having their own smart contract. Because of what, finding a truly valuable and rare specimen of crypto art becomes an impossible task. In such a situation, NFT investors and collectors are increasingly paying attention to independent projects with their own smart contracts and new fresh ideas that may rise in value in the future, as did CryptoPunks, NBA TopShop and Heshmasks. But even among the new independent NFT projects, there are a large number of projects that simply copy the code of the CryptoPunks smart contract with their pictures, which makes them much less valuable in terms of collection. Truly new projects bringing new mechanics or technologies to NFT can actually be counted on one hand. One of these promising new NFT projects can be TheCryptoStones, which offers not only buying NFTs in order to make money on the growth of their value, but also game mechanics that allows you to get even rarer items (chess pieces) when you receive a certain set of cryptostones in your collection. A distinctive feature of this project is the built-in swap or NFT exchange in a smart contract, which allows you to exchange your tokens without using NFT markets to collect your own collection and get even rarer NFT items. 32 chess pieces is an example of using a core set of 4096 NFTs as a framework for other projects based on ERC-721 tokens, as well as based on ERC-1555 and ERC-20. Therefore, Thecryptostones NFT is not just a set of tokens with pictures, but the beginning of a whole crypto infrastructure, which the authors still keep secret.

While the whole world is engaged in the purchase of crypto arts, many technicians are increasingly reminding that the ERC-721 standard is not perfect and cannot provide a complete decentralized storage of digital assets, because depends on the operation of intermediate services Opensea and others, so we can expect that ERC-721 may be replaced by an even newer standard or blockchain, which will eliminate the current shortcomings and become the new standard for storing crypto art. In the meantime, NFT tokens are now being issued by all popular and famous people, which further fueling interest in this market.