The cryptocurrency TONcoin (The Open Network) was launched in the summer of 2021 and originally referred to the original TON (Telegram Open Network) of Nikolay and Pavel Durov, the founders of the popular messenger Telegram. But due to the fact that the Durov brothers abandoned this project back in 2020 because of their inability to coordinate the issue of their own cryptocurrency with the US government (more precisely with the SEC - Securities and Exchange Commission), the attitude towards the TONCoin released in 2021 was at the level of a SCAM project that exploits a well-known name. This all changed from one Message of Pavel Durov in his Telegram account, where he confirms that the new TON coin not only involves the developers of the original TON cryptocurrency from 2018, but also uses the developments of this project. In other words, now the TONcoin project has drastically changed its status from a cryptocurrency of the level of a SCAM project, to the level of an affiliated cryptocurrency supported by a well-known personality in the IT industry. In fact, on this news, the value of TONcoin in just a few hours soared by a decent 60% to 3.7 USD per coin.

The idea of TONcoin copies the approach of Ethereum 2.0, Polkadot, Cosmos blockchain development. In other words, TONcoin has its own fast masterchain (analogous to Beacon Chain of Ethereum 2.0 or Relay Chain of Polkadot) with POS mining, i.e. Blockchain will be maintained not by miners but by validators. The main network will support several different chains embedded inside ( similar to Shard at Etherium or Parachain at Polkadot). The following services have already been announced in development for TonCoin: Ton Payments (micropayments, which may be built into Telegram messenger in the future), Ton Storage (P2P storage with payment in TON), Tone DNS (Replaces hard to remember addresses with easy to remember names), Ton Service ( a browser analog for the internet, only for viewing information stored in TON blockchain), TON Workchains (will support not only standardized blockchain, but also independent projects with its own format of addresses, data, smart contracts, and will allow to transfer data between them).

Toncoin at the moment is probably the most ambitious project that promotes the ideas of WEB3.0, but it will take a long time to implement all the features. What can have a negative impact on its practical application in the future, which we have already repeatedly observed in other similarly ambitious projects. For example, Bitshares, which was a direct competitor to Ethereum in 2014-2016, but due to difficulties in developing a more progressive idea compared to Ethereum lost the competition. The same may happen with TONCoin if there is no direct implementation in the same Telegram messenger.

But at the moment TONCoin is a very promising cryptocurrency, and today it can be compared to Ethereum and Bitshares from 2015.

There are several ways to get TONCoin at once: you can buy it, run a validator, and mine it on video cards.

You can buy TONcoin on the following exchanges:

We will not consider the launch of the validator now, because it is a rather complicated procedure, and to launch the node you need to have 600.000 Toncoins in your account, which is equivalent to 2.2 million U.S. dollars.

It should be noted that it is possible to launch validator node even without any money, because soon Ton Nominators service will be started, the essence of which is providing a rent of their Toncoins to node's owner. The profit from POS-mining TON between the server administrator and the owner of the TON cryptocurrency is divided in the ratio of 60 to 40, where 40% goes to the server administrator with a validator.

The profitability of POS mining consists of two parts: the constant issue of new blocks, which increases the supply of coins by 0.6% every year, plus the commission on transactions paid by users of the TON network.

Although TONcoin is positioned as a POS coin, but in the first few months (roughly 200 days) POW mining on video cards is also available, and mining is available on 2Gb video cards on Linux operating systems (HiveOS, RaveOS). A video card with 3Gb video memory is already required to mine on Windows.

During TON POW mining new blocks are not created and new coins are not generated as it is usually done. To organize POW mining the developers took a different way: they pre-released 41.6 million TON coins and distributed them among several smart contracts, which give out coins to miners. There are two types of these smart contracts: large and small.

The large smart contracts give out 1,000 coins each day. (At this point they are already exhausted, i.e. they have already given out all the coins in that smart contract)

When working with pools there is a small nuance, which is that a request for payment of an amount less than the automatic payment is made only through Telegram bot.

Hashrate of videocards in Toncoin mining

Tonwhales.com has a list with tested AMD and Nvidia video cards in TONcoin mining with Danila-Miner: https://tonwhales.com/docs/miners/danila/benchmark 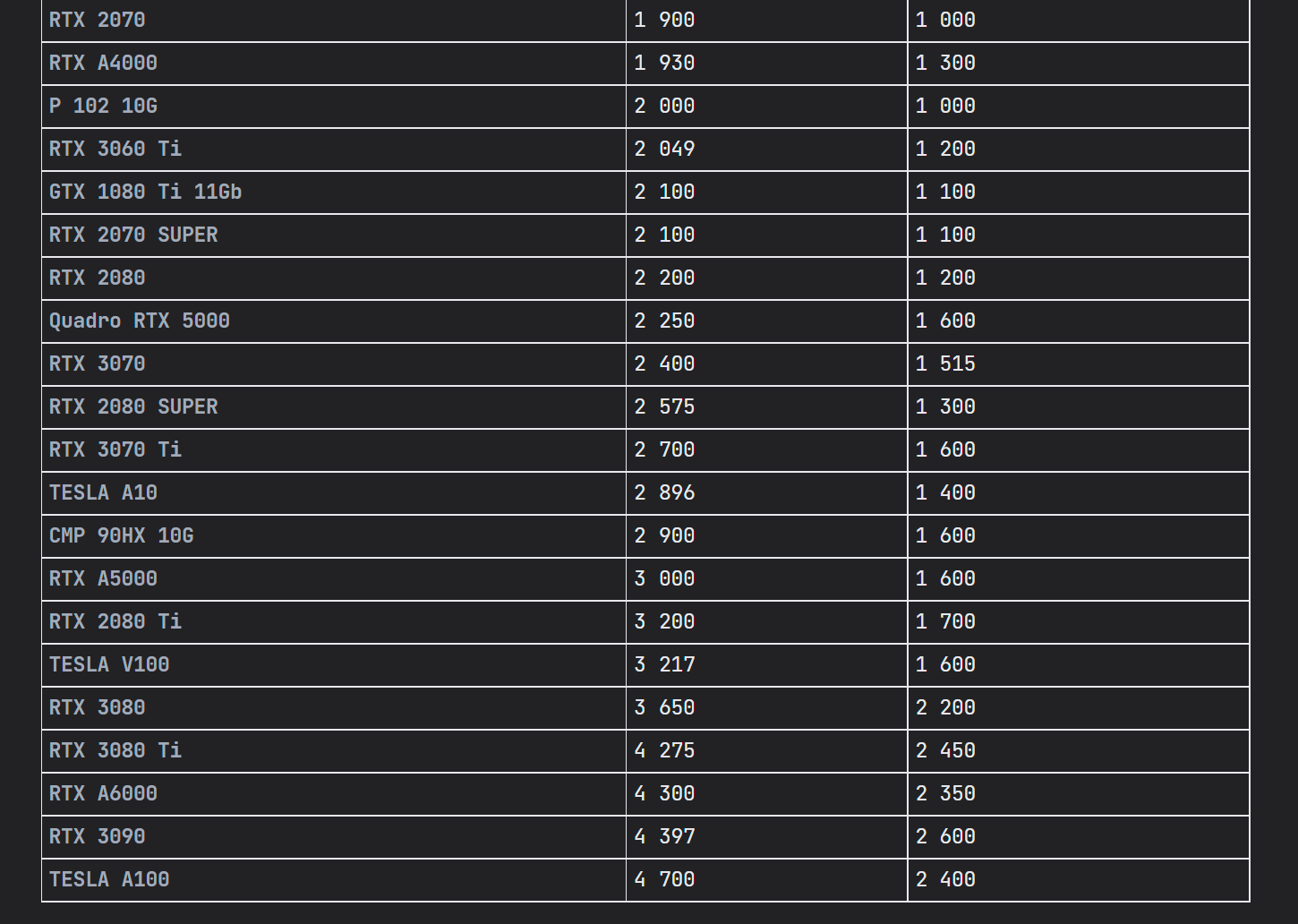 As a wallet for storing TON cryptocurrency a user can use a huge variety of options, because wallets are available for all popular platforms: Windows, Linux, MacOS, Android, iOS, WEB wallet and wallet as a plug-in for Chrome browser similar to the well-known wallet for Ethereum - Metamask. 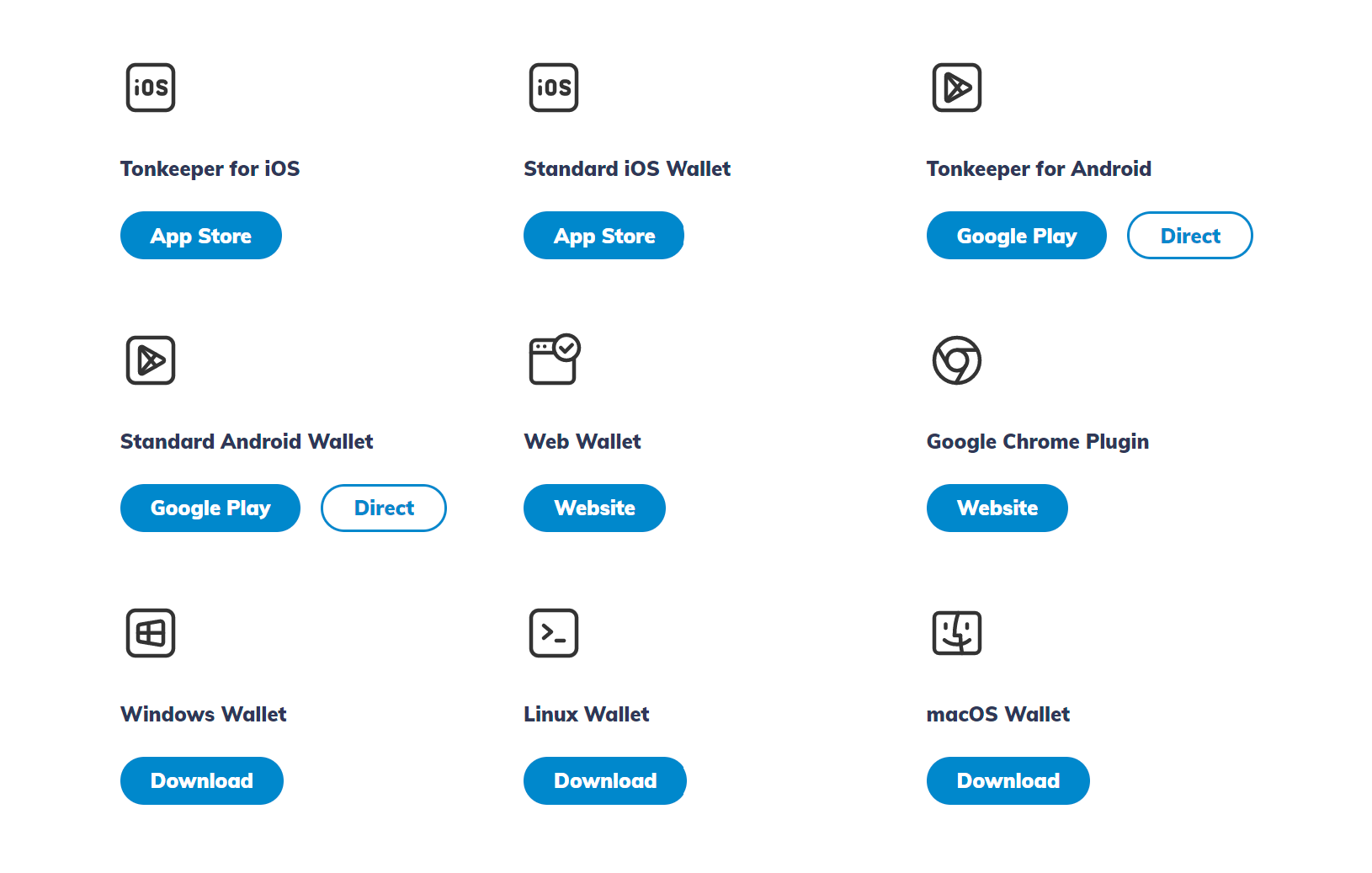 Important: Do not use a wallet on the exchange for mining, because at the moment the exchange has one wallet for all users and to distinguish the transfers from different users each exchange client has its own ID, which must be specified when transferring. Otherwise you will not get your coins if you use exchanger wallet for mining directly. That's why you need to set up your own wallet to receive earned TONcoins and then transfer them to the exchange for sale.

Conclusion: As we have already said at first we did not perceive TONcoin project deserving attention, because initially it was more like a SCAM project, which exists at the moment not a thousand and all the promises of developers were perceived as an opportunity to put more dust in the eyes to sell their cryptocurrency to investors who believed them. Pavel Durov's blessing of TONcoin gives a much better chance that this is a real project with an interested team of developers with financial support and future integration into Telegram messenger, which could end up being an equally competitive project with Ethereum.