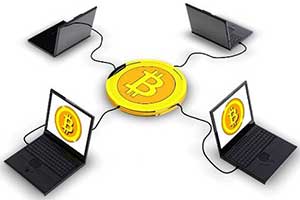 For those who are already at least a little interested in mining, cryptocurrency will not be a secret that most miners for the extraction of one or another cryptocurrency are combined into pools for guaranteed reward for mining, even if you have modest computing power. The first thing that pays attention to when choosing a pool is its capacity relative to the entire network and the commission, while often omitting from the attention the remuneration system for which the pool is calculated with the miners for the solutions sent (Share). There are more than two dozen different options for implementing this function, which in pools are often indicated as an abbreviation, to which novice miners often do not pay enough attention. If you plan to do mining seriously and for a long time, then you should at least familiarize yourself with the existing types of rewards and their advantages or disadvantages.

In preparing this material, we counted 21 different methods of miner rewards:

Solo or single mode is the very first mining mode to appear even before the pools appear. Solo mode implies an independent launch of cryptocurrency nodes and organization of mining using its own resources. At the same time, the reward for the found block goes entirely to one miner.

What do you have pools here, you ask, and despite the fact that launching your own node and connecting all capacities to it is not the easiest task, therefore many miners who have enough large capacity to work in Solo mode prefer to connect to already working pools (nodes), that provide Solo mode mining, taking a small percentage of this service.

Those. Solo pool is a rare type of pool in which the whole award goes only to one miner who found the block in the network.

An example of this approach is solopool.org with solo mining support for more than 40 cryptocurrencies.

For beginner miners such pools are absolutely not suitable, because the mathematical expectation of finding a block on popular cryptocurrencies can take more than a year.

PROP (Proportional) is one of the first algorithms commonly used by pools at the dawn of cryptocurrency. Although he is not so popular today, he still has his fans and continues to be found on some pools. I think from the translation of PROP - proportional reward, it is clear that the pool distributes the reward among miners in proportion to the number of shares received from them for the current round of block search (the time taken by the pool to find the next block).

PROP is the simplest and most fair method of calculating with respect to miners and pool holders.

Since “honesty” in the modern world is not held in high esteem; therefore, so-called pool-hoppers began to appear in large quantities using the widely used method of rewarding PROP for their own selfish purposes.

Pool hopping consists in jumping from one pool to another more successful pool (powerful) closer to the estimated time spent by the pool of the next block. Immediately after finding the block, the miner switches back to its main pool. At the expense of such a "cheater" a miner using Pool-hopping can significantly increase his reward at the expense of more honest miners engaged in searching for a block from beginning to end.

Actually because of Poole Hopping, now PROP is not as popular as before, because PROP has been replaced by other methods that protect honest miners from readers, but have other disadvantages.

PPS (Pay Per Share) - is one of the most common models for award pool for miners. When using PPS, the miner receives a reward for each share received by the pool, regardless of whether the blocks are in the pool. The cost of each share in this case, the pool determines on its own based on the complexity of the network, network rewards, block time and pool's own power.

Due to the fact that all the data for calculating the cost of the shares are not constant and are constantly changing, therefore, this method of calculation can periodically outweigh the balance in favor of the miners, then in favor of the pool. Although this method of calculating the pool reward is not the most transparent, however, due to the fact that the board goes instantly for each share, this method of calculation will be most beneficial for miners with small mining powers. Among the shortcomings, PPS can be distinguished by higher commissions (s) or the pool takes all the transaction commissions in the block itself to cover possible losses from non-accepted blocks and long rounds of searching for new blocks. Because of this, PPS is less profitable than PPLNS and various modifications of PPS.

PPLNS (Pay Per Last N Shares) The second most popular method of calculating miner remuneration on par with PPS. Unlike PPS, there is no fixed fee for each Share. Payments for PPLNS per round are similar to PROP, i.e. It is charged in proportion to the received shares, but with one big difference. A reduction factor is applied to the shares you send, which varies from 0 to 1 as the sent share increases. For example, the PPLNS payment pool indicates that a 2000 share is taken for calculation. Therefore, with such a pool, the first 2,000 shares of your calculated power to receive a reward will gradually increase from 0 to the maximum possible your hashrate. Only after receiving from you the first 2000 share, the pool will accrue the reward for the share in full. To compensate for the "slow start" on the pools with PPLNS, the reward will continue to accrue after another 2,000 shares are disconnected from the pool with a gradual decrease to 0.

The number of shares used to calculate PPLNS is different for all pools and strongly depends on cryptocurrency.

It is recommended to choose a pool with PPLNS for miners with high and average computing power.

PPS + is a combined pool payment method that combines standard PPS and PPLNS. The fixed block reward is distributed according to the PPS algorithm, and the included commissions in the block are distributed according to the PPLNS principle. Moreover, pool percentages for PPS and PPLNS usually differ, because for PPS, which we have already discussed, a higher commission is taken. This method is more beneficial for miners than standard PPS, but for large pools, where the search for blocks is more stable, and long-term connection to the pool it will be more profitable to use PPLNS.

SMPPS (Shared Maximum Pay Per Shares) is another modification of PPS with the only difference that the pool pays out additional income from quickly found blocks with good luck in the following rounds, increasing the cost of the share by a pre-calculated amount. The priority in additional payments is made for more "old" miners. Pool fees are usually lower with this reward method than standard PPS. 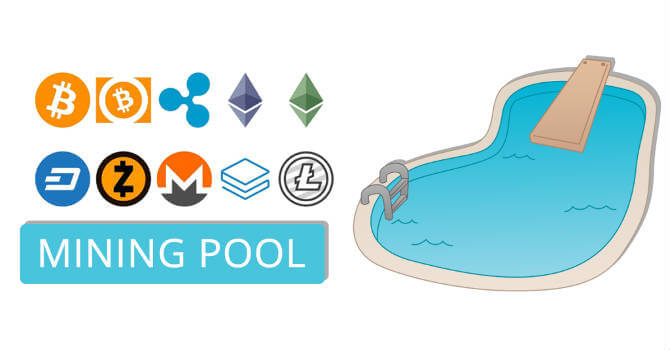 ESMPPS (Equalized Shared Maximum Pay Per Share) - modification of SMPPS without priority for additional payments. All miners, regardless of the connection time to the pool, receive the same surcharge if the pool is lucky to find a block higher than the calculated one.

RSMPPS (Recent Shared Maximum Pay Per Share) is another modification of SMPPS with priority on paying an additional surcharge for new users of the pool.

CPPSRB (Capped Pay Per Share with Recent Backpay) - payment to miners goes on the principle of ESMPPS, while the cost of one orb is taken as high as possible so that only the pool itself does not go bankrupt and is recalculated every round.

FPPS (Full Pay-per-Share) - similar to PPS +, only the commission included in the unit is also paid on the basis of PPS, and not PPLNS

HBPPS (Hour-Based Pay Per Share) - Distribution of the award to miners is based on the PROP principle, but for the time period for calculating the proportional contribution of each miner, it is not the unit’s time spent on the network, but exactly 1 hour. Payment takes place with finding the next block after each calculation.

Average award for N number of blocks. The miner's reward is counted as the average number of solutions sent to them for the last N blocks in each of these blocks. The disadvantage is a long wait for the first payment.

POT (Pay on Target) - modification of PPS, with a change in the cost of the shares for each miner, depending on the work he does.

BPM (Bitcoin Pooled mining) - uses a reward system in which earlier shares have a lower cost than shares that were obtained closer to the time the unit was located in the pool.

This method can be used only with special miners (remote miner), which send a pool of meta-chesh or a chain of hashes, for which the pool charges a reward.

Eligius is a pool reward method that combines two methods of BPM and PPS. Payment occurs only when a block is found by a pool, and the calculation for the shares is taken for the previous block. 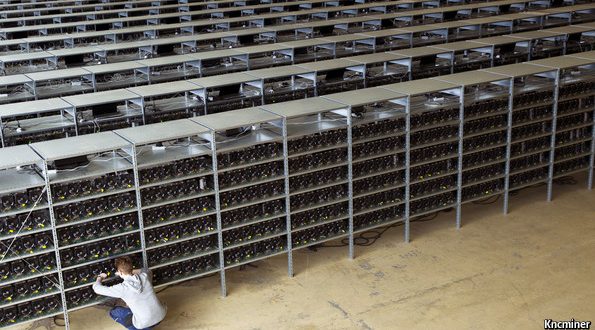 Looks like a BPM method. But with the revaluation method, the shares cost occurs at the beginning of each round and remain constant until the end of the round.

DGM (Double Geometric Method) is a hybrid (Geometric + PPLNS) method that allows owners of pools to take part of the pool profits during short rounds to pay out miners for the shares during long rounds to search for a new unit.

Triplemining - usually used by new pools in which the commission entirely (usually 1%) goes to the jackpot for the miner who has found the block. In addition, pools using triplemining can combine their powers for a more stable finding of blocks. We unfortunately did not find information on what principle is the payment for the shares miners.

The Score method is understood to be a unique miner reward system developed specifically for a particular pool, where instead of generally accepted reward methods, one uses one’s own methodology based on estimating a particular miner by its power, mining time and other parameters.

Conclusion: We considered almost all methods for calculating rewards that used and used mining pools. The most popular methods are based on PPS and PPLNS. If PPS in its pure form is becoming less common and instead its various variations are used: PPS +, HBPPS, RBPPS, then PPLNS turned out to be quite successful and can often be found on the most modern and powerful pools. All other methods are PROP, POT, BPM, DGM, etc. although they are encountered, they are quite rare and usually have medium or low power., i.e. not popular among miners.

For continuous mining on one pool, regardless of your power, all modern variations of PPS and PPLNS will work equally well and the difference between them will not exceed 1-2%. If you are planning frequent pool switching, then pay attention to PPS payoff pools and variations.