Staking - a new mining service in the POS era 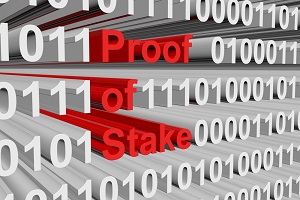 The basis of the work of the blockchain technology is distributed P2P networks with a protection mechanism against recording incorrect data by assigning a "weight" to each participant of this network. Today, there are two main models of weight assignment: POW-performance of work or all the usual mining cryptocurrency, POS - share ownership of cryptocurrency. And over time, the share of projects choosing the POS model is constantly growing, reaching as of June 2019 an 8% share of the capitalization of the entire crypto market. The long-expected transition from POW to POS Ethereum, the second most popular cryptocurrency, in early 2020 will raise the capitalization of POS currencies to 20%, which will be a turning point in the transition of the entire industry to a less expensive method of keeping the blockchain up to date. Global changes in the near future will affect the mining industry on the CPU, GPU, FPGA and ASIC, because The relevance of POW mining will fall, as the result of competition among miners and among mining pools will increase dramatically, which will lead to even greater squeezing of small participants from the market. In the era of POS mining, on the contrary, such a phenomenon as Staking will emerge that will replace the mining pools from the current POW mining era.

Staking - by analogy with mining pools, is also sometimes called Staking pools and performs the same functions as mining pools, i.e. combines the "weights" of several participants into one big one for a stable finding of blocks due to its high weight. Further distribution of the earned cryptocurrency within such a service occurs according to the same principles, i.e. A participant with a large contribution to the Staking pool also receives a greater reward according to his contribution to the total weight.

In other words, Staking Pool is a complete analogue of the Mining Pool, it only accumulates not a hardware hashrate, but cryptocurrency on its account. From this feature, the most important disadvantage of such mining itself is the need to trust your cryptocurrency to third-party services, which in this case should be as reliable as possible. What was not particularly needed from classic POW pools, since cryptocurrency on such pools was not necessary to store and it was saved on wallets or exchanges with the minimum values ​​for withdrawal.

Anticipating such a development of events, Staking services with official registration now appear in order to increase trust among customers and, accordingly, to increase their competitive advantages. One of such companies is Staked LLC with registration in the USA with offices in New York and Boston, which recently received over $ 4 million of investments for its development. On the same-name service Staked.us, the company now offers to invest in POS mining 12 different cryptocurrencies (Tezos, Livepeer, Decred, Dash, Cosmos, Loom, Horizen, Terra, Iris, Algorand, NuCypher, Thunder, Wanchain) with further expansion to 24 cryptocurrency, including Ethereum. The most famous cryptocurrency already supported is Dash. For POS mining, which you need to have at least 1000 DASH, which today is equivalent to 172.000 USD, which is a large enough amount for a regular crypto-enthusiast. Actually, Staked services will allow to participate in POS mining of such cryptocurrencies, like DASH, with a minimum of funds for investment. Thus making the lower threshold for entry into POS mining accessible to a larger circle of investors.

In addition to the main service Stacking cryptocurrency, the company offers credit services (Lending) in cryptocurrency with classic POW mining, for example, Bitcoin.

With the transition of Ethereum to POS mining, similar stacking pools will appear more and it is possible that already in the near future, POS mining will be the dominant means of maintaining blcokchain technology services around the world, while the demand for staked pool will be ten times more, than now.