Blocked Tether USDT. How, for what and why? 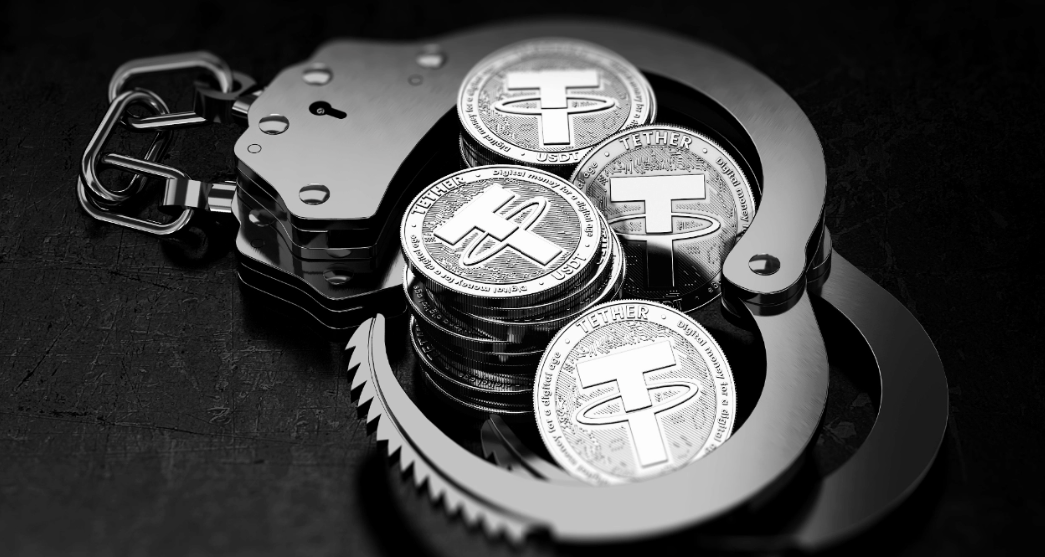 Today, stablecoins are one of the most important elements in the blockchain industry, on which many services and almost all trading on cryptocurrency exchanges are based. The leader among stablecoins is USDT from Tether, and as you might guess from the name USDT is an analogue of USD (United States dollar) only in the form of ERC-20 tokens, which allows you to give the American dollar all the properties of cryptocurrencies, namely, speed and reliability of transfer, anonymity, divisibility up to 12 decimal places, and at the same time, the value of USDT is always equal to 1 USD, which is very convenient in a volatile cryptocurrency market. But USDT has one unpleasant feature - it is the ability to block all USDT on the wallet. And Tether is actively using this opportunity, because. 810 wallets (addresses) worth $435 million have already been blocked. How this is possible and how to check if USDT is blocked on your wallet or not, we will tell in this article.

Surely you are already wondering how it is possible to block a cryptocurrency, when everywhere and everywhere they talk about the independence of cryptocurrencies from governments and banks, its security, anonymity and the impossibility of somehow prohibiting or controlling the distributed ledger (blockchain).

That’s how it is, of course, everything is true, but USDT is not a pure cryptocurrency, but a token that circulates inside the cryptocurrency blockchain due to the ERC-20 standard smart contract (smart contract) created in it. And the smart contract itself can already have many additional various functions that the developers of this smart contract set at their discretion, and as you can already guess, Tether, when launching its smart contract for issuing USDT tokens, added such an opportunity as blocking its tokens on any wallet . By the way, now almost 4 million wallets own USDT tokens in only one Ethereum blockchain. Because Tether launched its USDT smart contract not only on the Ethereum network, but also on Tron, Binance smart Chain, Solana, Terra, Waves, Polygon, Fantom, and many other blockchains, so we can safely say that there are many more USDT owners, than 4 million. And each of these wallets can lose access to their USDT if Tether wants to.

You can see the number of USDT holders on the website Etherscan.io

The main reason for blocking USDT is the court decision, according to which Tether is obliged to block its tokens on any wallet, which, according to the decision of the same court, are recognized as criminal. Those. blocked addresses are recognized as being involved in illegal money laundering, user fraud, theft of other people's funds, drug trafficking or any other illegal activity.

If you find that you cannot manage your USDT on your own wallet, then most likely you have been banned and your stablecoins are permanently frozen, unless you prove otherwise in court.

If you have received transfers to your USDT wallet from wallets against which criminal cases have been filed, your wallet will also be blocked. Therefore, be sure to use reliable companies that value their reputation to buy cryptocurrencies. In order not to buy stolen USDT, use large and well-known crypto exchanges: Binance, Bybit, Huobi, OKX, Poloniex.

To register on these exchanges, you need to send your documents and photos for verification, but this is the security fee. Because on such exchanges, you will never receive stolen USDT or other criminal cryptocurrencies.

We go to the Dune.com website and in the right window "USDT Banned Addresses" we find the search field, where we enter our Ethereum address. If your address is not on the blocked list, then your USDT is not currently blocked. And most likely you cannot send USDT to another wallet due to the lack of Ethereum cryptocurrency in your wallet to pay the transaction fee.

How much USDT is locked on the Ethereum network: 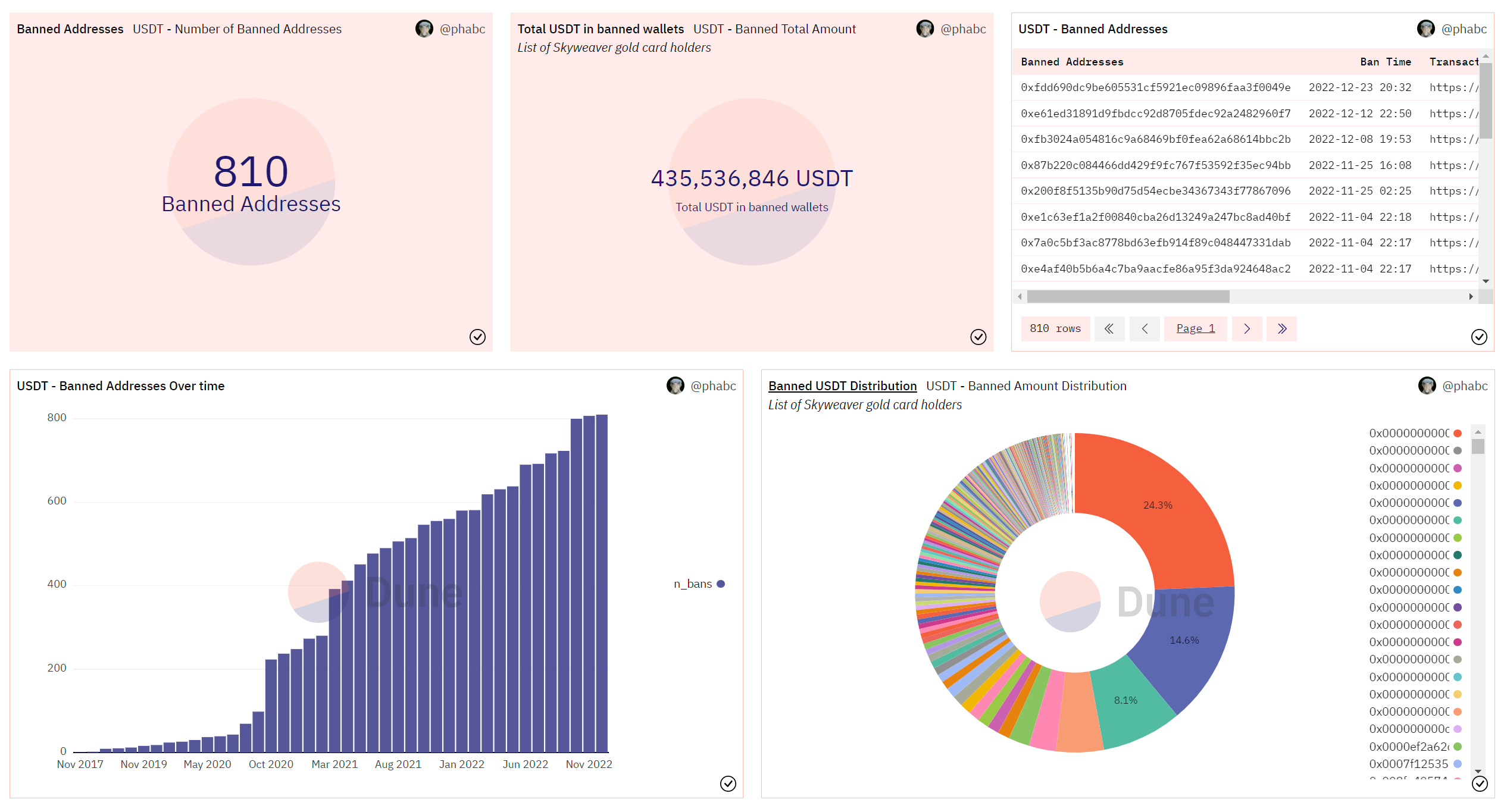 If you think that only USDT can be blocked, then you are very wrong, because. BUSD and USDC are also issued as ERC-20 tokens and can also be locked by Binance and Center respectively.

More details on USDC token blocking statistics can be found at this link, and BUSD blocking here. The small number of locked BUSD in these statistics can be explained by the fact that the bulk of BUSD is issued on the Binance Smart Chain network, and not on Ethereum, where Dune.com collects statistics. 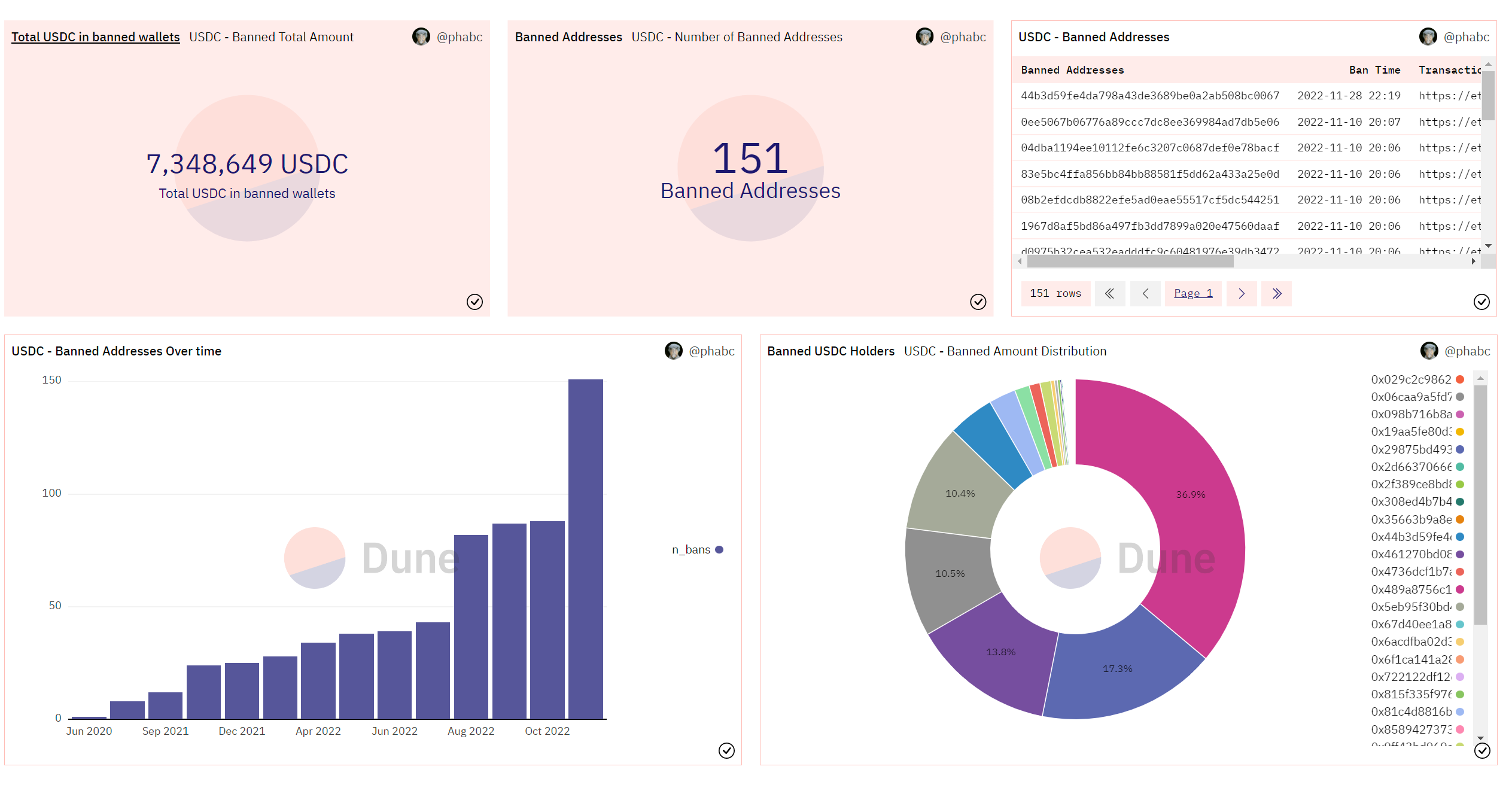