zjazz 0.971 new version of the miner for Merit and BitCash on Linux, Windows 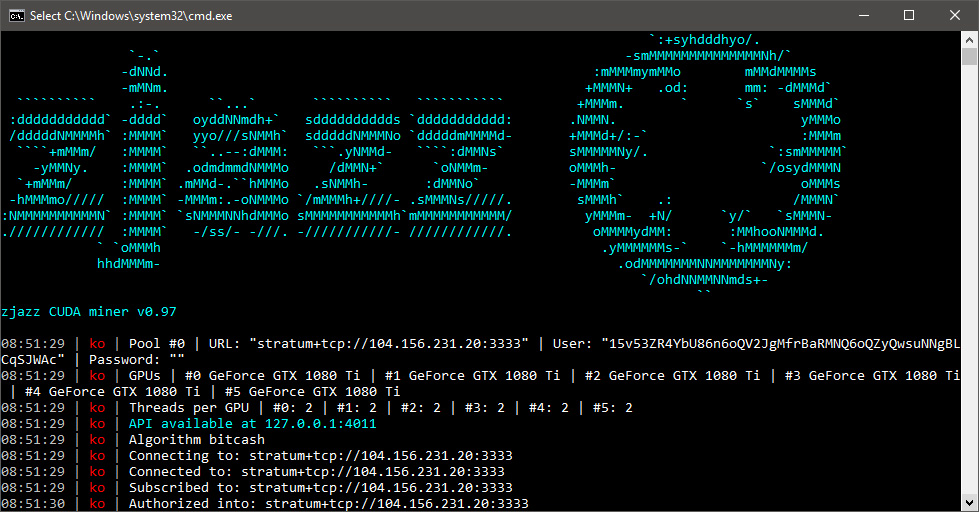 Since we wrote about the zjazz version 0.95 miner, 2 weeks have passed, for which the zjazz miner managed to acquire many new functions. Now except for Merit Mining, BitCash crypto currency is supported, which is also based on the modified Cuckoo Cicle algorithm. In addition to adding support for new crypto currency, in version 0.971, mining on two popular platforms - Windows and Linux - has become available. Of the many other minor changes, you can highlight the addition of the function of changing the mining intensity and the introduction of support for the API compatible with ccminer (ETHMonitoring).

In more detail about the changes in the new versions of zjazz:

Zjazz Miner as before remains a closed miner with a commission of 2% and supports only Nvidia video cards.

Information on the commands and configuration of the zjazz miner can be found at this link.