After 2017, a new progressive investment instrument appeared - primary placement of coins or ICO. Which became available to a wide range of people, than hurried to use all sorts of scammers. Over the past year, 4 new ICOs appeared each day, with 90% of this list having no success, i.e. the invested money simply disappeared without the possibility of making any claims to the creators of the ICO. By the end of 2018, the excitement around investment in the ICO had already subsided, but still remains at a fairly high level. For investors considering ICOs for investing, the main risk remains to run into projects that were originally conceived as a deception for appropriating investors' money. To define such Scam projects, you need to pay attention to 7 main features of such projects:

Since the site is the "face" of the company, the team that really works on their project necessarily makes a high-quality and original site. If you see a poorly crafted site with standard solutions, texts and pictures, then you probably have a SCAM project. This flaw is made by novice scammers who cannot afford to order the original website from the design studios, and they also lack their skills in website development, so standard templates are taken and images taken from the Internet are changed.

For more professional scammers or just rich to make a quality website will not be a problem, so the second important step is to explore the development team.

A non-existent team is another major cheating marker that should be avoided. Usually in the team section, random photos from the Internet are taken, a name is thought up. This deception is easy enough to reveal just by searching with the same name and photo of people in the social. networks and on professional developer forums.

Some authors of the ICO pews go further by creating social pages for their proteges. networks and create the appearance of their activity, which is also quickly revealed in time to create a profile and its messages.

But there are even more sophisticated ways to create a team. A real developer is sent some kind of insignificant work, which is also paid very little and they indicate it as the founder or the main developer of the entire project. In such cases, you can only personally talk with the developers about their contribution to this project and whether they are familiar with it at all.

Sample and not original White Paper

Since swindlers themselves are usually poorly versed in the technical intricacies of working with blockchains, tokens, and cryptocurrencies, so their White Paper is often very similar to one another, where they just swap words. The lack of a clear plan and technical description can also speak of a superficial drafting of the document, that a real project simply cannot afford it.

White Paper's unrealistic plans should also be treated with caution, but this is more relevant to the goals of an ICO.

Not specific or unrealistic goals of the company.

If you have an ICO with the next project to create a super modern cryptocurrency, but it doesn’t say what it will specifically benefit from and why it can be used, then this is a sure sign of the standard website making for making money under the guise of ICO.

Too ambitious and unrealistic goals of the company, for example, creating a crypto community on the moon, should also alert you even if the developers are real and firmly believe that they will succeed. 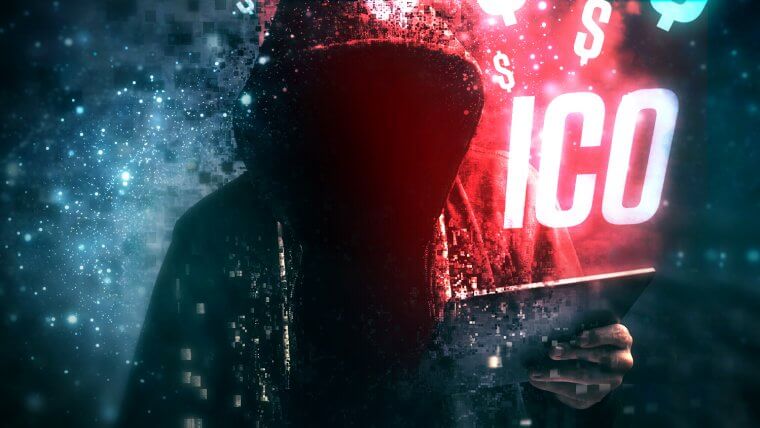 Lack of shared programs or code

Today, it is considered good practice to use GitHub and other depositories when working as a team of developers often in different countries. Therefore, depository, where the project is being developed, is usually available to track the progress of work on the project. If the code itself is not viewed because of secrecy, then at least the beta version of the program, which is going to be updated in the future, is offered for review.

Irrational use of funds

White Paper should clearly state how the funds collected during the ICO will be spent and the main expenses should be spent on the development and advertising itself, and not in the pocket of the founders.

It is also considered good form if White Paper developers are prohibited from selling their tokens in the first years of working on the project.

Missing or false information about the legal entity

If at the dawn of Bitcoin, you could close your eyes to the lack of a legal entity and the development team, since all the developments appeared on sheer enthusiasm, now when serious money came into the blockchain, the lack of a legal entity is a serious drawback to completely ignore this project. Typically, companies working with cryptocurrencies and blockchain open in countries that already regulate this area of ​​activity (Gibralatar, Malta and others). And by the registration number you can always check the registration of the company in any country.

Conclusion: Investing in ICO is an affordable tool with a low entry threshold, but because of the unregulated sphere of cryptocurrency and low financial literacy of the majority of the population, this area is massively flooded with various kinds of scammers who collect under the guise of ICO money of gullible citizens. Behind the whole mass of scam ICOs, it became difficult or almost impossible to discern the “living” standing ICOs with an original idea and a professional development team, investing in which makes it possible for investors to earn several times larger amounts. Therefore, in order to become a successful investor in ICO, you first need to understand the technology of the blockchain and its capabilities, as well as learn how to sift out ICO projects created by scammers. With proper selection of ICO for investments, the possible income can be measured in thousands of percent, which is not possible to obtain using other more traditional ways of investing. To make it easier for you to navigate the current and future ICO, there are many aggregator sites for ICO selection, for example, cryptonly.org.