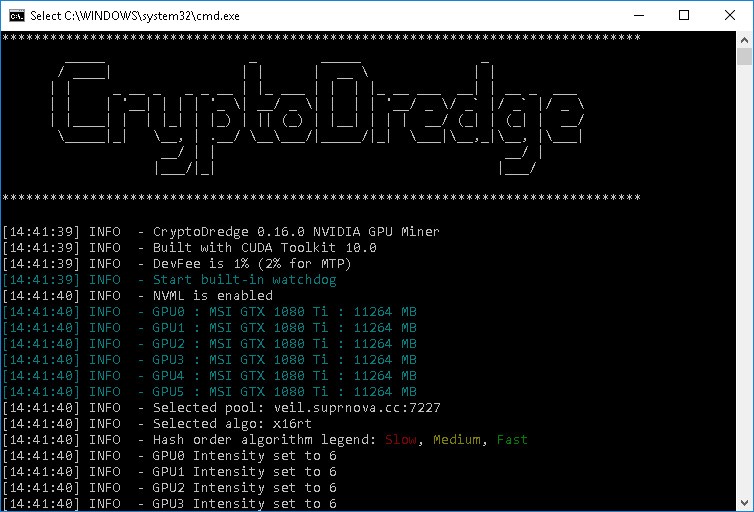 The latest version of the CryptoDredge 0.16.0 NVIDIA GPU miner adds support for the new X16RT algorithms, which is used to mine the newly launched Veil coin, and Lyra2zz, used for mining LAPO. In addition, the latest version has improved production stability on the MTP algorithm, which is used by the Zcoin project (XZC) . If you are currently using any other miner for mining Veil or XZT, then CryptoDredge 0.16.0 may be of interest to you, since it is quite stable and has excellent performance for these algorithms. As a rule, it shows itself better than its competitors, not to mention the fact that at the moment it is the fastest miner for the X16RT algorithm.

Please note that CryptoDredge supports only NVIDIA graphics cards and is closed source software that comes with a built-in developer commission of 1% for all supported algorithms. However, at present, for the MTP (Zcoin) mining algorithm, the developer’s commission is 2%. The miner is delivered only as precompiled binaries for Windows and Linux (CUDA 9.1, 9.2, 10). Download CryptoDredge 0.16.0 for Windows and Linux from a GitHub developer.