A new version of the most popular Aleo solo mining miner has been released - DamoMiner v2.2.4. We recommend updating to the new version as soon as possible, as it has significant improvements in terms of mining performance.

According to the developers, the new version improves ALEO mining performance by 10%+ for Nvidia 3000-series graphics cards, and even more for Nvidia 2000-series GPUs, by as much as 15%+. In addition, and importantly, the requirements for the central processor have been reduced, now the same processor can power more powerful video cards or even more of them. 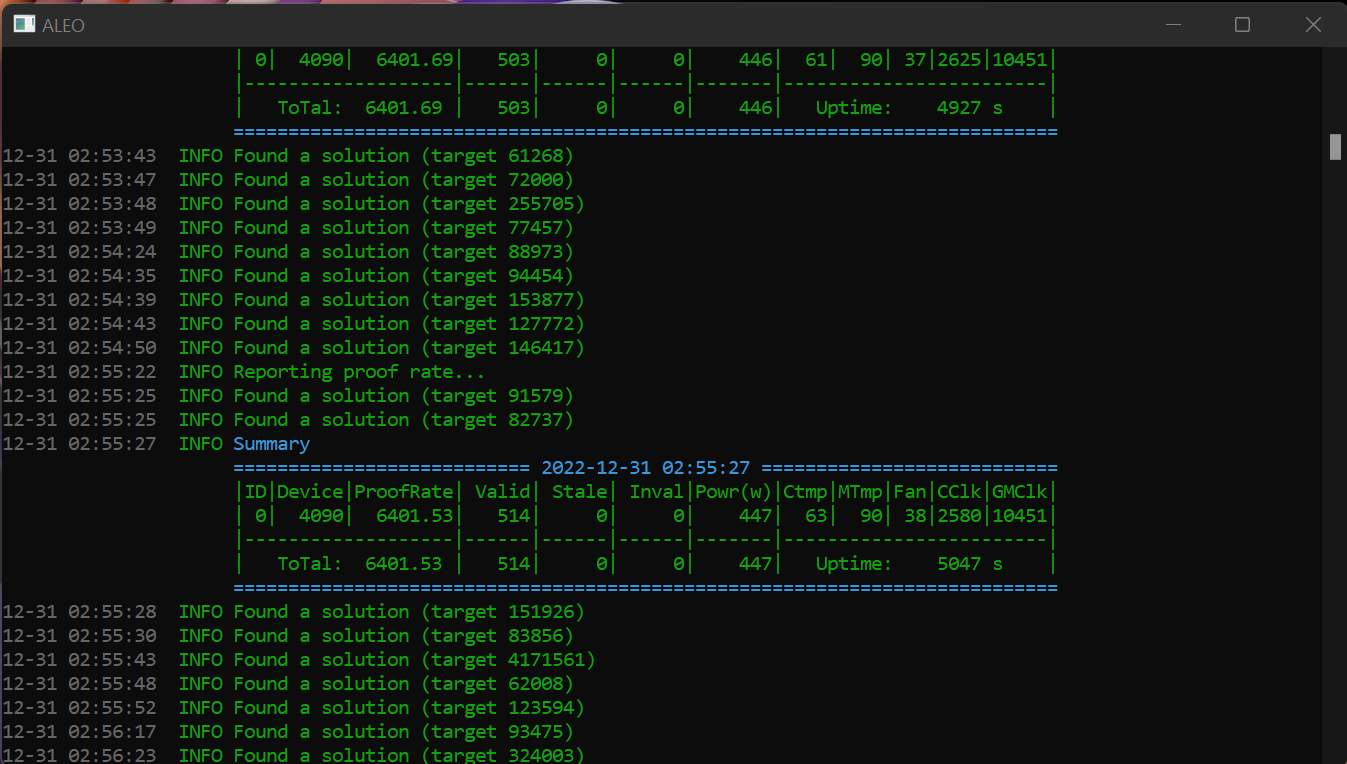 The update also implemented support for the automatic switching of proxy settings, support for the miner API, which simplifies connection to cluster management and monitoring tools.