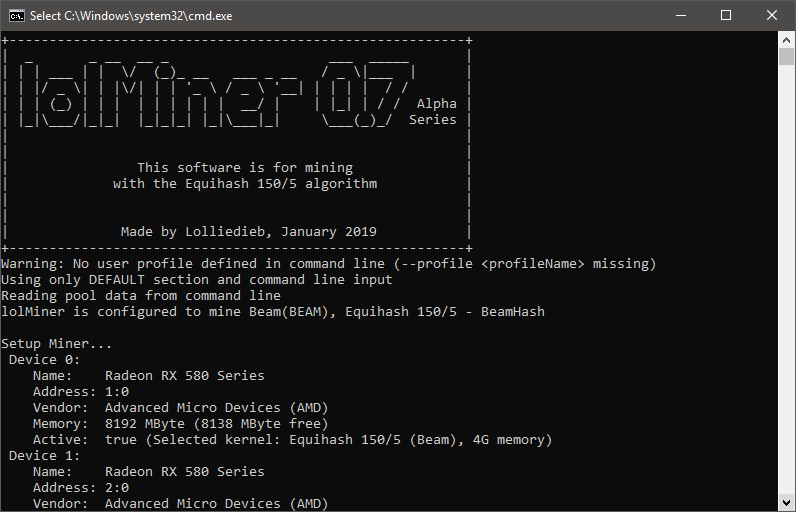 Lolminer is so far the only miner that allows the use of video cards with 3Gb video memory in the mining cryptocurrency Beam, which include the popular GTX 1060 3Gb miners and the almost forgotten legends R9 7970, R9 280x and their analogues. And the old AMD R9 from 2012 is not only nominally able to mine the Beam cryptocurrency, but also generate income from such mining even considering their high power consumption. Lolminer will be appreciated not only by the owners of "vintage" AMD video cards, but also by the owners of modern AMD RX video cards for the high hash rate comparable to Nvidia video cards.

Be careful before turning it on, because the miner is quite voracious and uses the video card to the maximum.

Download the latest version of Lolminer on the Bitcointalk forum.