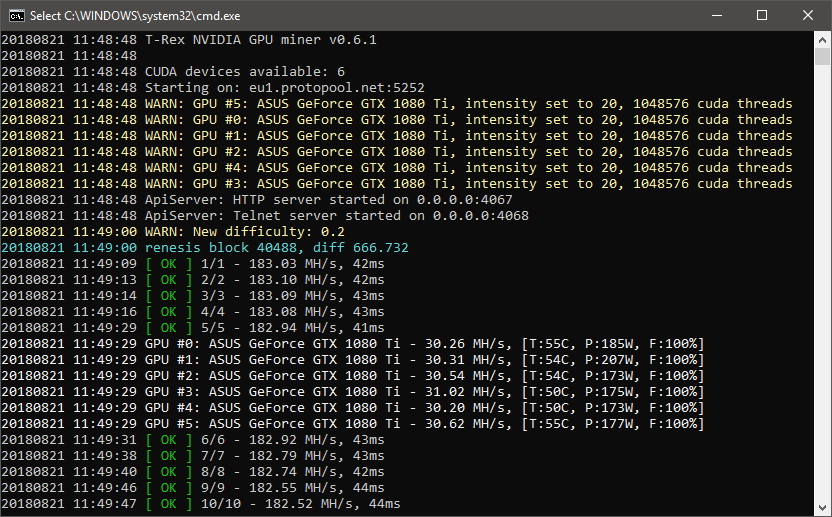 The T-Rex miner is gradually becoming an increasingly popular solution for the production of crypto-currency due to the number of supported algorithms, good performance in most of them and ease of use. In the new version of T-Rex 0.6.1, two new algorithms have been added - Bitcore and Sonoa, as well as a slightly improved hashed on all supported algorithms except Lyra2Rz.

In addition, the function of submit extra shares added, which allows you to reduce the number of rejects. If you already use the T-Rex miner for mining, we recommend that you upgrade to the latest version to get the maximum performance for crypt mining. And as usual we remind that the miner has a closed source code and 1% commission for the developer. Before using the miner, make sure that you have the latest version of the drivers for NVIDIA GPU, because the executable files for Windows and Linux are compiled for CUDA 9.1 / 9.2.