We recently got acquainted with the new original Merit project, which differs from others with its original idea in the method of mining the Merit coins. As you probably already know, there are two main types of mining: POW (proof of work) - confirmation of work execution or classic mining crypt ocurrency and POS (proof of stake) - acknowledgment for shares or mining due to the accumulation of crypto currency in purses. The Merit development team decided to add a small variety to this list by supplementing the classical method of POW mining by a new method of distributing the crypto currency according to the rating of the participant, which primarily depends on the number of active people he invited in this system. Let's take boldness and name it method Proof of Affiliate (POA).

The system of invitations is built in such a way that the number of available invitations for each participant is limited, and to register in the system and get your wallet and begin to engage in MERIT mining by invitation only from another participant. Thus, the project managers limit the growth in the number of participants without allowing a sharp influx of miners because of which many new projects in the crypto currency have already died.

Since we have already started talking about MERIT mining, we will dwell on it in more detail.

The MERIT crypto currency is based on a new algorithm called the Cuckoo cycle. Under this algorithm there are already several miners for CPU and GPU (Nvidia). Mining on the CPU is possible through the official purse of this project, but the speed of mining on central processors is significantly inferior to mining on video cards. The performance of mining on video cards can be seen in the table below.

GPU miners for video cards AMD at the moment does not exist yet. 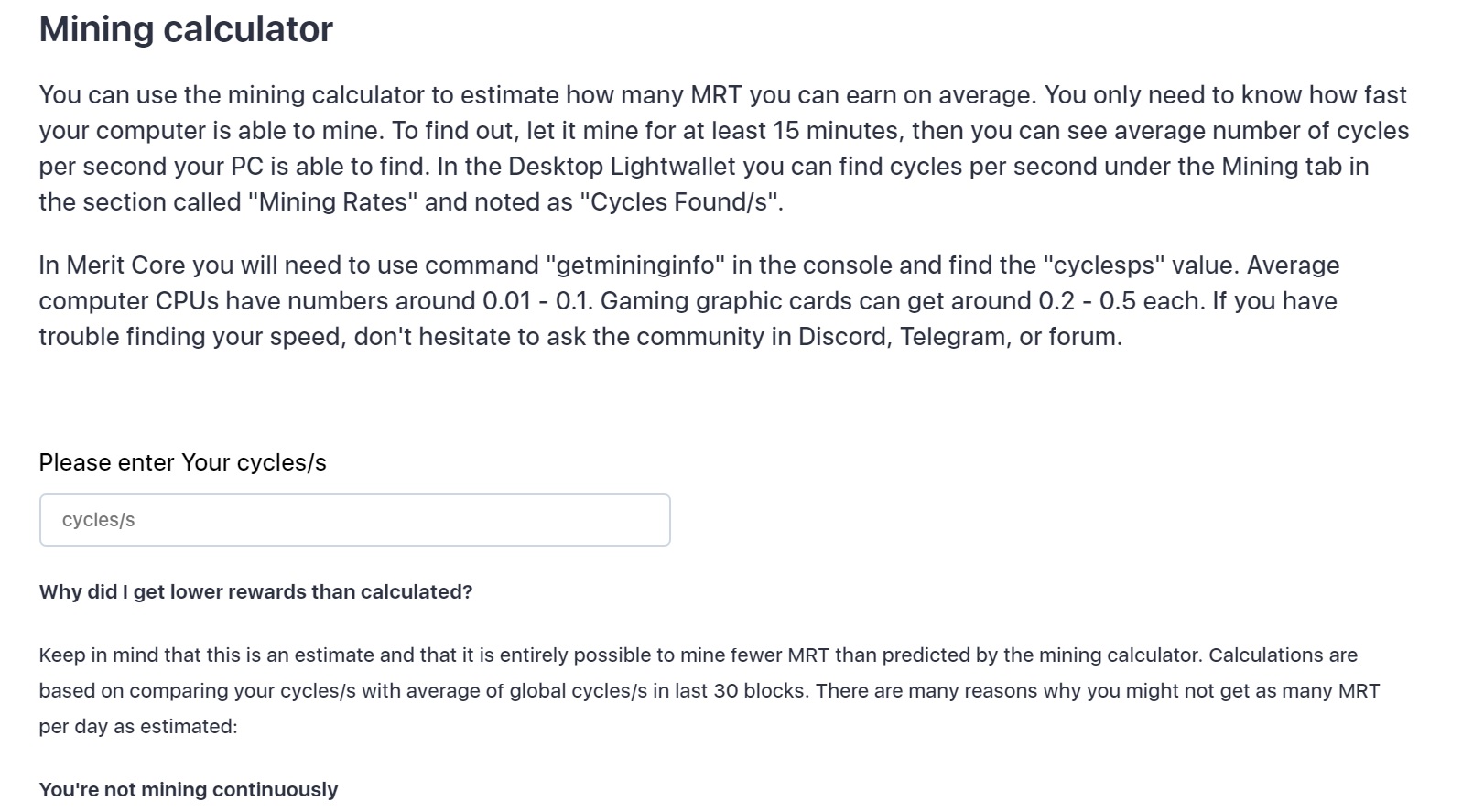 The calculator above will give you only the amount of MERIT that you can earn per day. To fully calculate the profitability of mining, you need to know also the price of this crypto currency. The cost of MERIT can be found on the official exchange MERIT, where it is possible to exchange for Bitcoins. At the moment, 1 MERIT costs about 0.4 USD. On foreign exchanges trading MERIT crypto currency not been found to date.

The developers also took care of creating the pools for mining in advance: 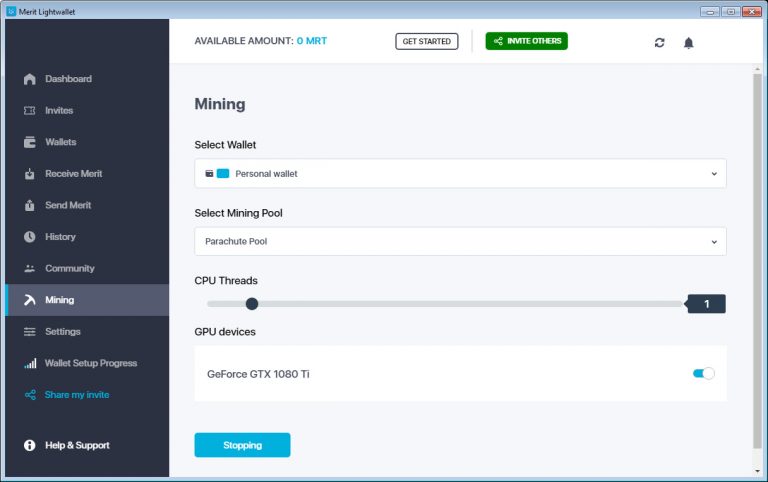 Initially, the proposed Merit miner heavily loads the processor and is unstable, so that the computer does not stand idle when your miner once again completes its work incorrectly, you can create a BAT file that restarts the miner every half an hour.

An example of such a file.

Now let's talk about how the reward for invitations in the MERIT network is realized.

When mining with graphics cards, the miners find a new block every 60 seconds, which contains 20 MERIT coins. Of these 20 coins, 10 goes to the miners, and the second half in the amount of 10 coins is distributed among all participants, and the higher the rating of the participant, the more these coins he gets. The rating of the participant is formed mainly due to the number of invited new participants. When buying or selling Merit, the rating is similar, it also has the property of changing. It is worth noting that the dependence of the distribution on the rating is not officially confirmed.

The site has very little information on the algorithm for distributing Merit coins among the participants, it is indicated only that half of the coins are distributed among participants randomly.

If you are interested in becoming a participant of this project and engaged in the MERIT mining, please follow the link below and register by our invitation. After registration, your wallet will be blocked for some time (you can not send MERIT to another address) until we confirm your registration, which may take some time. To accelerate this process, you can write on the forum in this thread.