Hive OS is a popular service for miners offering a convenient Linux platform for organizing work with mining rigs. The service website has a page with detailed statistics on the equipment used, miners and popular algorithms at the moment. According to statistics, the Ethash algorithm continues to be the most popular 65%, Cuckoo (GRIN) takes the second place with a large lag of 12%, Equihash 150/5 (BEAM) ranks 3rd with 9%. The popularity of miners corresponds to the popularity of cryptocurrency: Claymore 53%, Bminer 9%, Phoenixminer 9%, Ethermine 6%, Gminer 5%, Lolminer 4%, T-Rex 2%. The distribution of video cards turned out to be surprisingly accurate at 50% on each side, i.e. Nvidia and AMD video cards are equally popular with miners at the moment.

If AMD video cards of the RX580 (480) and RX570 (470) levels occupy 88% of all AMD video cards, then Nvidia has a more varied distribution of preference for miners. GTX 1060 with 3Gb and 6Gb with a total share of 33% ranked first and second, GTX1070 ranked 3rd with a share of 13%, mining edition GTX1060 named P106-100 ranked 4 with a share of 12%. If we take into account all modifications of the GTX1060, then almost half of Nvidia miners 45% voted in favor of this video card. Strangely enough, the most expensive video card from last year’s NVidia-GTX1080Ti lineup with a share of 11% was ranked 5th. With a large lag in 6th place with 7%, there is a GTX1070ti video card. All other video cards were even less popular in mining. More information about the rating can be found in the diagram below or by link. 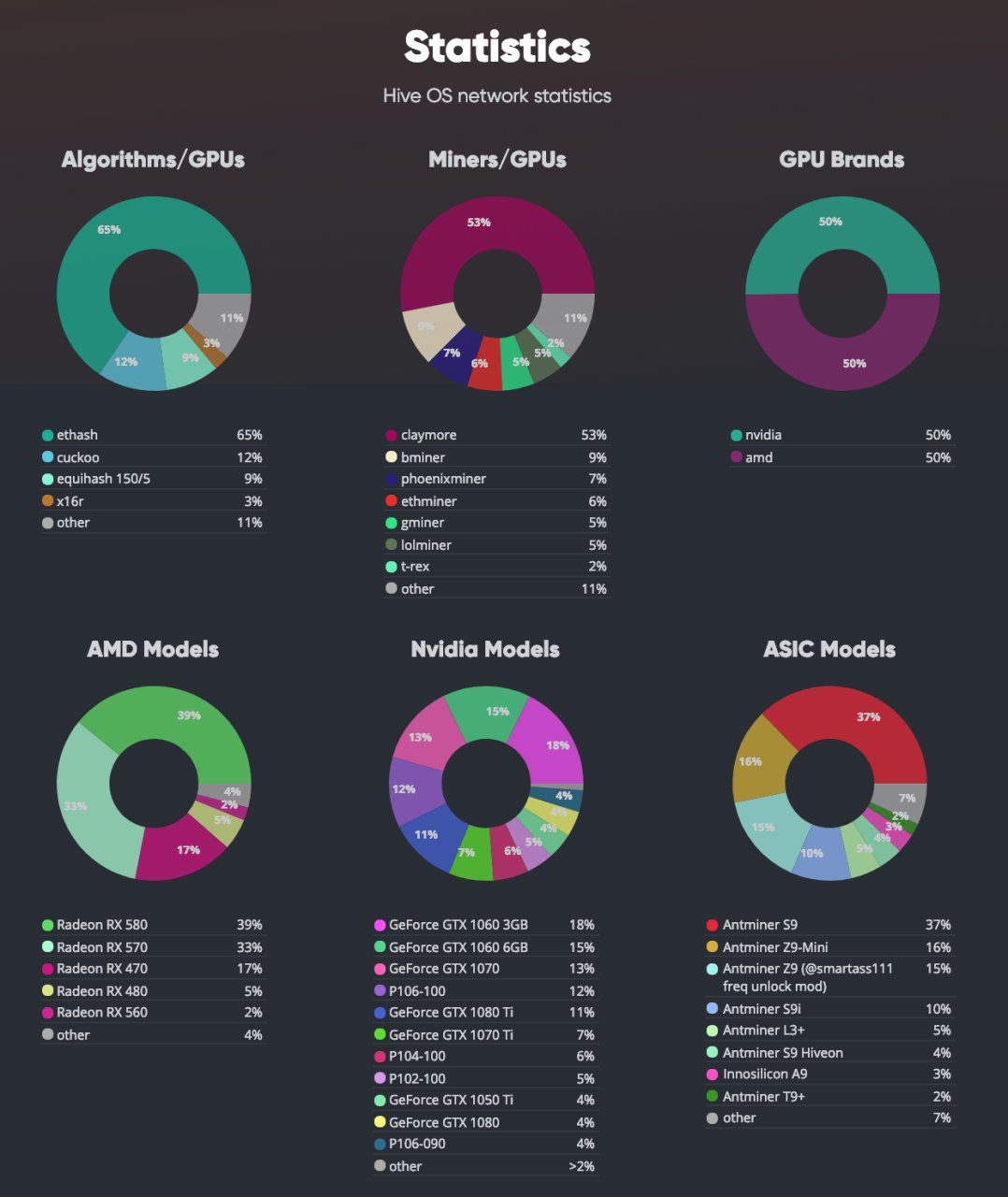 In addition to video cards, Hive OS provided the popularity rating of Asic miners, where Bitmain Antminer S9 is in the lead by a large margin with a share of 37%.