When in 2017 there was a boom in ICO, several projects of instant messengers with built-in cryptocurrency wallets were announced, but unfortunately none of them was widely accepted. In 2019, it was apparently realized that it was very difficult and expensive to break into the market with the new messenger, so projects such as Wuabit began to appear. The main idea of ​​the project is to use the interface of the already popular messengers Whatsapp, Telegeram, Viber, where using a chat bot or a simple command you can transfer your cryptovalue to another user. Since the audience using already known messengers amounts to billions, and using cryptocurrencies in them will be as simple and convenient as possible, then the popularity of payments in cryptocurrencies can become even more accessible to the general population.

To date, the Wuabit project is preparing to release its beta version into public access in April 2019. In the beta version, only Bitcoin transfers will be available and only the Whatsapp messenger will be supported. Gradually, the list of supported cryptocurrencies will be expanded, the list of supported platforms is also not limited to one Whatsapp, because Support for other platforms is already planned: Telegram, Viber, FaceBook Messenger.

We regard the emergence of such products as a very positive moment for the further popularization of cryptocurrency ideas, thanks to which cryptocurrency from a niche product can become a truly sought-after service of value transfer throughout the world. 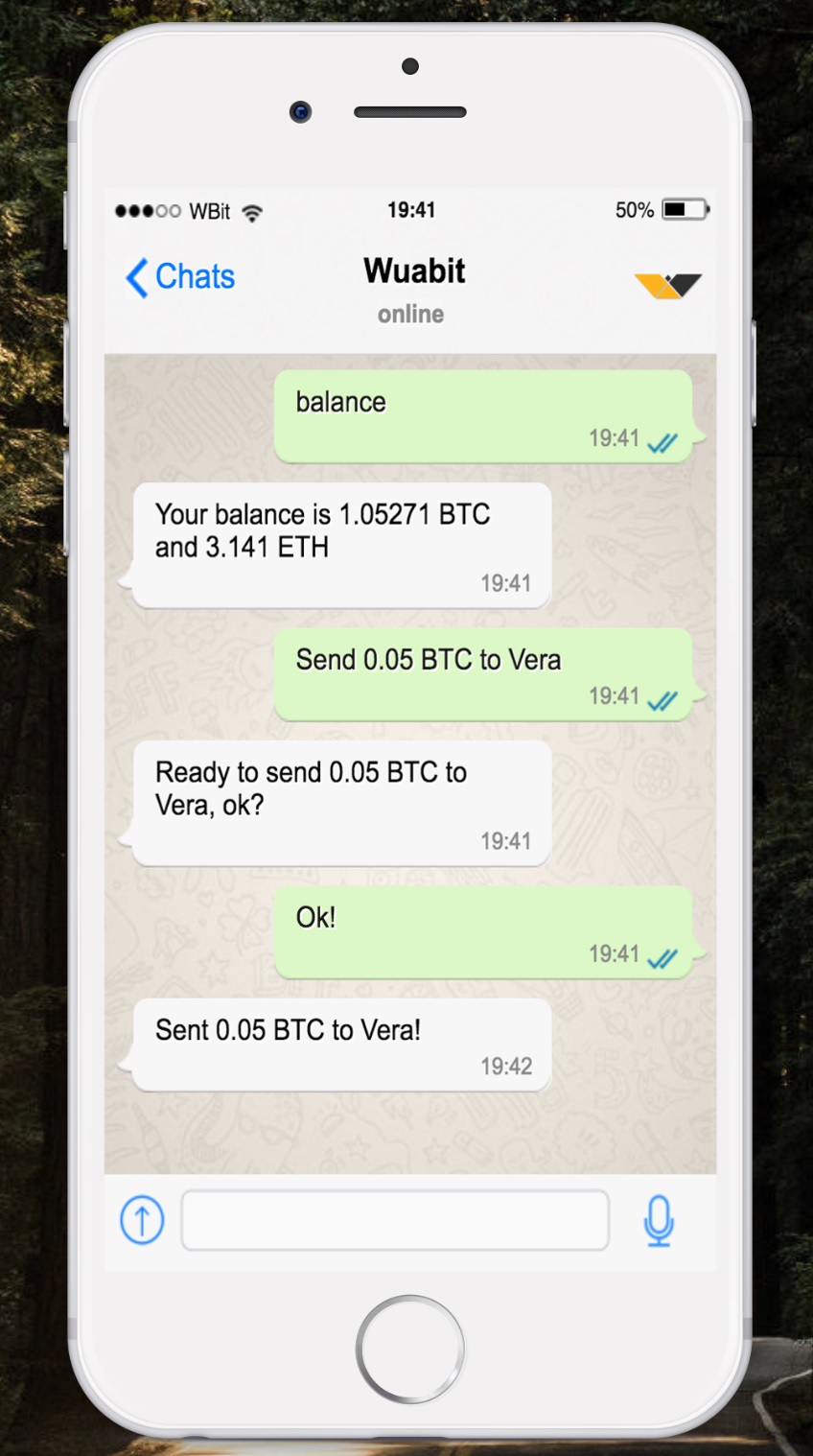