Genesis Mining is a large and well-known mining company in 2013 in the form of cloud mining. After a long break, amid a general recovery in the cryptocurrency market in the spring of 2019, it resumed selling contracts for cloud mining to Bitcoin. Two Bitcoin Radiant Classic and Bitcoin Radiant Zero plans are on sale, the main difference between them is the payment of contract maintenance. If in the first case, the maintenance fee of $ 0.099USD/TH per day is paid separately as needed, then the second Bitcoin Radiant Zero plan includes all costs for the entire year of contract maintenance, which is 2.4 times more expensive, respectively. Consider the current Genesis mining offer in terms of the payback of cloud mining. 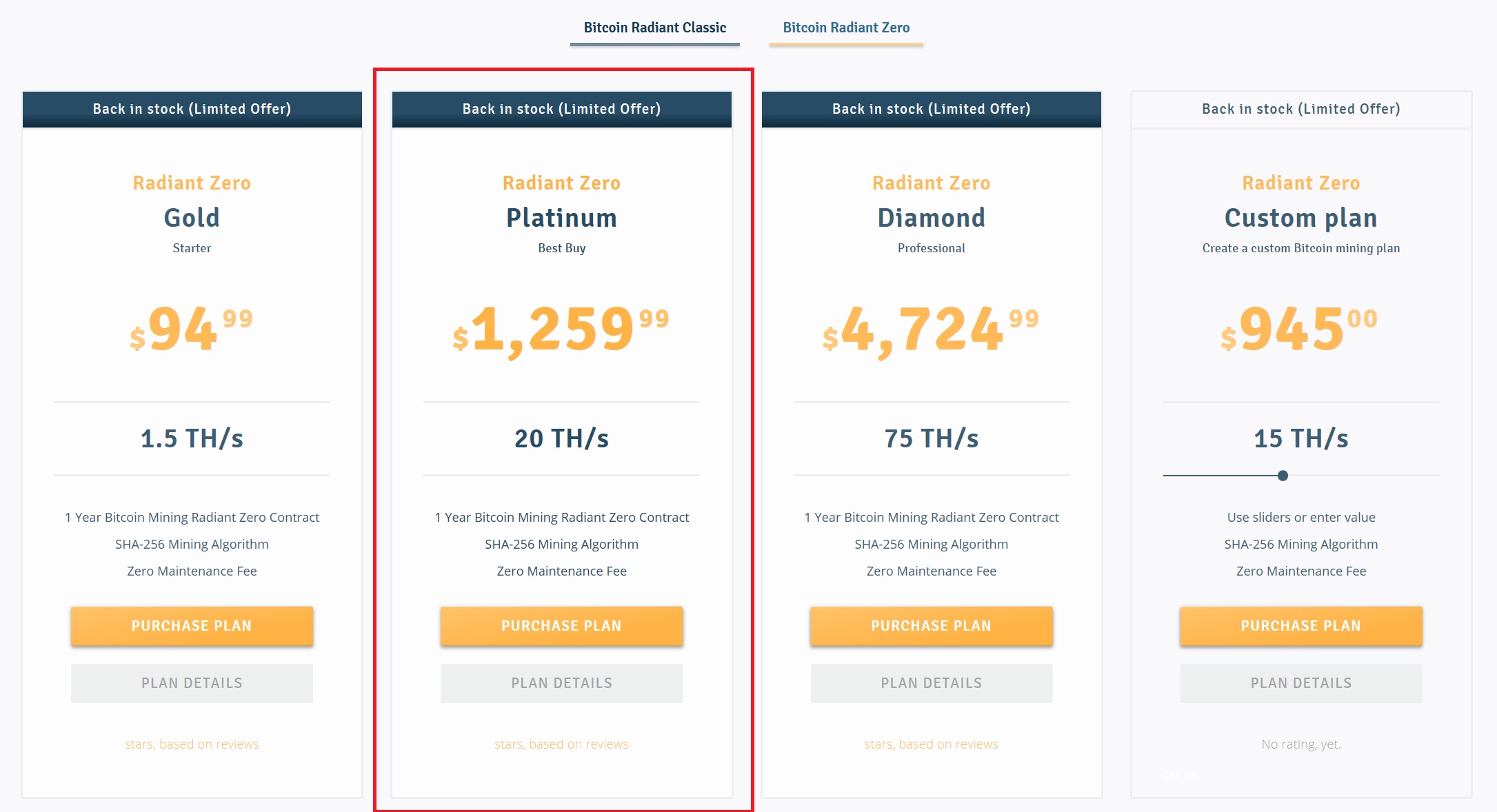 It is also worth noting here that at the end of May 2020, the so-called halving will occur in the Bitcoin network or in other words, the reward for miners will fall exactly twice from 12.5BTC to 6.25 BTC for each block found. Because The contract is valid for only a year, so in their calculations the block reward will be constant and equal to 12.5 BTC. When purchasing annual contracts starting from June 2019, in the calculations for payback, we will have to make adjustments to reduce the reward.

We proceed directly to the calculation of payback. Because Since 20TH is just 0.000000398 share of the total network of 50.300.000TH, then during the year the buyer of such a contract will earn a similar share of all the issued bitcoins for that year.

Now, the resulting amount must be multiplied by the already known share of the hashrate 0.000000398. We get 0,2615BTC earn such a contract within a year.

Now let us recall our condition to simplify the calculations and multiply the result obtained at BTC by its value adopted in the 5800USD condition.

Thus, we will get the final result in the amount of 1516USD, with a contract price of 1260USD, at the end of the year you can count on 20% per annum. What is much more profitable bank deposits, but do not forget, this type of investment is difficult to predict and the final result may be much higher, or vice versa, even minus. The main factors here are precisely the ratio of price and complexity, if the cost of Bitcoin increases faster than the network hashrate, then the benefit from the purchase of a cloud mining contract will also increase. Otherwise, if the network hashrate will grow faster than the price of cryptocurrency, or even the fact that the price drops when the hash rate increases, then the mining payback will rapidly fall.

Heshrate network can be viewed at this link.

It is also possible to calculate the profitability using special calculator services, for example, here.

If you compare with other cloud mining services, for example, Bitdeer.com (cloud mining from Bitmain), Genesis-mining offers not the most favorable conditions, because The cost of a 1TH / s annual contract with all expenses for Genesis will be 19% more expensive than BitDeer, 63USD / TH versus 51USD / TH. But Bitdeer.com has a big minus and this is a high entry threshold, you can one asic is rented with a different rental period, and with Genesis, you can choose rental capacity starting from 1.5TH / s, but the rental period is always constant one year.

Independently compare the proposals for cloud mining contracts of the three most famous services can be independently on these links: