NBMiner 30.0 - added the ability to change the memory timings for Nvidia video cards 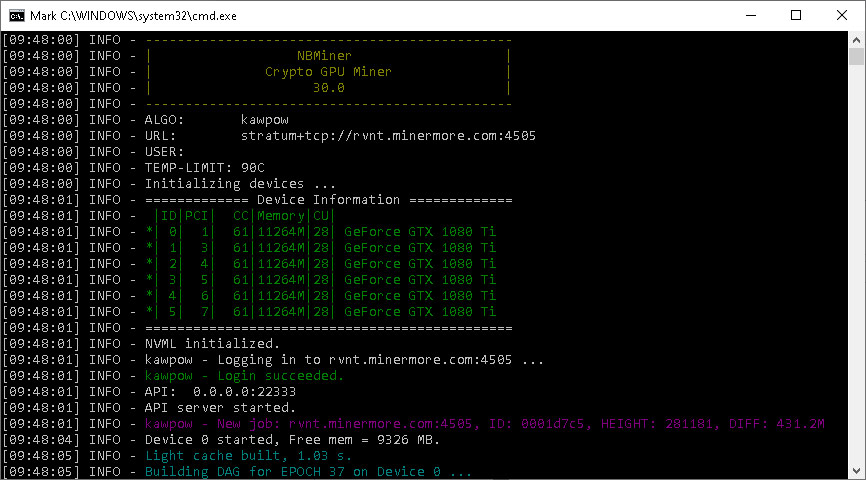 The main innovation in this version of NBminer is the ability to change the memory timings of GDDR5 and GDDR5X video cards from NVidia, which can significantly increase the hashrate of video cards, especially on mining algorithms that depend on the speed of the video memory (Ethash, ProgPow). To implement this functionality, the command --mt / <mode> appeared, where Mode is a number from 1 to 6 and the higher the number, the lower the timings of the video memory and the higher the hashrate in mining.

Changing the memory timings for Nvidia graphics cards can save you from using the pill - OhGodAnETHlargementPill for GTX1080 and GTX1080ti graphics cards that use GDDR5x memory.