In TT-miner 5.0.0 removed the commission of the developer 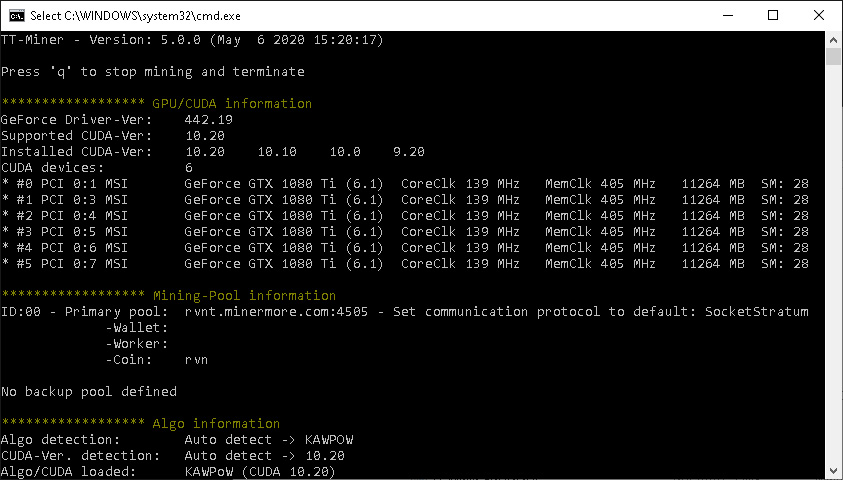 Now TT-miner is officially delivered without a developer’s commission, which means that the software will no longer spend 1% of your mining time on mining coins to the software developer. Although support and fixes will continue, obviously the further development of the miner can be stopped. In the latest major release of TT-Miner 4.0.0, support for the KAWPOW algorithm was added, and now with version 5.0.0 it becomes the second miner for KAWPOW without developer fees, just like the official kawpowminer, and this is a small advantage compared to other KAWPOW miners who charge 1-2% commission.

If you like TT-miner, you can support the developer directly. Official wallet addresses for developer support:

TT-miner supports the algorithms ProgPoW, KAWPOW, Ethash, UBQhash, MTP, Lyra2REv3, Epic, EagleSong and Kadena (Blake2S) for Nvidia GPUs and is available for Windows and Linux as precompiled executable files. The miner has closed source code and since version 5.0.0 there is no developer commission. Download the latest version of TT-miner 5.0.0 for Windows / Linux.