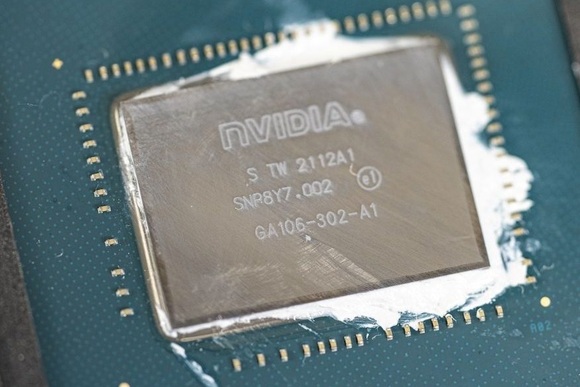 In May 2021, Nvidia decided to limit all its gaming video cards of the Ampere or RTX 3000 series (except for the oldest RTX 3090 model) in cryptocurrency mining performance. Therefore, the new models announced in May: Geforce RTX 3070 Ti and RTX 3080 Ti come with a mining limiter by default, and models RTX 3060 Ti, RTX 3070, 3080, which initially had no mining limits, starting from week 22 of 2021 are also released from a new revision of the GPU, which will also have built-in protection against mining. To distinguish between old (unlocked) and new (locked) revisions of video cards, Nvidia introduced a new term LHR (Lite Hash Rate). The RTX 3060 video card stands apart here, which was originally released with a mining limiter, but later this limitation was bypassed and NVidia had to release a new GPU revision for the RTX 3060 with stronger protection against mining, but at the same time, the RTX 3060 video card, like The RTX 3070 Ti and RTX 3080 Ti do not have the LHR designation in their names, although in fact they are. It becomes even more confusing because almost all brands that produce Nvidia video cards do not indicate on the box or in the name of the LHR model whether it is a video card or not. Actually, in this article, we will try to tell you by what signs it will be possible to distinguish LHR video cards from Nvidia, produced by various brands: ASUS, Palit, MSI, KFA2, Gigabyte, Inno3d.

All RTX 3090 graphics cards have no mining limits.

The RTX 3060 video card has two types of software blocking, which has already been hacked, and LHR. LHR marking for this video card is also not indicated, since these video cards were originally released with mining blocking.

The Nvidia RTX 3070 Ti and RTX 3080 Ti graphics cards are all with the LHR mining limiter, even if this is not indicated in the name and on the box with the video card. 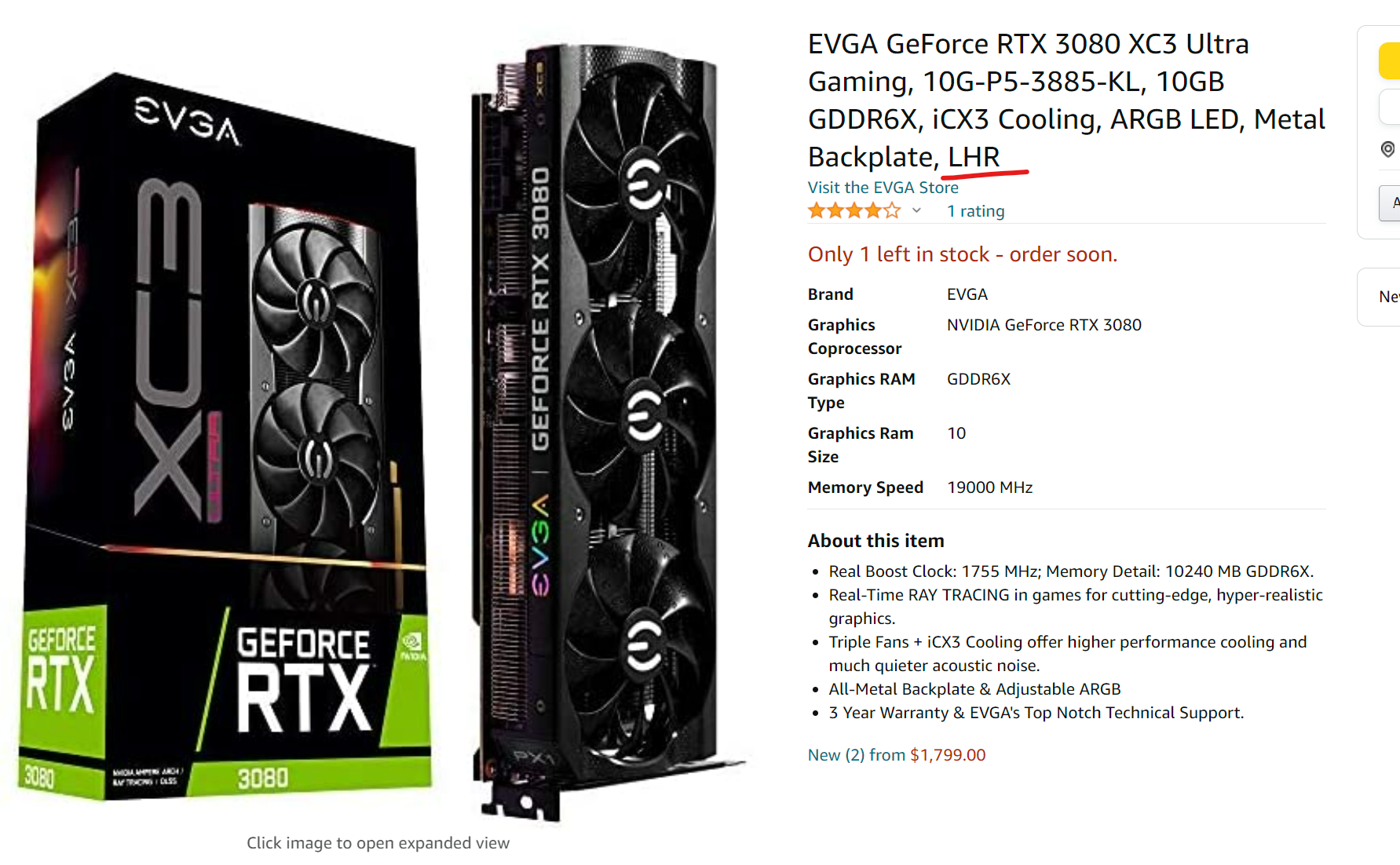 For RTX 3060Ti, RTX 3070 and RTX 3080 video cards, the manufacturer can indicate on the box or in the name that the sold video card belongs to the new revision, which implements the Lite Hash Rate (LHR) technology. In this case, it is immediately clear that in mining such video cards will show an underestimated hash rate.

If the name of the model does not indicate that this is an LHR model, then unfortunately, this does not mean that this is an old revision with no mining restrictions. It can be either LHR or a regular video card.

For what reasons manufacturers mislead buyers: intentionally or not. One can only guess.

If you come across a video card without the LHR designation, then to check such a video card for mining restrictions, you will use other methods.

This is the most reliable way to check for the presence of LHR in an Nvidia video card, but for this you need to install the tested video card into the computer and run the CPU-Z program or similar in which it is possible to find out the GPU ID of the video card. 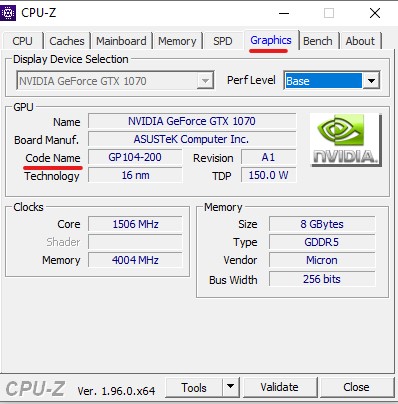 It is clear that when buying a video card to order or in an online store, you will not have such an opportunity, so this method is more suitable when buying video cards in the secondary market or in a local store from which you can return the goods in the first days after purchase.

All video cards, depending on the model and manufacturer, have their own unique number or product code. Each company in this regard has its own rules for the designation of various models of video cards and their performance.

With the release of LHR modifications, all manufacturers released new revisions of video cards, which was reflected in their designation:

It is worth noting that companies that do not directly indicate LHR in the designation of models (ASUS, Gigabyte, Palit, Gainward) under the new indexes can hide both old GPUs without blocking, and new ones with LHR, but the chance to get a video card with LHR which has that it is 2 or 3 revisions - much more.

Because LHR models began to be produced only at the end of May 2021 (22 weeks), so all video cards released before this date have no mining restrictions. And if the release date is the end of May 2021 or later, then the video card may have these restrictions. And if there are no other signs by which you can determine whether LHR is a video card or not. Then the only correct option to find out is to install the video card into the computer and start mining on the Dagger Hashimoto (Ethereum) algorithm or check the GPU-ID.

where 2125 is 21 years and 25 weeks. Therefore, it is highly likely that this video card will be with LHR.

where O20 is the month of October (O) and 20 is the year. This is a card without LHR, because released back in 2020. Months at Palit are designated from January to September with numbers from 1 to 9, and then the letters O - October, N-November and D - December.

For Zotac, EVGA, KFA2 and Inno3D video cards, we did not find information on how to determine the production date by the serial number. If you have such information, share it with us in the Cryptoage telegram chat.

Method 5. By marking the GPU chip.

You can also find out the GPU ID of the video chip by disassembling the video card and removing the thermal paste from the chip, where the GPU ID will be engraved. This method is not necessary, since The GPU ID can be found using the CPU-Z program, especially since disassembling a video card loses the warranty and it will no longer be possible to return such a video card to the store under warranty.

The production date of the video card is after 22 weeks of 2021, i.e. after May 2021 does not mean that all video cards released after this date have the LHR mining limitation, because manufacturers still have stocks of old GPU chips that they are gradually using in production. Accordingly, the later the release of the video card, the less chances to buy an Nvidia video card without a mining limiter.