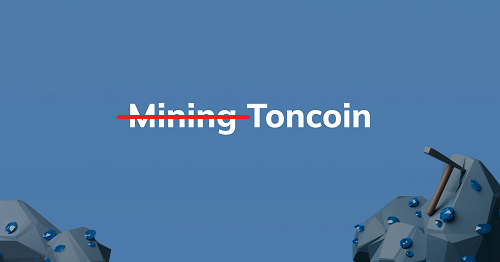 Because the number of ton coins for mining was initially limited, then the moment when POW mining TON would ever end was only a matter of time. And this moment came on June 23, 2022, when the last TON coin was mined using a video card. From now on, the minting of new coins will occur only with the help of POS mining, as was originally intended.

POS mining for the TON project involves launching a validator (server) with 600,000 TON coins in the account (600,000USD at the exchange rate on June 27, 2022), which not all crypto enthusiasts can afford.

Actually, due to the high threshold for entering the POS mining of the TON cryptocurrency, at the initial stage, POW mining was launched, which was available to everyone, thereby popularizing this project among miners.