The Dynex Crypto Project (DNX) is a next-generation distributed platform for neuromorphic computing (a computational model modeled after the human brain) based on the revolutionary and flexible blockchain protocol. It consists of PoUW miners that make up a decentralized computing network capable of computing at unprecedented speed and efficiency that even exceeds quantum computing.

The coin has its own Proof-of-Useful-Work (PoUW) mining algorithm called DynexSolve, which allows miners to perform calculations on the Dynex Chip and be rewarded in the form of DNX coins for this. Dynex Chip is a neuromorphic chip design based on ideal memristors. Since such a chip cannot be created using current technologies (ideal memristor), it is modeled with ODE integration. As it turned out, the simulated circuit demonstrates all the desired characteristics (long-range order, instantonic behavior, and others) and works quite quickly if simulated on a sufficiently large number of GPUs. There is a reference implementation on GitHub so anyone can try it out.

Dynex is a very interesting project and different from most other cryptocurrencies, the purpose of which is not only to use the computing (mining) power to operate and secure the Blockchain network that it uses, but also to try to actually use this huge power that is provided by the equipment of the miners to create large decentralized neural network. The project is still under development and there are some issues that are being addressed in a timely manner. But, since the project is still quite new, it will take a lot of work and time to fully realize the idea. If Dynex was able to interest you, then now is the perfect time to join him at an early stage of his development. 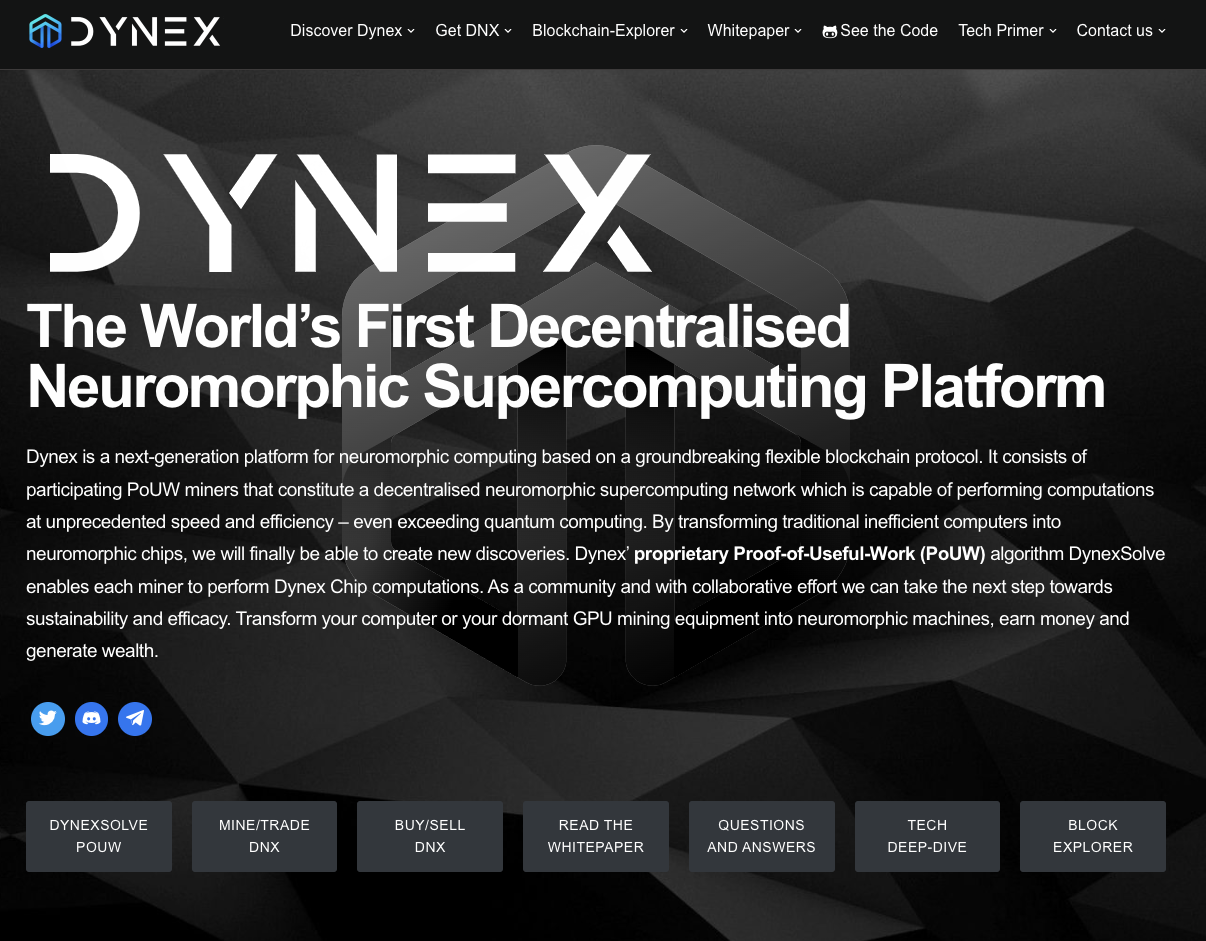 Since Dynex uses its own DynexSolve mining algorithm, you will need to use a specialized graphics card mining program called DynexSolve of the current version 2.2. version for central processing units (CPU). Unfortunately, AMD graphics cards are not yet supported. The mining software imitates the so-called Dynex neuromorphic computing chips, and it seemed to us that this algorithm loads the video memory more than the GPU. You can mine Dynex (DNX) under both Widows and Linux. We also recommend that you follow the developers' discord for timely information about innovations, bug fixes and new versions. Dynex mining is already supported by several pools such as mineradnow.space, newpool.pw and neuropool.net. The coin is already available for trading on the TxBit exchange.

Additional information can be obtained on the official website of the project.