In the current line of Nvidia video cards, the GTX1650 model occupies the lowest position, replacing the Pascal Geforce GTX1050Ti video card, which in turn is now quite popular among miners. If we consider that the GTX1650 has more Guda cores and a more productive memory subsystem, then the novelty has every chance to become a popular solution for assembling  mining rigs. In order to finally decide on the purchase of a particular video card for mining, you need to know its capabilities compared to other models, so you can familiarize yourself with the actual tests of the Gigabyte Geforce GTX1650 OC 4Gb video card in the mining on various current algorithms.

As it was already possible to guess, the considered Geforce GTX1650 video card will be between the GTX1050Ti and the GTX1060 of the previous generation in its mining capabilities, but with a noticeably better indicator of energy efficiency. Let's check these guesses in practice.

Testing was conducted in two modes: standard (without overclocking) and overclocking by + 100Mhz in memory and the kernel with an additional PowerLimit of 75%. 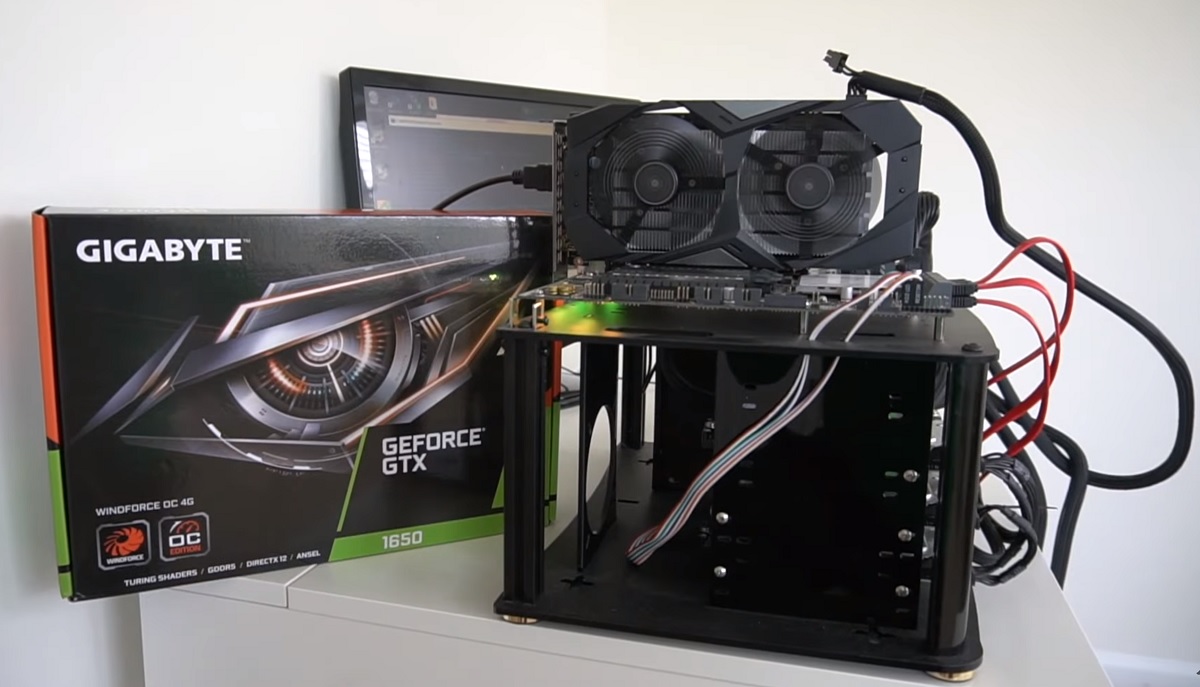 The test results can be found in the table below:

* Mining on MTP and Cucaroo29 algorithms with 4GB of memory is possible, but the hash-rate drops significantly, so the use of such video cards on the memory of dependent algorithms is not advisable.

The test results also turned out to be predictable, for example, on the Ethash algorithm, the GTX1650’s advantage over the GTX1050Ti is minimal due to the similar memory subsystem (GDDR5, 128bit), but on the GPU, the dependent GTX1650 algorithms due to the larger number of Cuda cores and the higher GPU operating frequency already show significantly better results, which, as expected, fall short of the GTX1060 and even more so the GTX1660. The only advantage of the new Pascal video card is the lower power consumption that may be interesting for miners with a high price for electricity. In other cases, the Geforce GTX1650 looks rather weak compared to the older models of the GTX1060, GTX1660 and GTX1660Ti. Moreover, the price of the new GTX1060 video card is now slightly higher or comparable to the GTX1650, and if you still consider the large number of Pascal generation graphics cards on the secondary market at even lower prices, buying a new GTX1650 will look even less profitable.

You can compare the mining performance of the GTX1650 video card with other models on our website: Actual hashrate for video cards in 2019

Calculation of payback and profitability of mining can be made independently using the online mining calculator Profit-mine.com