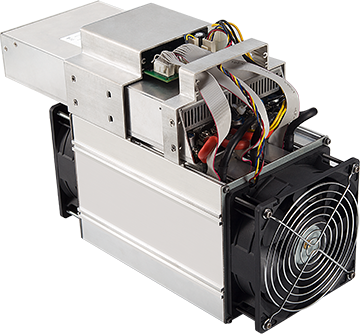 StrongU Miner, a little-known Chinese cryptocurrency mining equipment company, has completely updated its asic miner's lineup for the X11, SHA-256 and Blake256R14 algorithms. Let us consider in more detail the STU-U8 model for mining Bitcoin cryptocurrency on the SHA-256 algorithm. From the technical specifications, unfortunately, it is not indicated for what standards this Asic miner is made, but given the 46TH/s hashrate and 2200 watt power consumption, it is not much inferior to the recently announced new products from the market leader Bitmain - ANTMiner S17. Therefore, we can conclude that the STU-U8 is also made according to the norms of 7nm, as well as its main competitor.

The cost of an asic miner is significantly lower than that of Bitmain, and StrongU already bundled with an asic and sells a power supply to it. But it is not in favor of this decision that the small popularity of this company and the much later start date of deliveries play - July instead of the end of April at Bitmain. In terms of energy efficiency, the asic from StrongU Miner is slightly inferior to ANTminer S17, 46J / TH instead of 39.5J / TH, or 15%.

You can read more about the new products on the website of the company strongu.com.cn