Veruscoin cryptocurrency has been around for about a year, using VerusHash's own CPU algorithm as an encryption algorithm. On which even top-end video cards show very weak results, which are several times worse than those of middle-end processors. Therefore, this material will be more interesting to those miners who are interested in mining cryptocurrencies on central processing units. Due to the fact that there are a huge number of different CPU models, from mobile to server-based, therefore, google docs created a publicly available database on the hashrate of 139 different CPU models.

You can view this table at this link.

The Geforce GTX1080ti video card on the VerusHash algorithm shows only 7.3 MH / s, which is 3 times less than the Ryzen 7 1700. For this reason, the use of video cards on this algorithm is not advisable. 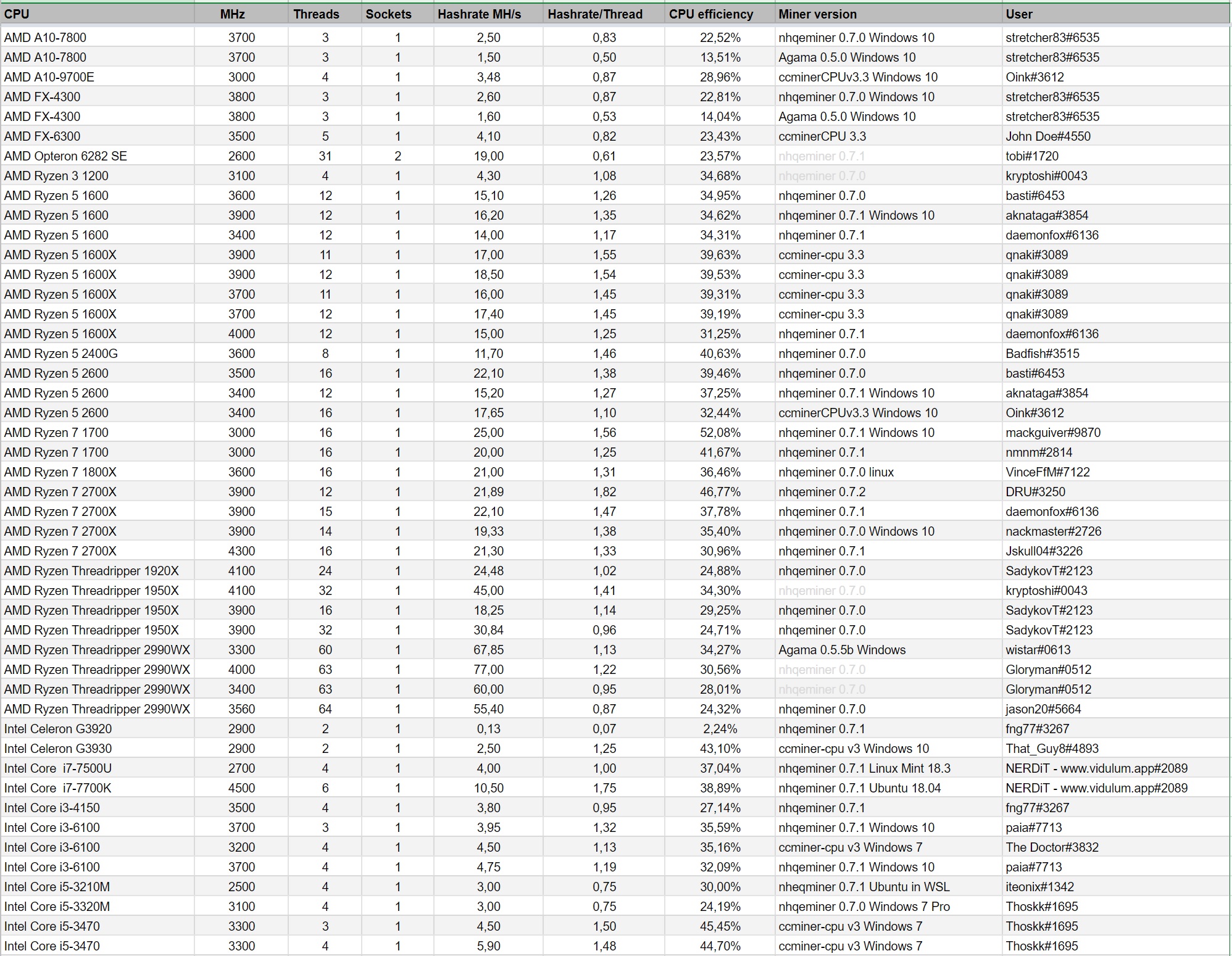