On November 4, 2021, Intel launched the new 12th generation of its X86 Core processors with a completely redesigned architecture that includes full and power-efficient cores, as has long been the custom for ARM processors for cell phones. The most powerful Alder Lake generation processor solution is the Intel Core i9 12900K with 24 cores and 30 MB of L3 cache. The 24 cores are derived from 8 full X86 cores with hyperthreading (16 threads) and 8 energy efficient cores without hyperthreading. As nowadays cryptocurrency mining is no less interesting than gamble and work tasks, so it will be no less interesting to know how much the top Intel processor shows hash rate on popular mining processor algorithms. 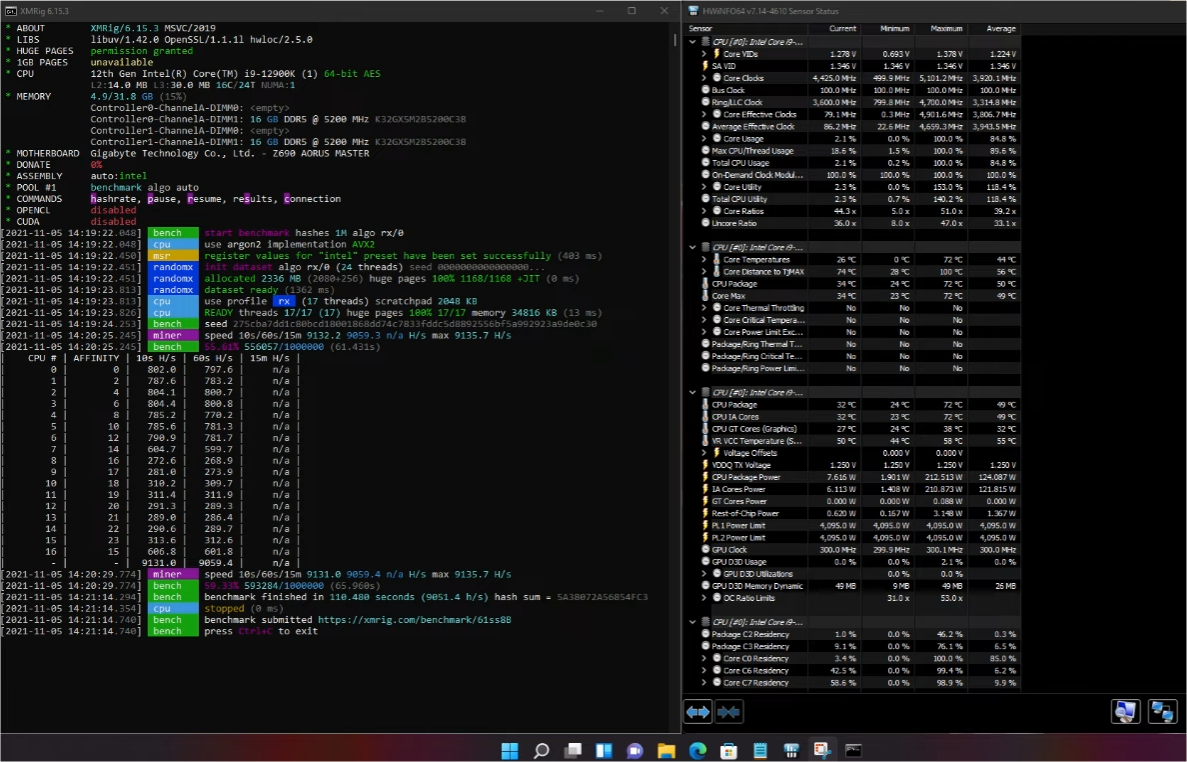 The result of 9000H/s cannot be called impressive, because the competing AMD Ryzen 9 5950X processor is twice as good in this discipline. 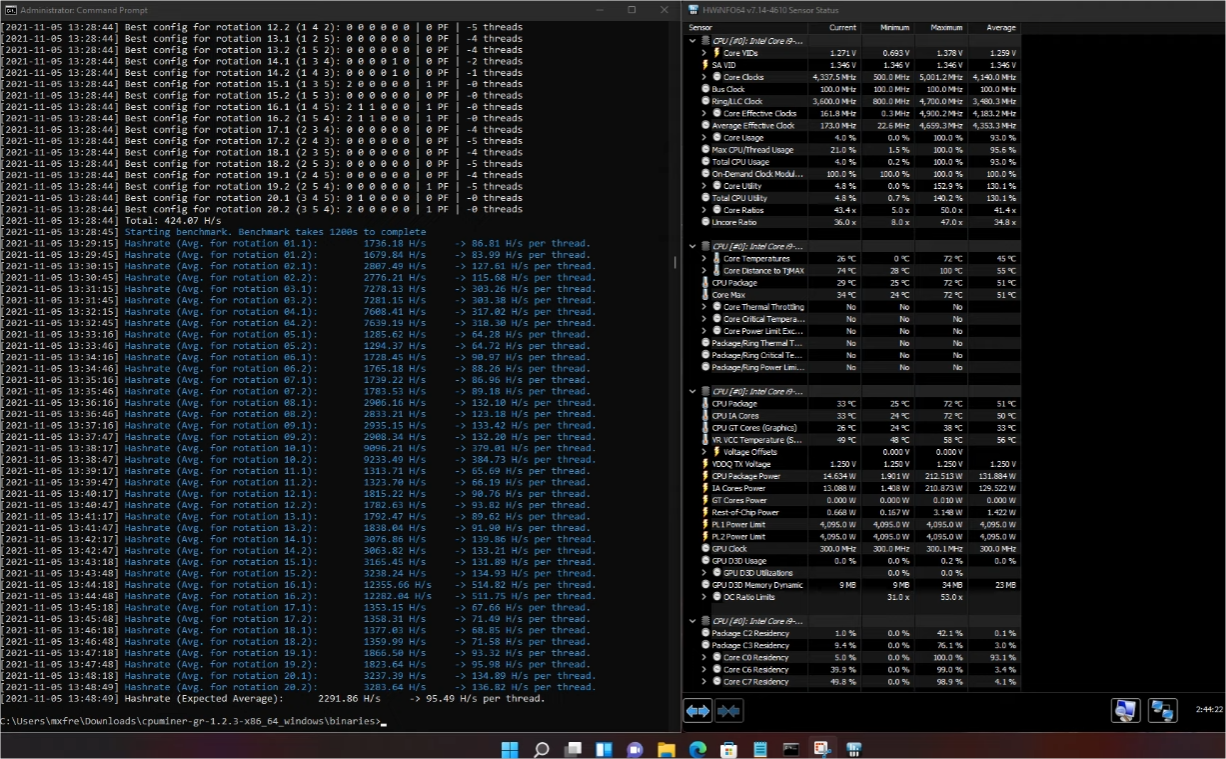 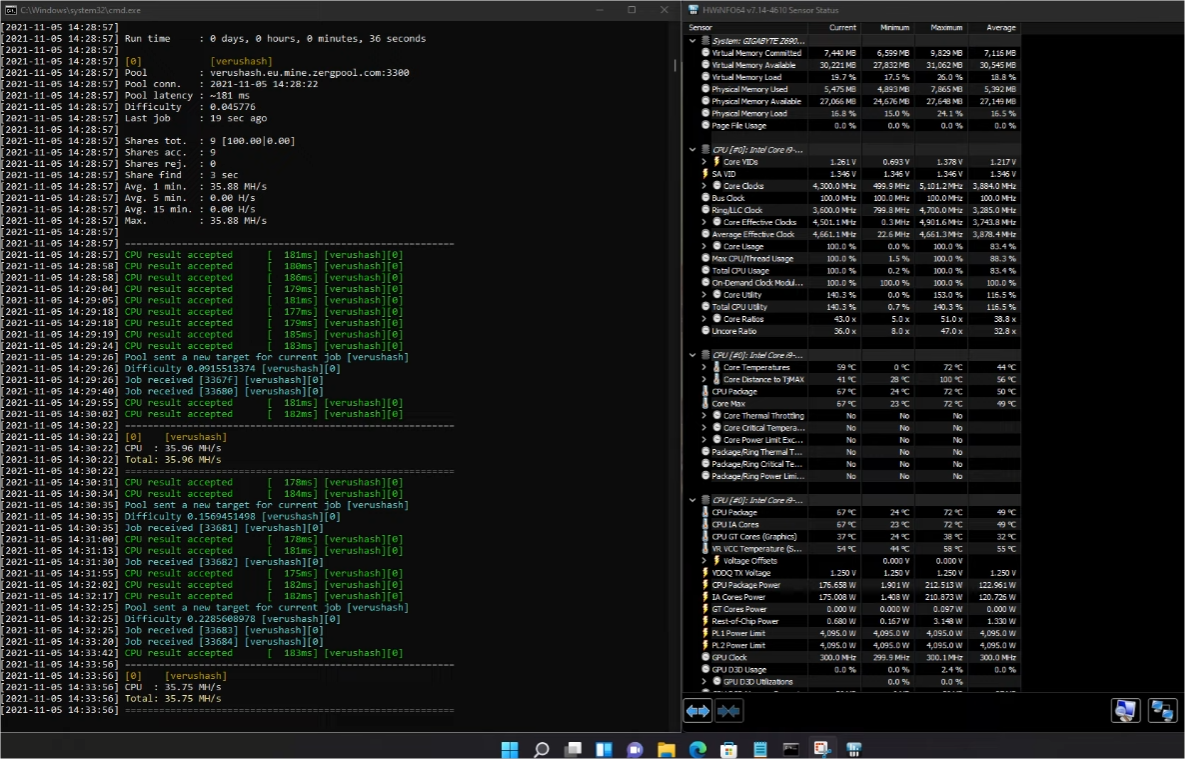 Conclusion: The latest generation of Intel's processors, codenamed Alder Lake, cannot even come close to competing in cryptocurrency mining with AMD's Ryzen processors, both in performance, energy efficiency, and price.