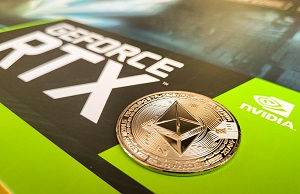 Not so long ago the developers of Ethereum cryptocurrency mining software were able to completely bypass the LHR (Lite Hash Rate) version 1 and 2 mining protection. LHR version 3 (RTX 3050 and RTX 3080 12Gb video cards) was cracked by 90%. Recall that originally, as conceived by Nvidia, the LHR blocker was supposed to limit the speed of mining by 50%. On May 24, 2022, Nvidia retaliated and brought back the low hash rate for all video cards with LHR technology. It's true that Nvidia's new mining restrictions can easily be circumvented.

On May 24, 2022, Nvidia released new drivers called Geforce Game Ready Driver 512.95 WHQL, in which all the LHR unlocking achieved by miners developers were zeroed out.

To bypass Nvidia's new mining protection, all you have to do is not install the new drivers and use older versions.

If for Windows the installation of drivers of any version is no problem, in a pinch you can use the utility Display Driver Uninstaller (DDU). For HiveOS and RaveOS , rolling back to older drivers can be more problematic.

If you face the same problem, how to install old video card drivers for HiveOS read this article: Hive OS update drivers for AMD and Nvidia graphics cards