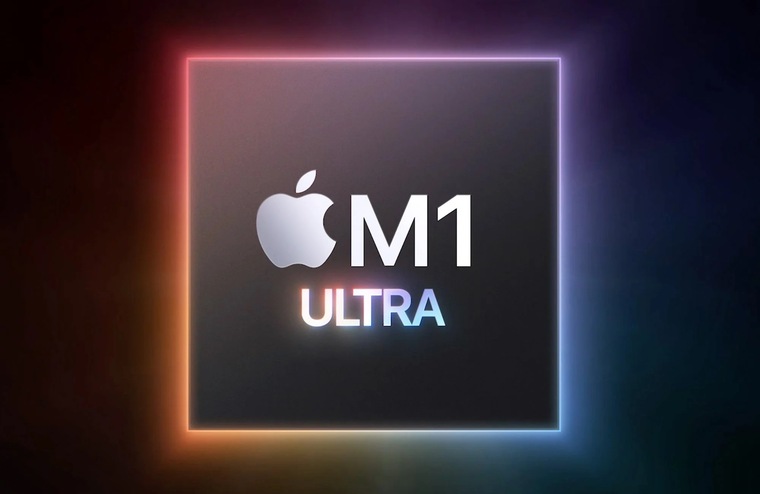 In 2022, Apple released its most powerful ARM processor, the M1 ULTRA, as part of the Apple Mac Studio computer, which, in terms of its technical characteristics, is a double version of last year's M1 MAX. If the M1 Pro and M1 MAX have been tested in cryptocurrency mining for a long time, then the M1 Ultra should show about twice as high hash rates. Whether this is true or not, we will find out a little later.

The first test of the Apple M1 Ultra on the RandomX algorithm.

The test involved all 20 cores of the M1 Ultra processor. The result was a RandomX hashrate of 6398H/s, which is comparable to AMD Ryzen 1800X and Intel Core i7 10700KF, but with much lower power consumption. 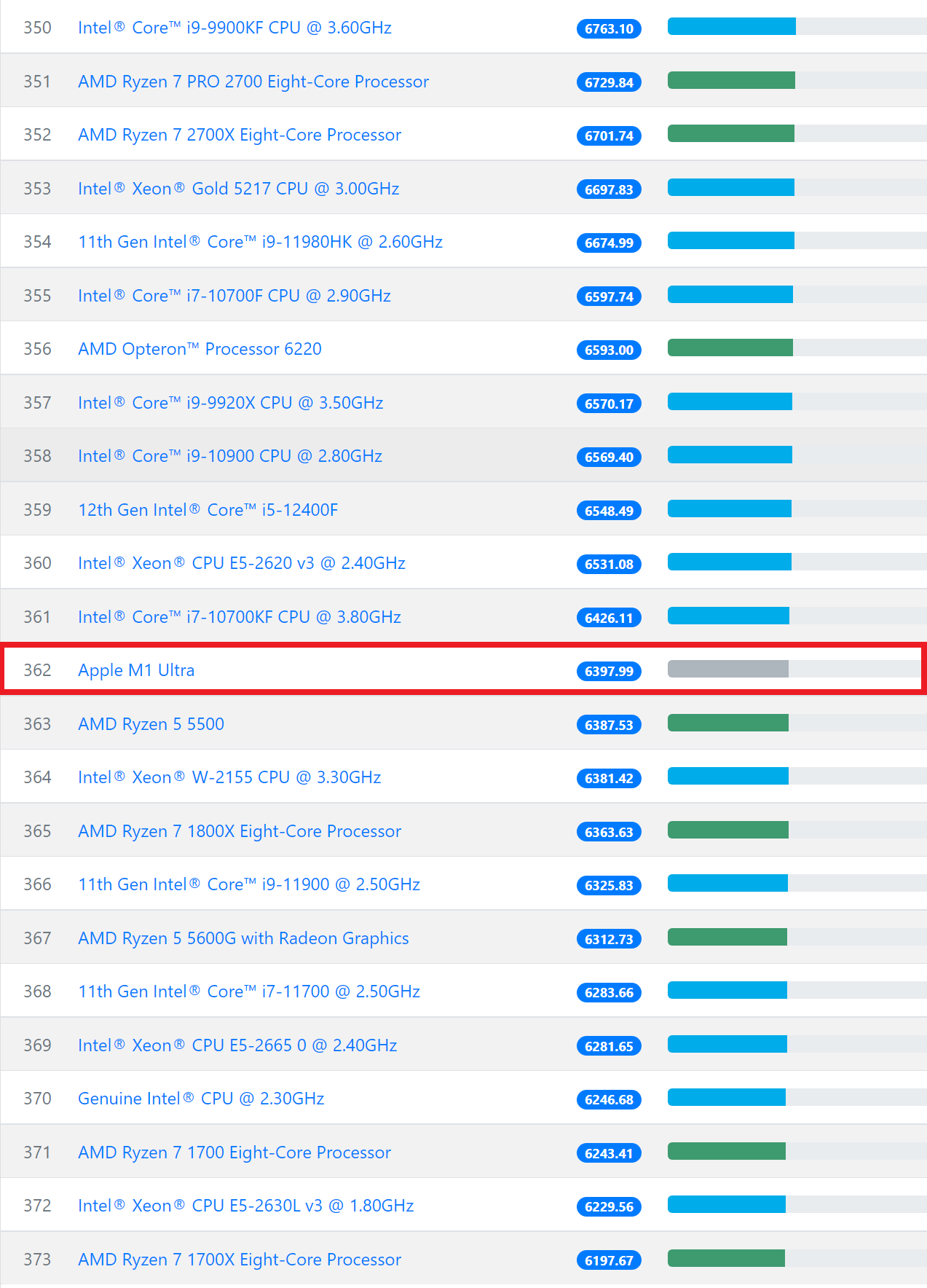 Apple M1 Max for comparison in this discipline showed 3500H / s, which is about half that of the M1 Ultra. A slightly lower result in the flagship model can be explained by a drop in the frequency of the cores due to insufficient cooling at maximum loads.

The tests were carried out in two different programs: Ethermine M1 and UselethMiner. If Ethminer did not bring anything out of the ordinary and even disappointed a little, then UselethMiner surprised us very much with the results and the unusual ability to use the CPU and GPU core in Ethereum mining at the same time. But first things first.

With the help of Ethermine, the Apple M1 Ultra unfortunately does not fully reveal the potential of all its 64 graphics cores, showing only 14.5MH/s. Apple M1 Max (32 graphics cores) shows 10Mh/s in Ethereum mining. 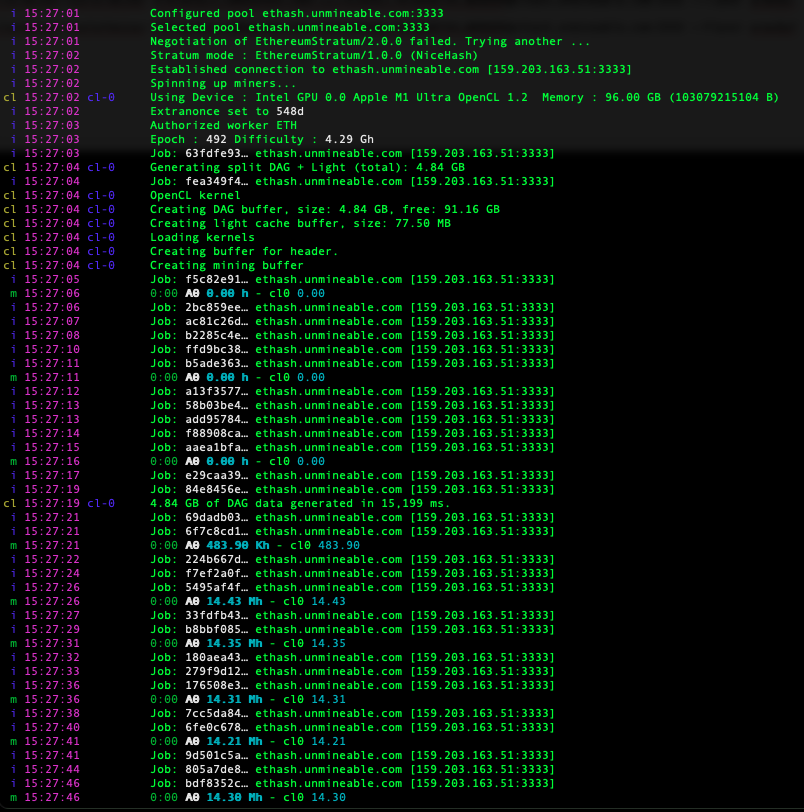 As we already wrote in this miner, you can use not only the GPU part of the processor for mining Ethereum, but also the CPU. What gives unusual results - the miner's CPU hashrate exceeds the miner's GPU hashrate, although we are all used to thinking the opposite. Because in classic computers, mining on the CPU of the Ethereum cryptocurrency loses a lot to video cards. But since the Apple M1 processor has a common and fast enough memory for the CPU and GPU, which is why we observe such an unusual phenomenon.

Conclusion: The latest generation Apple Mac Studio computer with an M1 Ultra processor can be used for cryptocurrency mining, but given its cost and payback period in mining, it is not advisable to use such equipment that is not cheap. But if you are a cryptocurrency enthusiast and a fan of Apple technology, then this scenario can also be considered.