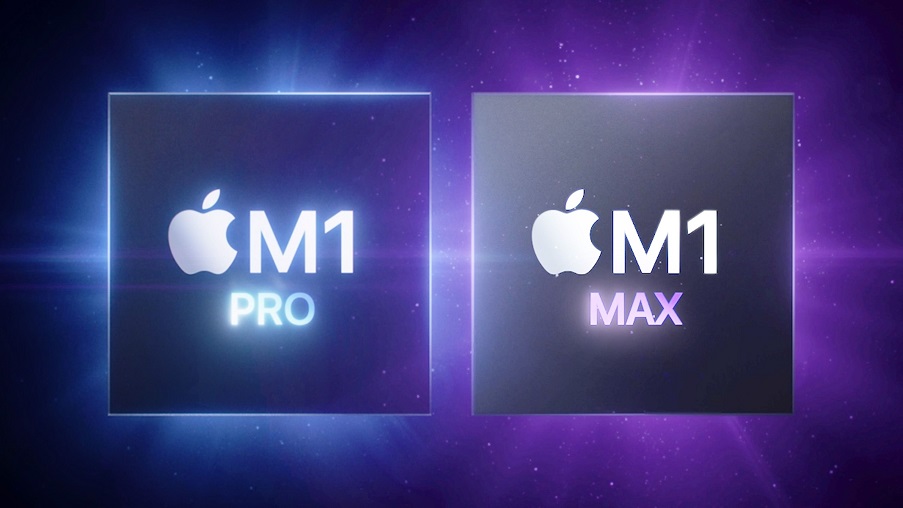 Almost a month has passed since the October 18, 2021 presentation of Apple's new MacBook Pro with M1 Pro and M1 MAX processors, but there is still a lot of praise and debate online about the advantages and disadvantages of Apple's new ARM processors. If you closely follow the computer market and Apple products in particular, you probably already know about the capabilities of the new MacBook Pro for work and games. But how the Apple laptops will behave in cryptocurrency mining is also no less interesting, especially because this information can further add fire to the already heated debate in the confrontation between Apple, AMD and Intel.

As a benchmark in mining we will take the hashrate of processors on the RandomX algorithm, the cryptocurrency Monero, which is the most popular cryptocurrency for mining on CPUs.

It should be noted that the performance per core of the junior M1 processor is even higher than that of the older models: 430H/s vs. 350H/s.

Compared to the testing of M1 processor in the last year 2020, the processor's hashrate has not changed for this time, i.e. the current hash rate on the RandomX algorithm for M1 Max and Pro can be considered the maximum values and one should not expect any strong changes towards improvement from software additions to the miners.

Intel's current mobile processor, the Core i7 1165G7, puts out 2724H/s, which is more than the simple M1, but worse than the PRO and MAX versions.

AMD's Ryzen 7 5800H mobile processor is expected in this discipline to show who's boss in the house at 5410H/s. Not to mention the full version of this processor 5800X. 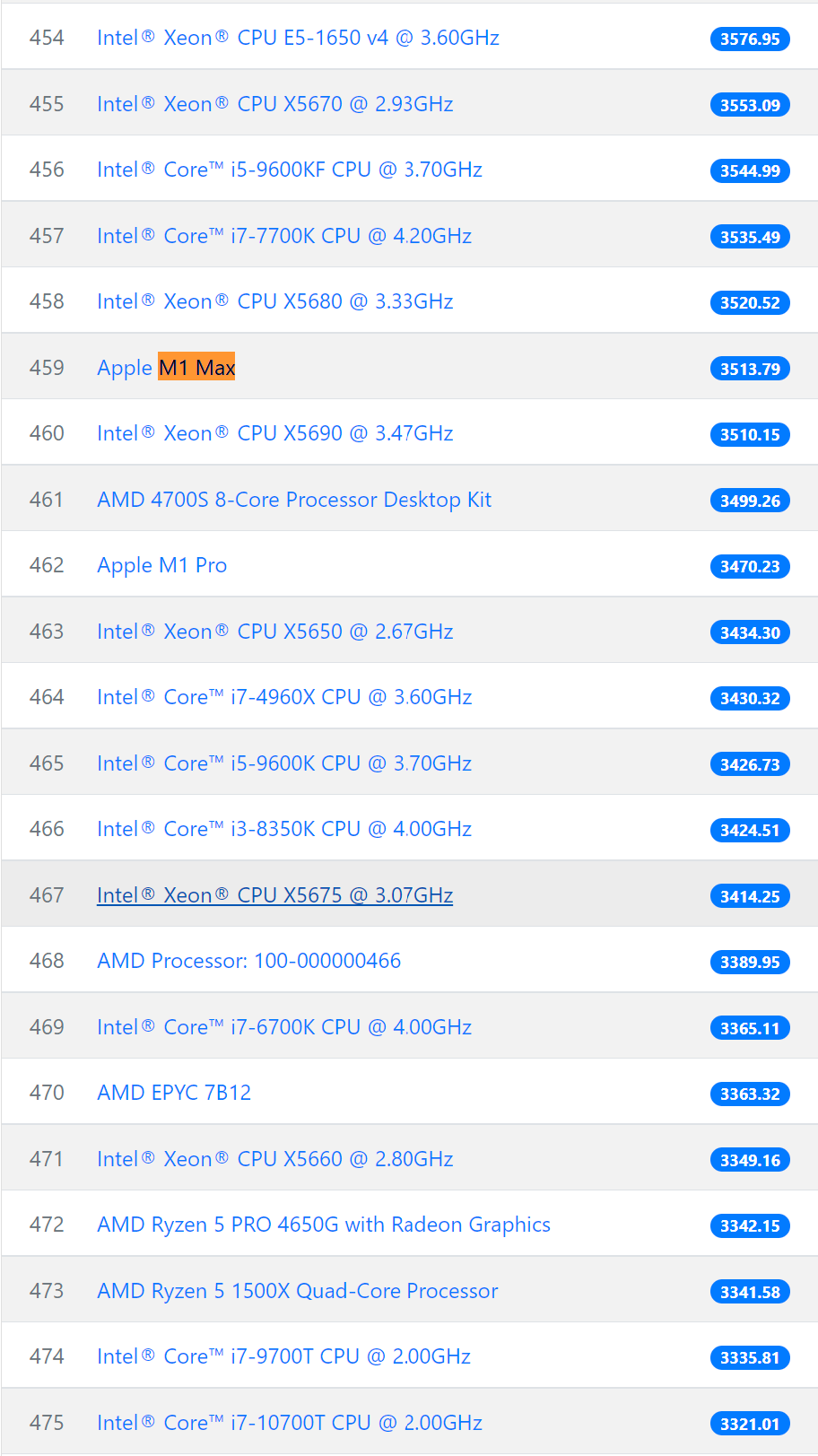 The top of the processors for mining is as follows, where predominantly server processors: 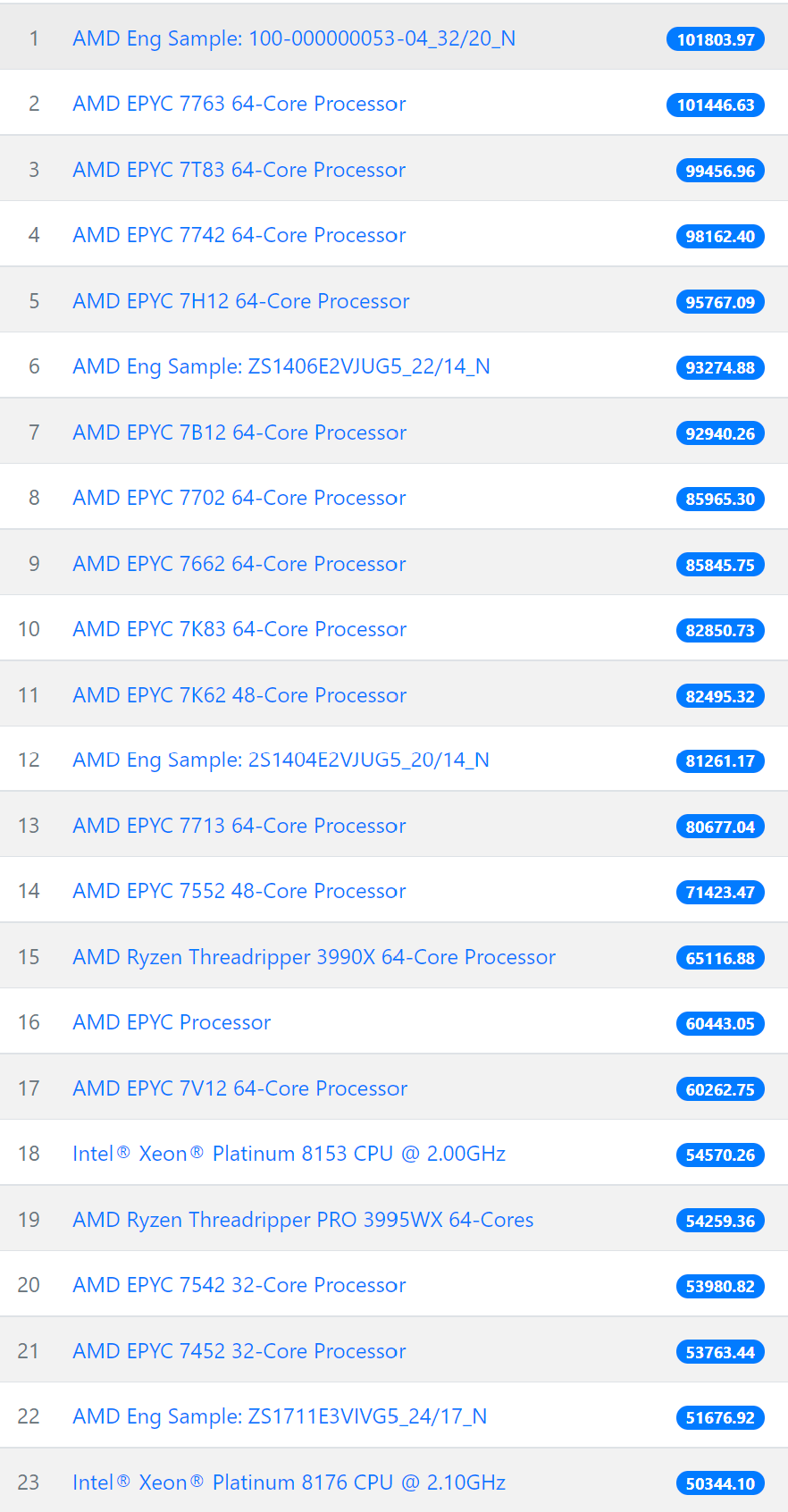 Popular desktop processors, by comparison, have the following hash rates on the RandomX algorithm:

Conclusion: Modern ARM processors APPLE M1 are not suitable for mining Monero cryptocurrency, as traditional X86 processors from Intel and AMD with similar TDP show much higher results, not to mention full desktop processors with TDP 60W and more. If considering processors to be purchased for mining, it is necessary to pay attention to AMD's products first of all.