Added support for AMD GPU sgminer comes with optimized .bin files, precompiled for most common graphics cards from AMD, based on such chips as Pitcairn, Tahiti and Hawaii algorithms for X11, X13, X15, Qubit and Quark, better known as "Wolf0 kachur optimized and beans" for maximum performance. 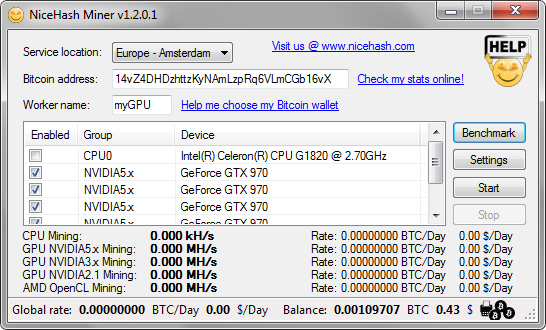 So, if you want to produce the most profitable in the multipool NiceHash, who pays remuneration for Bitcoin mining directly, you may want to use this software for this purpose. All thing you need to do is run NiceHash Miner, enter your bitcoin wallet for payments, run the program in a mode benchmark (to determine hashrate your hardware), after which you will be able to start production in the most favorable algorithm normally. Please note that at the moment the program is only available for OS Windows.