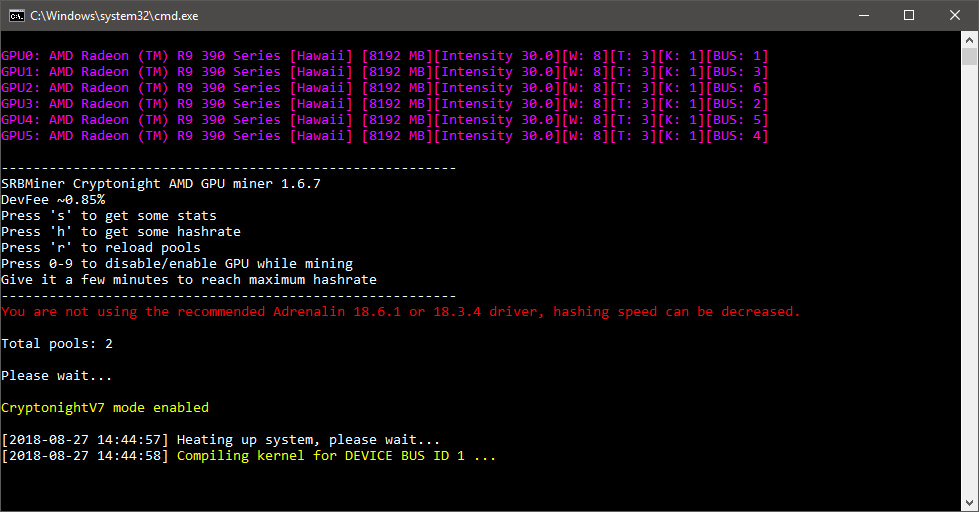 The last update of the AMD GPU miner for the CryptoNight algorithm - SRBMiner added some binary kernels, which allows the miner to boot faster on some popular AMD GPUs, rather than compiling the kernels every time the software is started. Binary kernels also solve problems with drivers version 18.7 or newer. Precompiled binary cores are available for the following AMD GPUs: Vega 56, Vega 64, Vega FE, RX 470, RX 480, RX 570, RX 580.

Older AMD graphics processors, such as R9 2x0 and R9 3x0, are still supported, but they will still compile the kernels every time they start. If you have any problems with working with precompiled binary kernels, you can simply delete the BinaryKernels folder, and the miner will generate them again each time it starts.

Also, in the new version, some optimizations for the Heave algorithm have been added (you can expect an additional several percent of performance for this algorithm). In addition, there are a number of other fixes and improvements, a complete list of which you can see below.