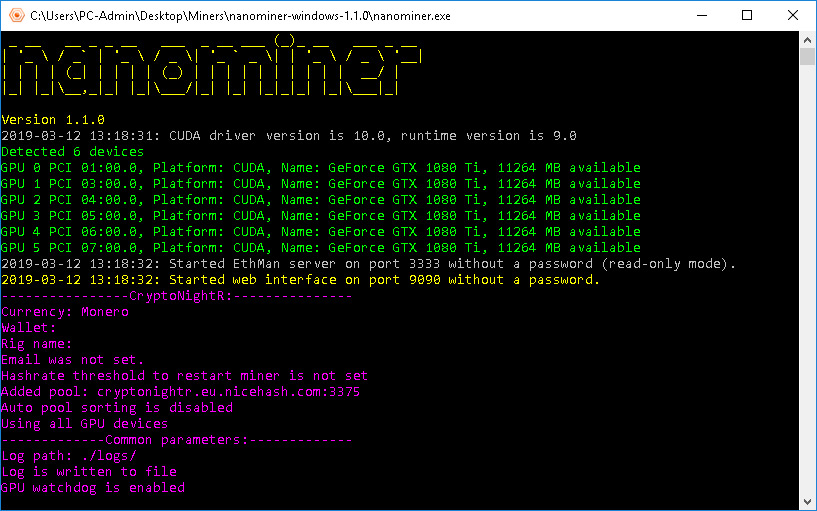 Nanominer is suggested by the famous Nanopool pool as a convenient tool for managing the mining process, but this does not prevent us from using this miner with other pools. The latest version of Nanominer 1.1.0 adds support for the CryptonightR algorithm for AMD and Nvidia video cards, while for Nvidia Nanominer video cards, the CryptonightR algorithm shows a significantly higher hashrate than competing solutions. For example, the GTX1080ti shows 840H / s, which is 80 H / s more than the XMR-Stack 2.1.0.

Nanominer exists in two versions for Windows and Linux platforms, the commission for the GPU is 1%, and for the CPU- 3%. Download Nanominer on GitHub.