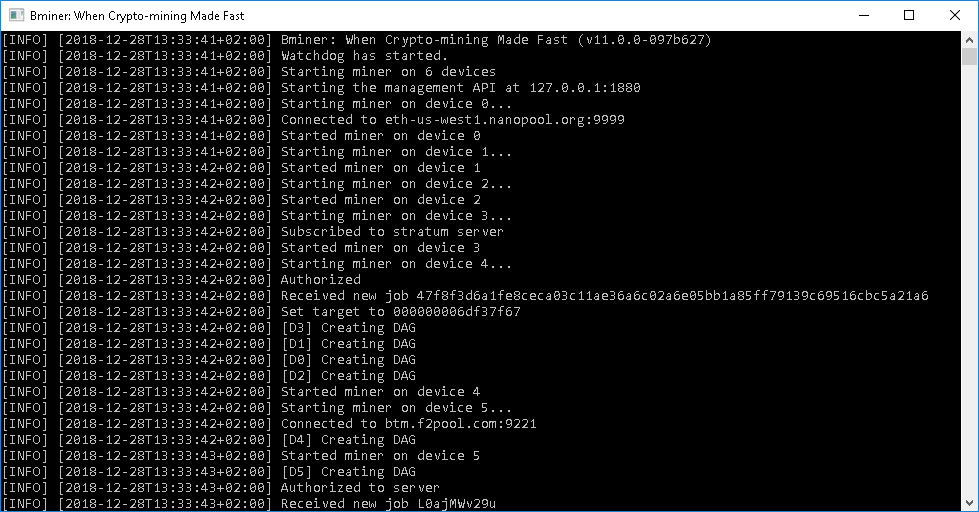 The latest version of Bminer 11.3.0 has added support for Dual Mining mode for BTM / ETH, similar to how it was done in the NBMiner 12.0 miner earlier. It is worth noting that the previous version of Bminer previously had support for the dual-mining mode, however, a pair of BTM + ETH appeared only in this version. Remember that Bminer still does not support all pools for mining (for example, does not support Antpool), so when using a miner, make sure that you use a supported pool, for example f2pool, to avoid problems and get optimal performance from a new miner in single or double mining modes.

In addition, the latest version improved mining performance for the Aeternity algorithm for 6 GB of video cards, added support for the beam mining through the beepool and changed the display of the hashrate to solution/s instead of nounce/s when extracting the beam. We remind you that Bminer is a software for the mining of cryptocurrencies using NVIDIA video cards with closed source code and available for Windows and Linux operating systems in the form of precompiled executable files. When mining coins using the Bytom (BTM), Equihash and Zcash algorithms, a developer’s fee of 2% is charged, Ethash (Dagger-Hashimoto) 0.65%, and in the case of dual mining Ethash and Blake, 1.3%. Download Bminer 11.0.0 for Windows and Linux from the official developer site.