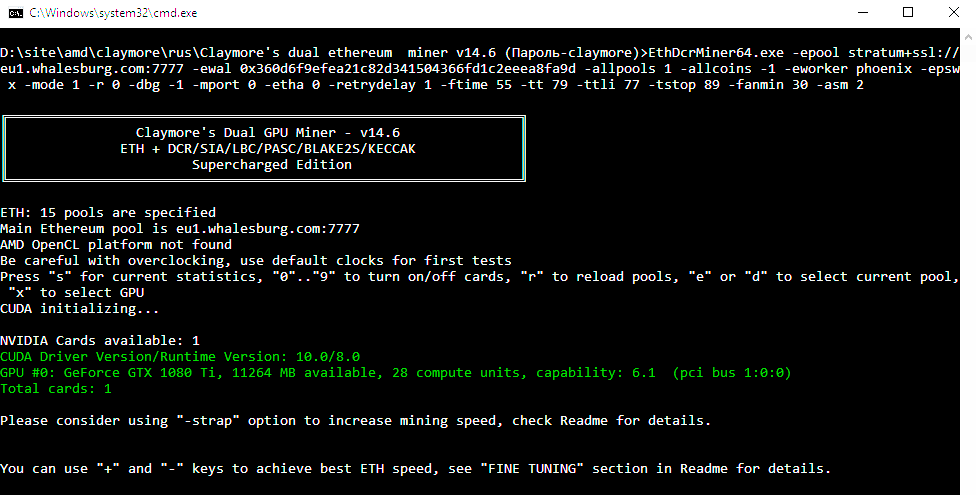 Over the last month, Claymore's Dual Ethereum Miner has been actively developing due to the expansion of the video memory overclocking functionality. Now, besides the frequency in the miner, you can set the timings through a special command strap and rxboost. However, only owners of mining rigs with Windows OS could take advantage of all this magnificence until today, as the version for Linux appeared only now in version 14.6. Moreover, the Linux version has limited functionality due to the non-working strap command, i.e. Only rxboost is available, which gives an additional 5% performance on AMD graphics cards. In addition to the appearance of Linux miner in version 14.6, the rxboost command became available for older models of AMD video cards (Hawaii, Tonga, Tahiti, Pitcairn), support for all versions of AMD drivers was also announced, statistics on balls (S command) and some other improvements appeared. Claymore's Dual Ethereum Miner 14.6 is available for download on the Bitcointalk forum.