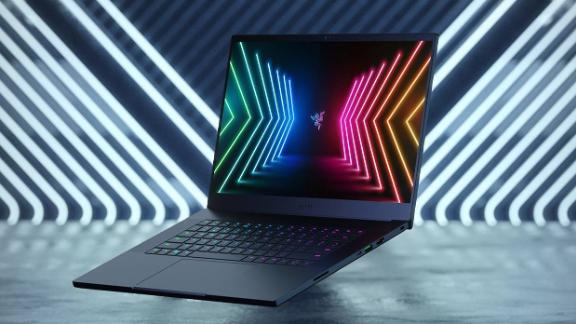 By the middle of February 2021, the mining boom of cryptocurrencies reached gaming laptops with integrated Nvidia graphics cards of the RTX 3060, RXT 3070 and RTX 3080 levels. 3000 series of video cards in the version for laptops also show a fairly high hash rate on the ETHash algorithm compared to other laptop models of video cards. Moreover, the price for a megahash when buying such laptops is about 40USD for a megahash, which is not much more expensive than buying a separate video card for mining. And this despite the fact that a laptop is a complete device to which you do not need to buy motherboards, processor, memory, power supplies and a monitor. Accordingly, the return on investment for modern, expensive gaming laptops was even faster. Next, we will talk about the performance of such laptops in mining, how many megahashes they give on the air, find out their power consumption, as well as payback or income per day.

The RTX 3000 series graphics cards for laptops are technically quite different from their top counterparts - full-fledged video cards - that does not prevent them from being a good buy with the ability to return the full price in a few months.

First, let's compare the technical characteristics of video cards for desktops and laptops:

* Hashrate for laptop video cards is indicated in the maximum performance in terms of TDP and Gbps memory.

As you can see from the table, the RTX 3080 Laptop graphics card suffered the most. instead of GDDR6X memory, the usual GDRR6 was installed and the memory bus was also cut from 320 bits to 256 bits, which affected the hashrate exactly twice as compared to a full-fledged Geforce RTX 3080 video card. The average model RTX 3070 laptop almost completely repeats the characteristics of its older brother, the only thing the difference is a lower GPU frequency and, accordingly, lower power consumption. On the other hand, the RTX 3060 Laptop surprised me. Nvidia mobile version, on the contrary, gave more Cuda cores than the desktop model (3840 instead of 3584), but the video memory is 6Gb instead of 12Gb.

When choosing a laptop for mining, you need to pay attention not only to the model of the installed video card, but also to other factors:

Calculating the payback of gaming laptops in mining

To calculate the payback, we will use the data from the table above and enter the hashrate and power consumption in the Ethereum mining calculator

When mining on a laptop, you should also know that with an intense load on a laptop, the battery quickly degrades, so if possible, always remove the battery from the laptop while mining. Read about other nuances of mining on laptops in the article: Mining crypto currency on laptop (notebook computer)