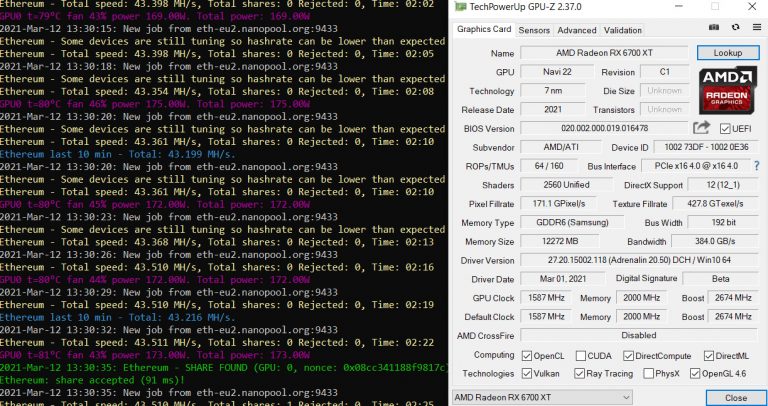 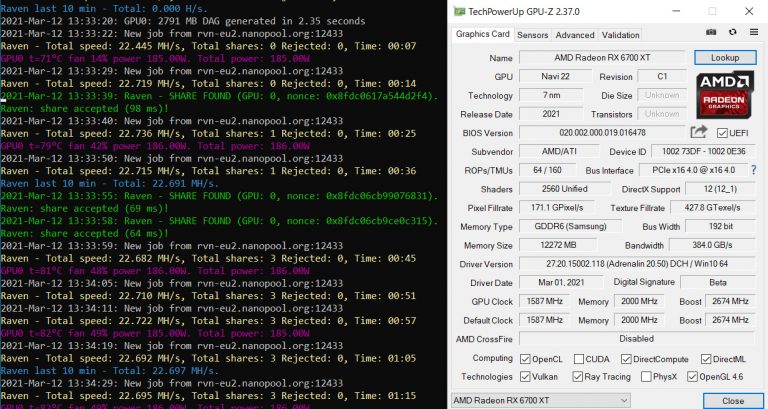 The test of the video card was carried out on stock settings, so you can add 10-20% to the results shown by using overclocking from memory.

If we compare the results obtained, then the hashrate of the RX 6700 XT video card is very close to the results of the RTX 3060, which also has GDDR6 memory and a 192-bit memory bus. Recall that Nvidia RTX 3060 has a mining lock due to which the hash rate of this video card on the Ethash algorithm immediately after mining is turned on shows 45-50Mh/s and after a few seconds it drops exactly twice to 22-25Mh/s. For RavenCoin, the limit set by Nvidia does not work, so the RTX 3060 on the KawPow algorithm shows a similar performance at 22MH/s.