Nvidia CMP 170HX - the most productive video card in mining

Nvidia introduced a line of video cards for mining back in February 2021. While consumer video cards have the designation GTX or RTX, video cards only for mining (no video outputs) have the designation CMP (Crypto Mining Processor). Initially, four models of such devices were prepared for miners with designations: CMP 30HX, CMP 40HX, CMP 50HX and CMP 90HX, where the numerical designation indicates the number of MH in Ethereum mining. But near the end of the summer it became known about the previously unplanned CMP 170HX model, where, judging by the name, a similar device will have to show 170MH/s.

Initially it was not clear how Nvidia managed to get such high hash rate values, because the most productive consumer graphics card RTX 3090 at its maximum settings gives no more than 120Mh/s.

We found out the truth only after the first CMP 170HX arrived to customers. The secret of such high performance is using of defective GA100 chips, which are used in Nvidia A100 adapters for computing centers. Where instead of GDDR6X memory they use more modern and efficient HBM2 memory with 4096bit bus and overall data transfer rate of 1493Gb/s. Recall that RTX 3090 video card has a 320bit data bus with data transfer rate of 936Gb/s.

Considering such specifications, it is not surprising that CMP 170HX outperforms all current mining solutions on the market.

Besides impressive results in calculation speed, CMP 170HX is also a leader in energy efficiency, because at 160Mh/s the power consumption is 190W or 1,2W/MH. 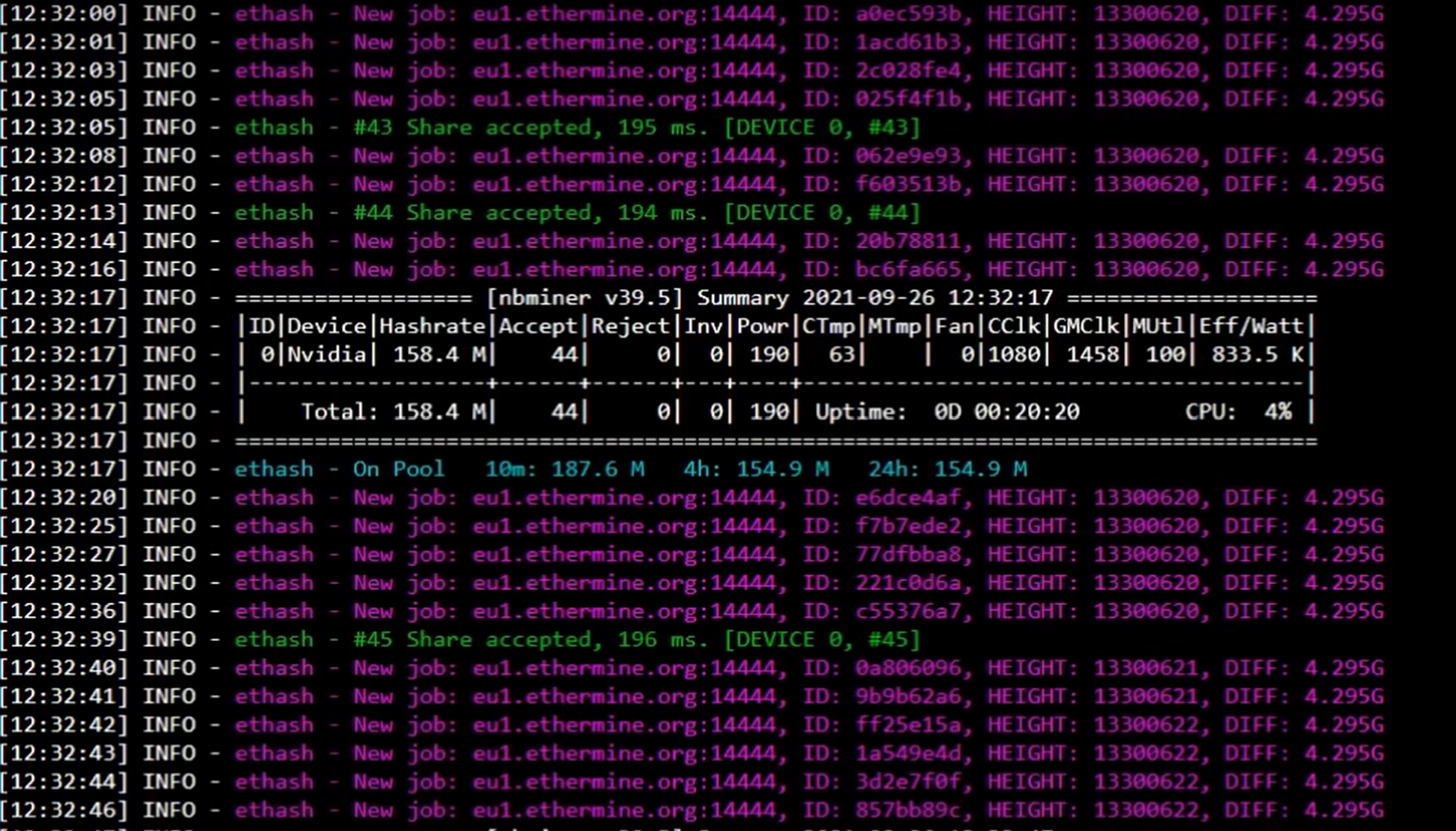 In addition to the impressive performance and results in mining, the CMP 170HX has another impressive feature - the price of about 4000 USD. You should also keep in mind that the CMP 170HX has only a passive cooling system, which implies the use of server or mining cases with their own flow-through ventilation. In other words, when planning to build the CMP 170HX mining regs, you need to budget for a specialized case and a high-performance blowing system.