It seems that, due to the peak of the price and interest in Bitcoin, even the largest cloud-provider companies, such as Genesis-Mininng, have begun to experience difficulties in providing enough equipment to cover the ever-increasing demand for BTC cloud mining contracts. Genesis-Mining has launched a preliminary sale of Bitcoin mining contracts, which will be launched in about 3 and a half months, on February 28, 2018. 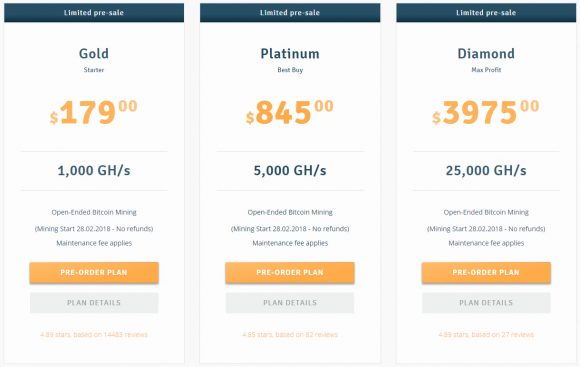