A new miner for Lyra2rev2 algorithm with closed source code, which works with video cards from AMD, was released. Miner Mkxminer should improve the performance of mining for AMD GPU owners, to the same level as the mining rigs based on NVidia graphics cards. Mkxminer is compatible with the latest AMD graphics processors, such as the Radeon 200 series or newer, including support for the latest Vega GPUs (Vega does not yet have ASM cores). For those GPUs for which the kit has ASM cores, the production performance will be really good.

At first glance, the Mkxminer is an excellent solution, but at the moment there are some limitations, for example, the ability to work only with the NiceHash multipool (other pools support will be available later). And as there is no information about what is the commission of the developer, which is included in this miner, which comes with a closed source code. 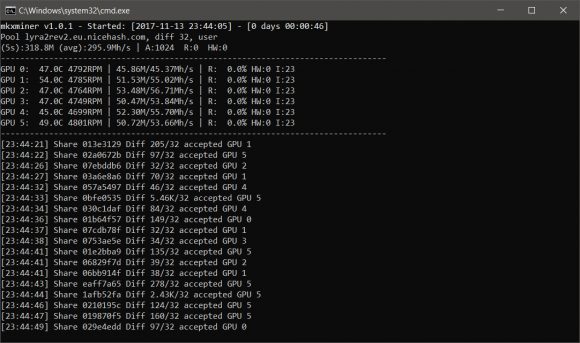 At the moment, only the executable file for Windows is available, but in the near future a Linux version of the miner should also appear.

Read the official topic of mkxminer on the Bitcointalk forum