The evolution of the development of risers for mining. Which USB riser to choose for mining cryptocurrency 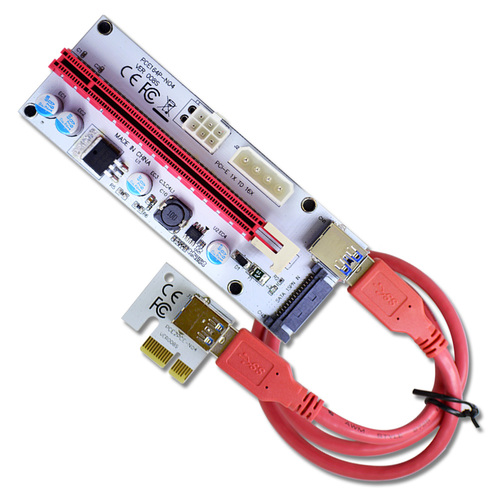 With the advent of mining cryptocurrency on video cards, the first crypto enthusiasts had to solve a lot of technical and software problems, one of these tasks was to use the maximum number of video cards on a single computer platform or riga. Because in 2010, there were no special mining motherboards, the maximum number of installed graphics cards per motherboard rarely exceeded 2 units. Those. the number of installed video cards directly depended on the number of PCI-Express x16 connectors on the motherboard. In addition, due to the close proximity of the video cards to each other and the work of mining rigs in 24/7 mode, there was a real problem with the cooling of video cards. It was at this time that tips to increase the distance between video cards with the help of a special PCI-Express X16 connector extender, which had to be soldered   the connectors and cable, began to appear on the specialized forums. Such a device was later called Riser PCI-Express 16X - 16X. 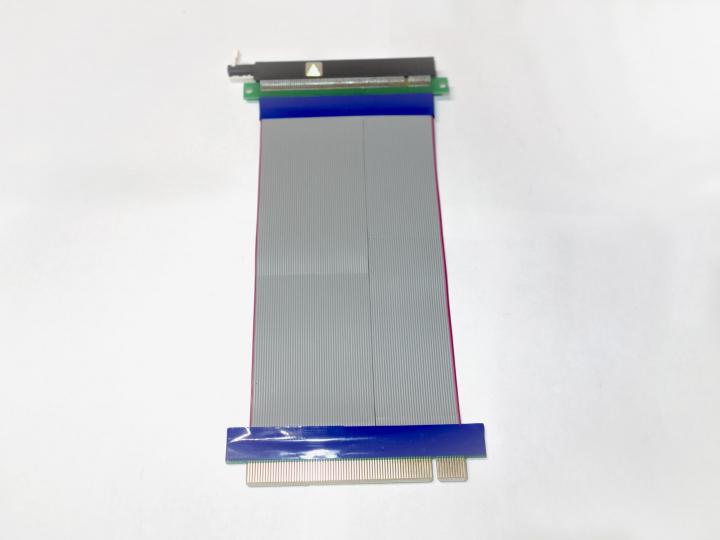 Thick cable of such risers were extremely inconvenient and unreliable in places of soldering wires with connectors.

They were literally replaced almost immediately by a more elegant version of a loop riser called Riser PCI-express 1X -16X, which allowed using not only full-size PCI express connectors on motherboards, but also connectors with a single transmission line instead of 16 - PCI-Express X1.

The emergence of such a riser solved several problems at once. This is an increase in graphics cards installed on the motherboard from 2-3 to 5-7 pieces. The second is a more convenient thin cable, which bent more easily and was a little more reliable in the places of soldering. 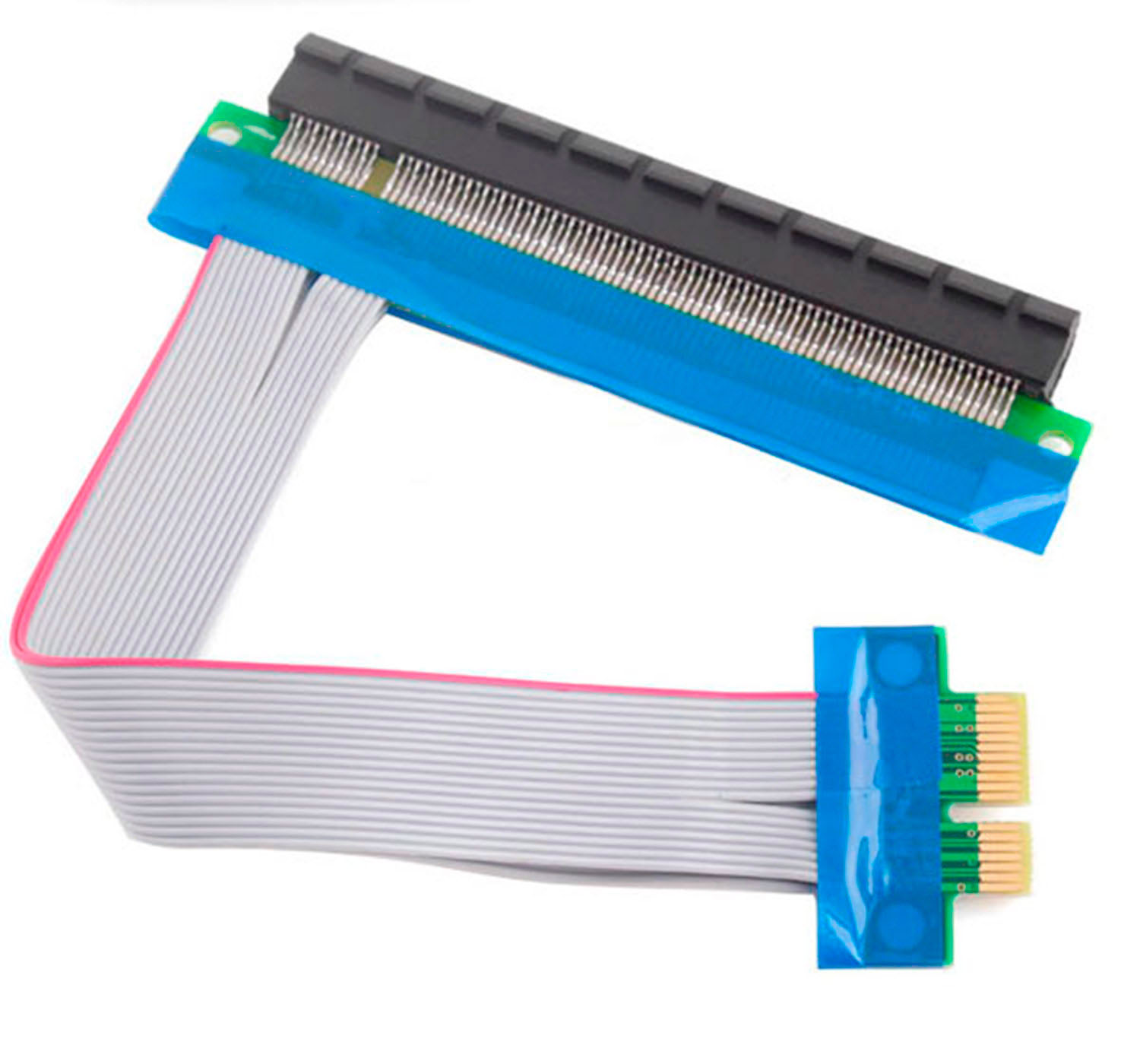 With the increase in the number of installed video cards per system, another problem has arisen: the length of the cable raisers for a distance of 5-7 video cards to a sufficient distance. The most distant cards in such systems were often connected through two raisers connected to each other, but in most cases this bundle did not work stably due to the greater number of connections and the increase in electromagnetic interference on long unshielded wires

A large number of video cards on one motherboard has created another problem. This is an increased power consumption on the 12V line on motherboards that were not ready for such a development and the first miners faced a massive burnout of electrical tracks on the motherboards and the melting of connectors.

So there were loop risers with additional power connectors, which were initially installed by enterprising Chinese or miners who independently modified such risers if they planned to use rigs with a lot of GPUs. With this technical solution of 12V, the load for the video cards went directly to the video card from the power supply, bypassing the motherboard. 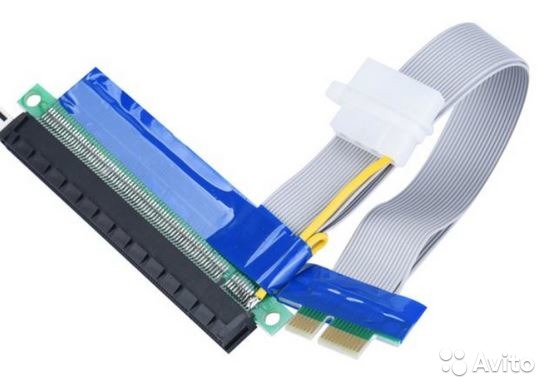 To date, all plume cable risers remain in history, since They were replaced by modern USB risers, which have greater reliability, convenience and long wires, but at the same time a higher price. If the purchase of a 1X-16X plume cable can be completely rejected, then a full 16X-16X loop riser can still be useful if the mining rig is still used as a gaming computer, where you need to use all 16 PCI-Express transmission lines.

The main advantage of the USB riser is convenience, i.e. long connecting wire with 2 USB connectors not less than 60 cm in length instead of 30 cm in a plume cable riser, allow placing video cards in a much larger space, which first of all allows you to collect rigs for 10 or more video cards, plus you can provide the necessary air gap between video cards for their better cooling. In addition, USB risers are much more reliable and protect video cards from surges in the event of improper operation of power supplies.

USB risers can be found in 9 different versions. Of these, two groups can be distinguished, these are risers from version 1 to version 5 and the second group from version 6 to version 9 of USB risers.

A distinctive feature of the first group of risers is the minimum use of electronic components (voltage regulator from 12 V to 3.3V and capacitors), as well as the use of Molex connectors for additional power supply (4 contacts in a row). But there may be risers with Sata or Floppy connectors. The main differences between versions 1 to 5 is the use of various voltage regulators.

The second group of risers is distinguished by the use of 6-pin PCIE connectors for additional power, which is much more reliable. Using not only an analog stabilizer, but also a voltage regulator, which makes several times more electrical components on such a riser, also protects video cards from poor-quality power. 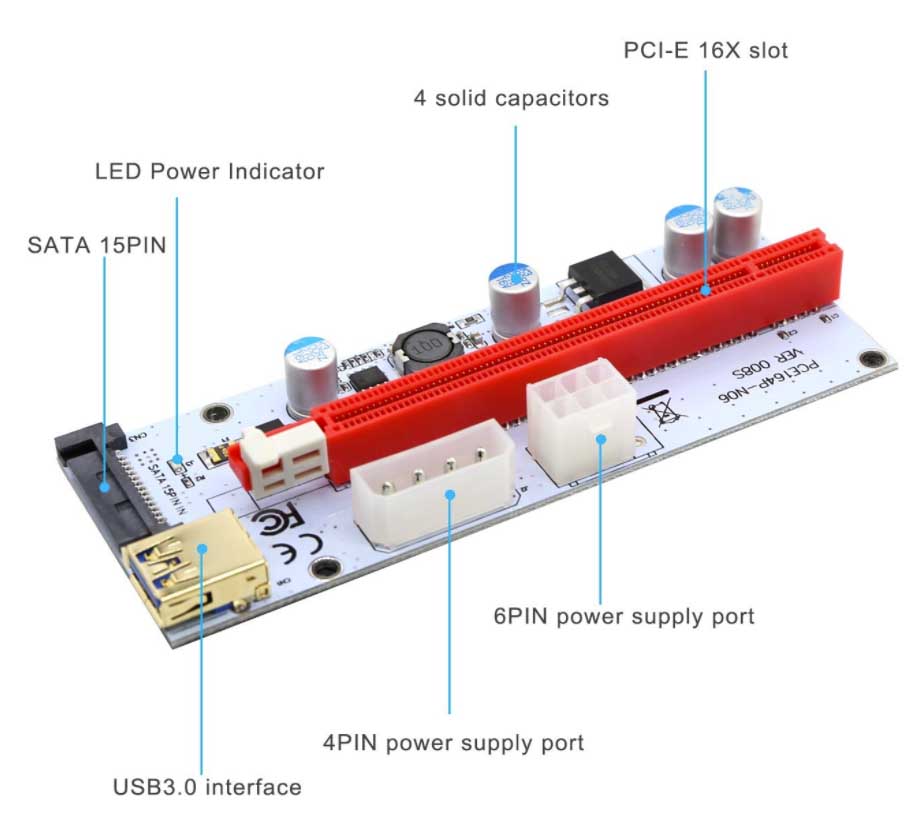 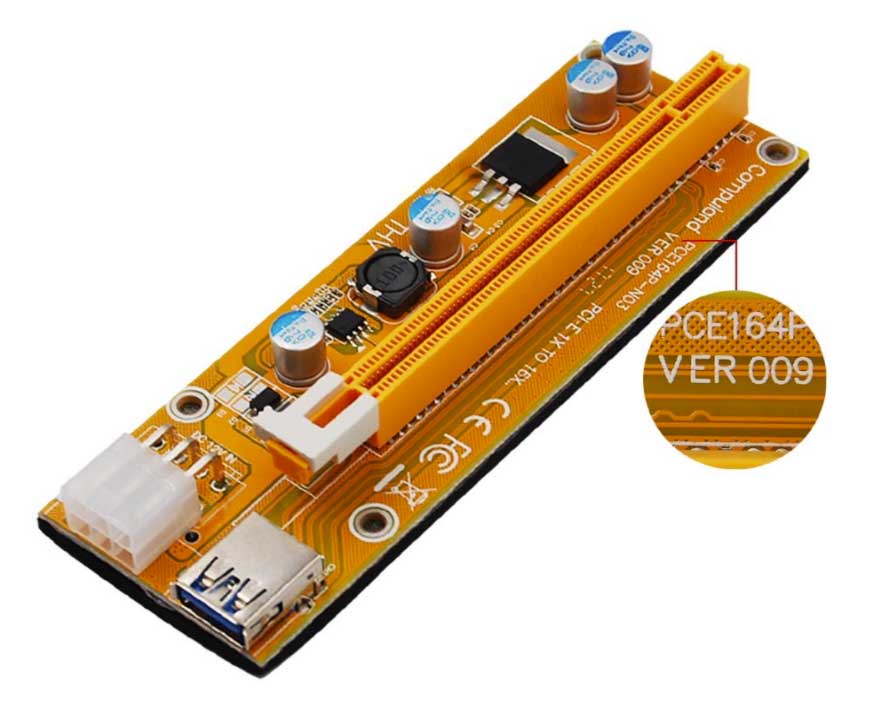 The best choice for purchase is USB riser from the second group and version 6 in particular, as the cheapest and time-tested option. So for example, USB risers V008 come across defective batches that burned video cards along the 3.3V line.

It is also worth noting that under the guise of risers version 006 often sell old versions of version 003, which can be easily distinguished by the number of electronic components on the adapter PCB.

If you decide to do cryptocurrency mining with the help of video cards, then buying USB risers is a must-have when creating mining rigs, without which it’s impossible to assemble an optimal mining computer.

You can always find a large selection of USB risers at a low price on Aliexpress, but if delivery times are more important to you than price, then you can search for risers in the nearest computer stores