[UPDATED] Choosing a graphics card for mining cryptocurrency in 2019 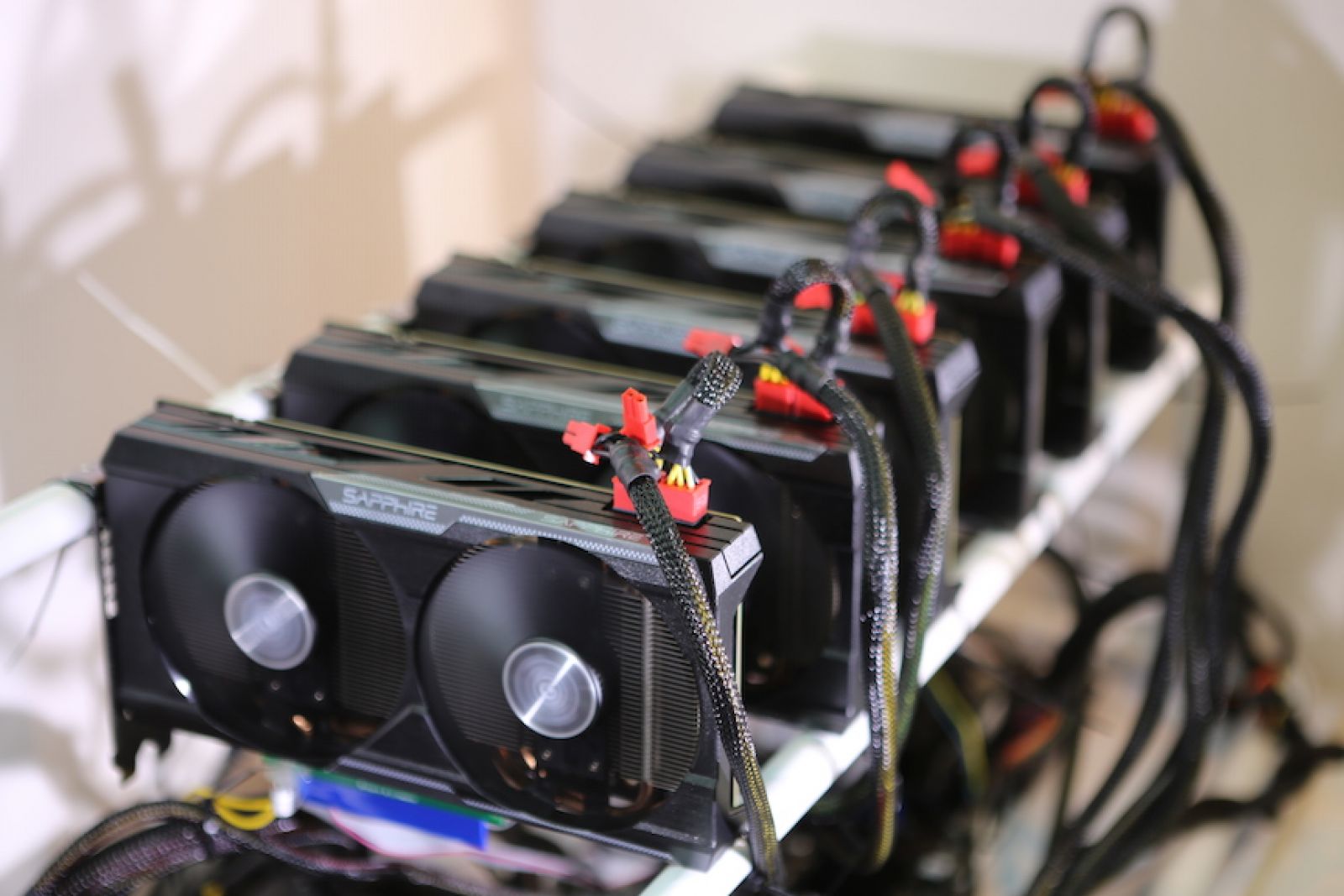 We continue our annual analysis on the market of video cards and their use in mining cryptocurrency for 2019. Compared with the previous analysis at the beginning of 2018, the cryptocurrency market has undergone strong changes associated primarily with a decline in cryptocurrency prices to 90% from last year’s values. Against this negative background, specialized ASIC and FPGA devices form an increasing competition in the mining of cryptocurrency to video cards, which further worsens the situation for the owners of mining farms on video cards. The release of a new generation of Nvidia video cards at the end of 2018 had virtually no effect on the alignment in choosing the best video card for mining. we did not see a sharp decline in prices for video cards of the last generation of the GTX10xx series, moreover prices for video cards continue to remain higher than they were before the mining boom in 2017-2018. Despite this, the mining on video cards in 2019 continues to be relevant, but already at the expense of the used video cards market and new asicresistant mining algorithms. These arguments were in February, when the cost of cryptocurrency was at the bottom. Now in June 2019, the year when the cryptocurrency went up by 2-3 times and new video cards came out, we completely recalculated the payback of the GPU in the mining at the moment.

The main trend of 2018 - 2019 is the loss of popularity for mining AMD video cards, because in mining using Dagger-Hashimoto (Ethash), Equihash and Cryptonight algorithms, which traditionally the “red” shown themselves to be much stronger than the Nvidia video cards. Now Asic and FPGA devices have come to these algorithms. For the same GPU-oriented mining algorithms, the superiority of Nvidia video cards over AMD can be seen with an unarmed look. It’s hard to predict how long this situation will last; it’s possible that Nvidia will completely force AMD out of this market. In the history of mining on video cards, there was already a period when the Nvidia video cards were almost completely ignored by the miners because of their low efficiency on the then popular algorithms SHA-256, Scrypt, ScryptN, Keccak. Nvidia was helped to tackle this situation with their new GTX10X0 video card series and the arrival to the mining of programmers who know the CUDA Toolkit. Now AMD has found itself in a similar situation, when their video cards noticeably lose in terms of efficiency on actual algorithms, and the number of software that supports mining of these same algorithms often boils down to only one possible variant.

UPD: With the release of the Nvidia GTX16XX line of video cards and the new generation of AMD RX5X00 video cards, as well as the increase in the cost of all cryptocurrencies, our calculation of the return on video cards for February 2019 requires a complete rethinking.

Video cards P102, P104, P106 are specialized mining cards with less memory, no video connectors, a simplified cooling system, a reduced warranty (usually 3 months) and therefore a lower price than full-featured video cards with the same chip. These cards can use the settings optimized for mining Ethereum (but not necessarily), because of which, when mining Ethereum, these cards show a higher hashrate.

AMD also has the Mining Edition RX470 / 570 and RX480 / RX580 video cards with less warranty, no video connectors and a simplified cooling system. In the BIOS of such cards, reduced memory timings are usually stitched, which is why such cards have a higher hashrate when mining Ethereum. Unlike Nvidia, for AMD cards, you can change the memory timings yourself getting the same or a higher result on regular gaming graphics cards.

In each table, you can familiarize yourself with the tests in the mining of a specific video card at the time of its launch, since For some models, the time from their announcement has been two years or more, so for more accurate information on the hashrate of video cards you can find here:

Actual hashrate for video cards in 2019

Performance and price of cryptocurrency mining cards on 06/14/2019

** Price in store on 06/14/2019 The price is listed as recommended by the manufacturer at the start of sales and may significantly differ from the actual prices in stores.

*** The price of used videocards is taken as 70% of the price of new video cards in the store, which roughly corresponds to reality.

Based on only one Ethash and X16r algorithms, it is rather difficult to draw conclusions on the energy efficiency of video cards, but one thing is certain that the new generation of the RTX20x0 GPU shows, when mining Ethereum, AMD has similar energy efficiency or even better (RTX2070). The only remaining advantage of the Radeon is their price in the secondary market, which also may soon disappear when the RTX20x0 video cards appear on the secondary market. And if you take into account the fact that all the new mining algorithms are more optimized for Nvidia, the current generation of AMD Radeon RX5x0 video cards looks completely hopeless as an investment for the future.

The recently announced AMD RX5700 line of video cards has not yet been marketed, but considering the price and already well-known characteristics, the new products will not be able to offer a radically new payback level in mining cryptocurrency.

Instead of buying equipment in your shop, you can consider buying video cards in a German online Computeruniverse store (Germany), where you can buy new computer components or even cheaper for the price of used equipment in Russia. To get 5 EURO discount on the Computer Universe, use the coupon FW5NXGD when you buy

* Calculation of payback is made for new video cards purchased on Computeruniverse. When buying used video cards, the payback period is reduced by 20%. Only video cards without other necessary components (motherboard, processor, memory, power supply) are included in the calculation.

NNN *** is the theoretical profitability from mining, which can be obtained by constantly searching for profitable cryptocurrencies. Approximately taken as 200% of Ethereum yield.

We have indicated this option as theoretically possible with constant monitoring of various cryptocurrencies for mining, and as the beginning of the year showed, there is every reason to expect such a scenario.

To calculate the profitability of mining, the mining calculator for cryptocurrency for the GPU was used, which you can also use to calculate the actual payback period for video cards. 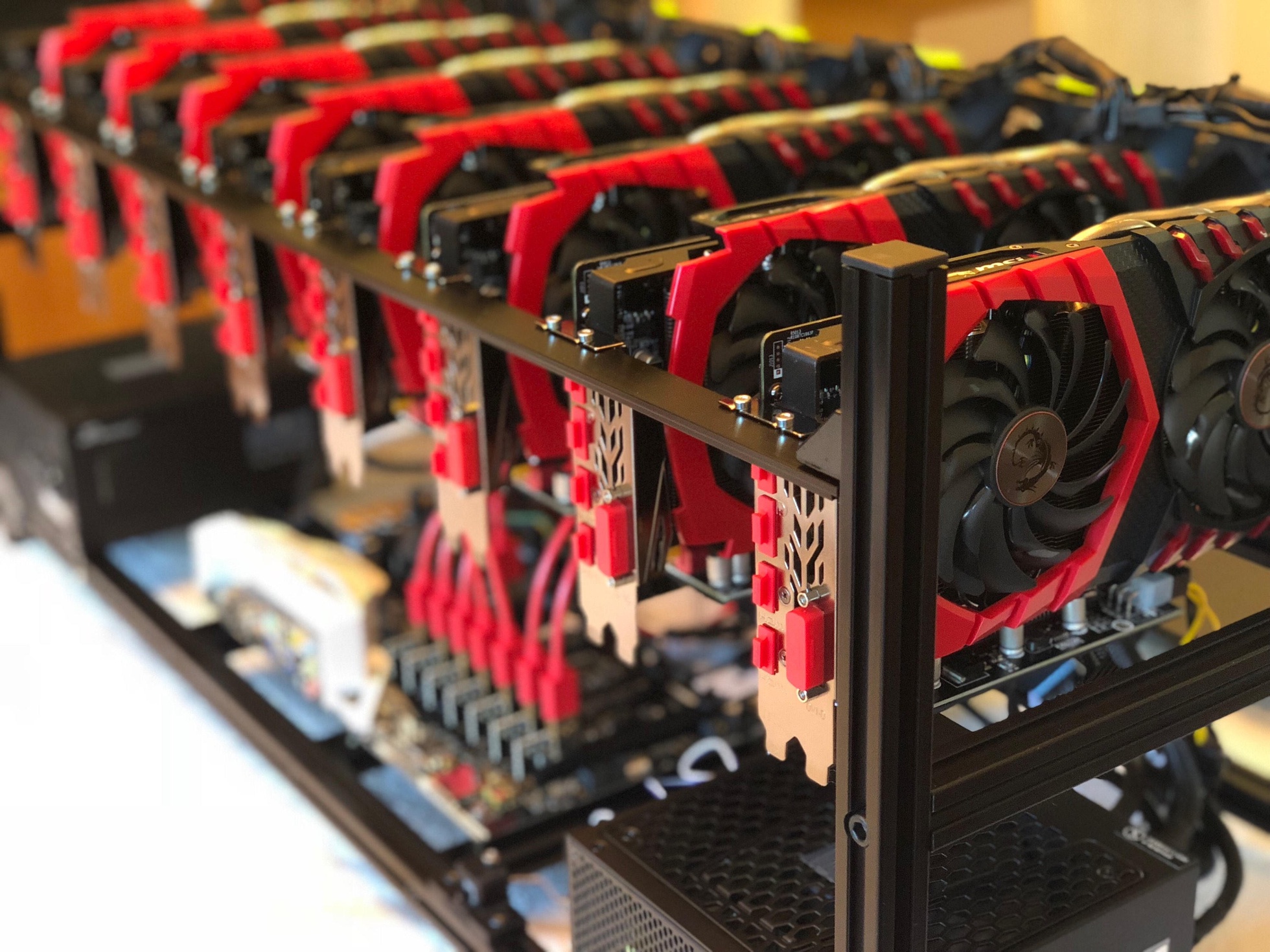 * Power supply power is indicated from the lowest possible (taking into account the reference frequencies and downlow frequencies) to the recommended, it is desirable to choose a more powerful power supply.

** In the cost of mining rig we included the cost of 6 video cards plus 20% of their component cost (motherboard, RAM, processor, power supplies, risers).

For more information about assembling mining rigs can be found in this material: Mining on GPU - detailed guide for beginners

Conclusion: For the summer of 2019, mining on video cards due to the rising cost of cryptocurrency by 2-3 times, compared to February, reduced the payback period of some GPU models for less than 1 year, and taking into account prices in retail and the cost of electricity, 0,1USD per kilowatt. If you buy equipment on ComputerUniverse, then the payback period will decrease by another 20-30%, and for happy owners of cheap electricity with a cost of 0,05USD or even lower, the mining equipment payback will be less than 6 months, which is equivalent to 200% per annum. What is naturally much more profitable than any other not prohibited type of business activity. Compared with the peak of interest in mining, when any equipment purchased at a price overestimated by 2-3 times, could pay off from 2-3 months, now it’s far, but now with proper approach to the choice of components for mining, you can already get 100% -200% or even more from investments in mining cryptocurrency.

P.S. While this article was being prepared, cryptocurrency increased in price by about 15% (BTC from 8100 to 9300USD), which accordingly reduced the payback period by 15% of the values ​​given in the calculations and in the conclusion to the article. Also, we left our conclusions to the mining, which we did in February, for your interest, so that you can independently assess how the situation in the entire cryptocurrency industry can change dramatically in a matter of months.

Conclusion in February 2019: At the beginning of 2019, the graphics card mining is going through hard times due to a strong fall in cryptocurrency prices and a large number of miners after the boom in 2017-2018. Because of what most of the income eats up the cost of paying for electricity. If you have electricity costs 0.1 USD or more, then buying equipment for mining is now tantamount to a deposit in a bank, but with a lot of time and inconvenience. Accordingly, the lower the price of electricity, the more attractive in terms of equipment payback, mining becomes. In other words, the main problem now is not to pick up the equipment, but to find the cheapest "socket". Since The most popular cryptocurrency Ethereum for mining on the GPU now gives a stable but low income, so many miners are constantly looking for more profitable cryptocurrencies for mining, which allows you to get a yield exceeding Ethereum by 2-3 times. Therefore, if you have a lot of free time to read forums, reconfigure farms and electricity for less than 0,05 USD, then in annual terms you can count on a yield of 100%, i.e. purchased equipment can pay for itself in about one year.

Discuss on the forum