Mining on a mobile phone (smartphone) 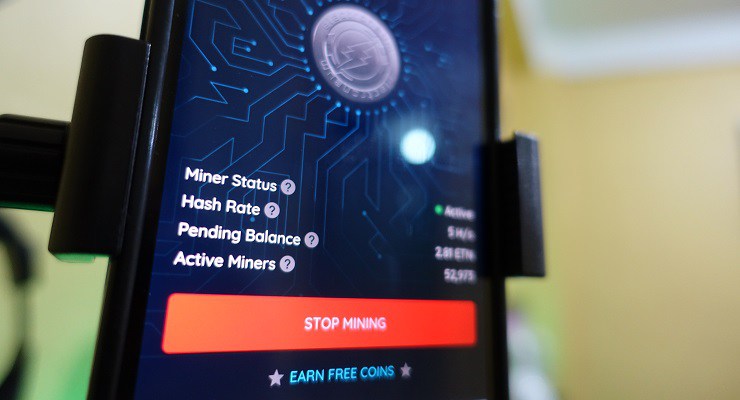 Now everyone in their hands now has a smartphone, which  is comparable to full-fledged computers 5-10 years ago. Therefore, many reasonably raises the question of the appropriateness of using smartphones for the mining of cryptowl and bitcoin in particular. In this article, we will try to answer this question and discuss in detail the topic of mining on mobile devices.

First, let's take a closer look at the performance of smartphones.

On the Internet there is a good site notebookcheck.net, which compiled the rating of all processors (desktop, server, mobile). For us, it is interesting in that you can directly compare the performance of mobile processors and desktops.

In the rating this ARM chip occupies an honorable 493 place. Nearby are other mobile chips and AMD and Intel processors for ultrabooks with a minimum value of TDP (power consumption). Of the latest innovations on 505 places is the creation of Intel - Pentium 4410Y, released in the first quarter of 2017. 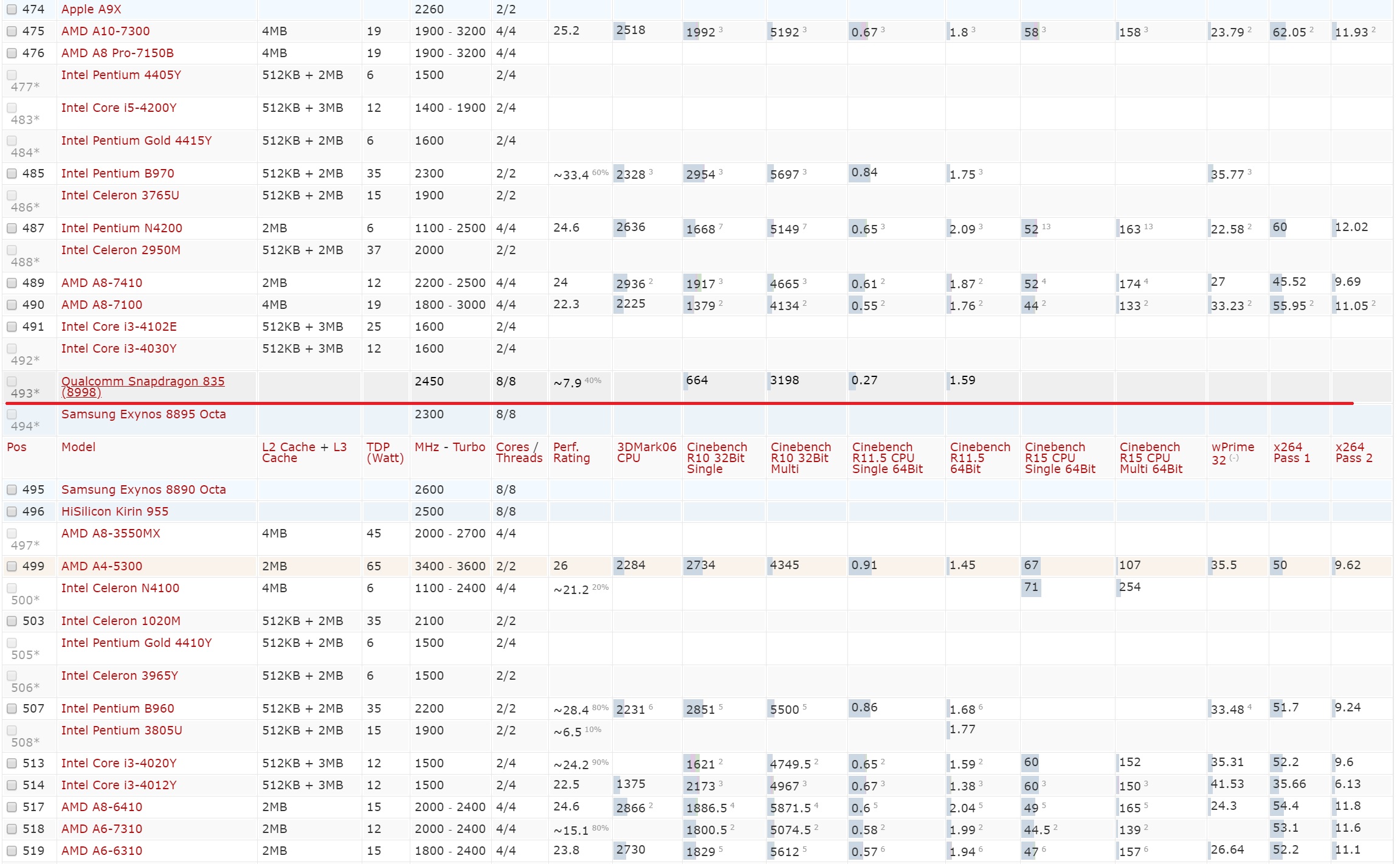 The current performance of the best mobile processors of 2017-2018 turns out to be comparable to that of the entry-level personal computers of the 2013 model.

Recently, we conducted a mining analysis on the AMD Threadripper CPU, which occupy the top lines of the rating. The result they showed was an income of 24 to 50 cents a day, taking into account the cost of electricity. We must assume that the processors in the rating at positions close to 5 hundred will be "mining" several times less than the leaders of this rating.

More detailed information about AMD Threadripper can be found in this article Mining CryptoCurrency CPU VS GPU.

What can you mining on your mobile phone?

Mining on smartphones is available in several versions:

Classic mining on the phone

Classic mining is the mining of crypto-currency, which is also extracted on video cards or asics, i.e. the most common option. In the previous paragraph probably already many have concluded that to compete in the Mining conventional processor is quite difficult with video and Asiс, and mobile processors the more classic mining does not give a chance.

To confirm his words, we install the mobile app for mining from the famous MinerGate.com pool.

Because Google policy prohibits post on the Google Play app for mining, so you have to download yourself MinerGate app on your smartphone and register at the main site. 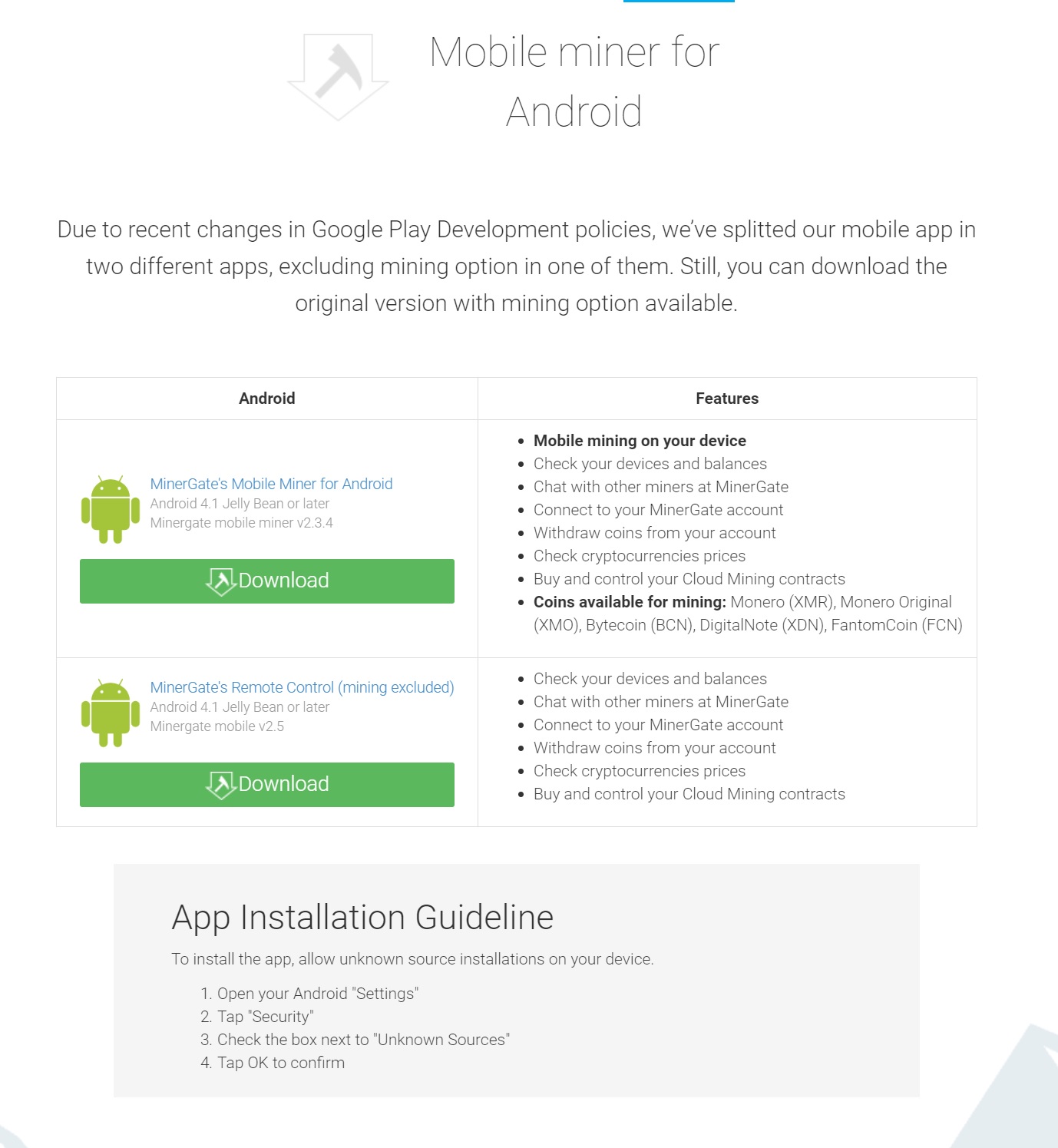 In the mobile version of the site you will not find a link to download the miner for the phone and to simplify this process you can download this miner directly to the phone via this link (link to the Minergate server).

On the phone, the Minergate application allows mining several crypto currencies, we will choose Monero as the most famous and profitable in the mining on processors.

At maximum load (HIGH mode), the Galaxy S8 phone on the Qualcomm Snapdragon 835 processor issues 27 hashes per second. And it's impossible to use the phone at this moment because of constant delays in the interface.

You can calculate profitability of such mining in the application itself or on the website Profit-mine.com.

The result of 1.7 cents for mining within 24 hours can not be called even satisfactory.

As a result of this experiment, we got the expected result, which would not suit even the most desperate techgeek. For a reward of 1.7 cents a day, you will not be able to use your phone during mining and in the load will get a dead battery of the phone in a month or two.

In all the diversity of crypto-currencies there are also those that were specially created only for mining on smartphones. A vivid example of such a crypto currency is Electroneum. When this crypto currency just appeared, its mining was possible only through a special application for phones. A link to the Electroneum app on Google Play is here. However, third-party developers have found ways to bypass this limitation and made Electroneum mining available on video cards and asics.

I think you already know what the final result of the mining of this "special" crypto currency will be.

To test our guesses, we installed the Electroneum application and verified the performance of Galaxy s8 in the mining of this crypto currency.

The result of 30 hashes per second turned out to be similar to MinerGate, which is not surprising. the algorithm is the same with Monero.

Conclusion: Mining crypto-currencies created specifically for smartphones will be relevant only if large miners with asics and video cards do not participate in the mining of this crypto currency. The example of Electroneum showed that it would be quite difficult to make crypto currency completely independent for smartphones.

Mining in the browser of the smartphone.

If you did not know, then we want to inform you that there are such crypto-currencies that are obtained using Internet browsers. To start mining such a coin you need to go to a special site and click the Mining button. While the page with mining is open your computer or smartphone will participate in the crypto currency mining. The most popular crypto currency for browsers is JSE coin.

Running the mining at the maximum intensity, we got around 4200 hashes per second, it's worth noting that at the smallest actions on the phone the hasht fell sharply to 1000 and lower. Also worth noting is the moderate heating of the smartphone when mining JSEcoin, even at maximum intensity.

Another nuance to which we would like to draw your attention is the termination of browser-based mining, when the phone goes into sleep mode (the screen turns off).

Calculator mining for this crypto currency, we could not find, we came to the conclusion that the profitability of such mining is comparable to MinerGate with several differences. The first is a low heat of the smartphone when mining JSEcoin, i.e. less to spend the battery and saves its resource, but the second difference is negative on the contrary. The smartphone should always be in active state (the screen works), which can completely level the first advantage from classic mining.

Conclusion: Mining in the browser for smartphones can be called the best option if you solve the problem of the browser in the phone's sleep mode.

POS - Proof of Stake Here it is not necessary to engage in the main in the usual sense of the word, because the reward is simply for the fact that some amount of crypto currency simply lies in your wallet. And the more there are coins in your account, the more you will receive a reward.

For smartphones, this option is suitable in the event that the developers took care of the mobile version of their wallet.

To calculate the profitability of such an event there are special sites called calculator master node.

Another thing worth paying attention to an interesting project MERIT with POS mining, but with a more complex system of rewards.

Conclusion: POS mining does not require you to have powerful computing resources, but you can not start POS mining without the initial of buying crypto currency.

The general conclusion on mining on mobile phones can be reduced to the fact that it is impossible to get any significant profit from mining on a smartphone in today's realities. You can consider mobile mining in case you want to try to work with crypto-currencies, touch the technology of the blockchain from inside, but you do not have more powerful devices in the form of laptops or personal computers at the moment.