We managed to get to test video card based on AMD Radeon RX 470. But the chip is not just a reference card, and Sapphire NITRO + AMD Radeon RX 470 & nbsp; with the maximum possible amount for the GPU 8GB of graphics memory. So we immediately began testing new items in Meiningen on different algorithms, including ETHASH (Dagger Hashimoto).

Video card Sapphire NITRO + AMD Radeon RX 470 8GB, probably the best that you can get in terms of performance among various RX 470 graphics cards are currently available for sale, since this card is equipped with video memory clocked at 2000 Mhz (8 Ghz), which is installed in reference model older RX 480 GPU. 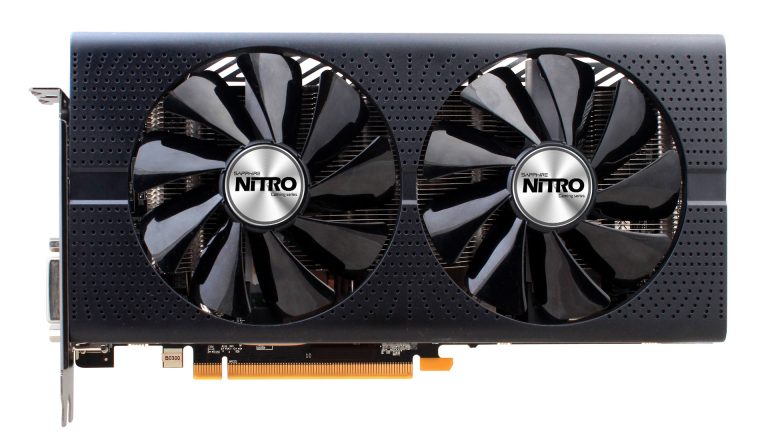 Faster video memory makes Sapphire NITRO + AMD Radeon RX 470 8GB an interesting acquisition, especially for mining cryptocurrency on Ethash algorithm. Furthermore, this video card is installed 8-pin PCI-E power, an excellent cooling system and GPU frequency of the effluent is increased up to 1260 Mhz. The only drawback is the price of a new graphics card, which is slightly higher than the price on the reference model RX 470 with 8GB memory. It should be noted that all the video RX 470 with 4 GB poorly suited for mining ethers and other cryptocurrency on Ethash algorithm, since they installed slower memory.

Video card Sapphire NITRO + AMD Radeon RX 470 8GB in mining Ethereum (Ethash) was able to show in hashrate 24.5 MHS in the runoff frequencies without any additional manipulation, which is slightly less than the reference shows the RX 480 on a standard chip and memory frequencies. This is due to the fact that the new product uses 8GB of graphics memory clocked at 8 GHz, the other models RX 470 set 7-6.6 GHz memory capacity of 4GB.

We do not really like the default profile for the system ohlazhdleniya graphics card, which is trying to maintain a low speed fan for quiet operation even at relatively high temperatures. For example, when GPU temperature of 70 degrees Celsius cooling fans are rotated with only 30% of the maximum speed (1300 rpm). In this connection, we have decided to manually increase the fan speed to protect the card from overheating, which is particularly important for the more intense hot and algorithms of mining.

Overclocking Sapphire NITRO + AMD Radeon RX 470 8GB left us a little disappointed. We expect to overclock the video memory up to 9 GHz, or even be up 8.8Ggts. But in the end, we could only get a 8.4 GHz (2050 MHz) using the utility ASUS GPU Tweak 2. This is the maximum frequency of the redistribution of available in this utility. The AMD Wattman instrument maximum memory overclocking limit for this card is even lower, only 8.2 GHz. Chances are set out in this video card the memory chips from Samsung can operate at higher frequencies, but due to the fact that currently available are not many tools that can overclock the AMD RX 470 graphics card, we were forced to stay at the most affordable rate 8.4 GHz. Therefore, the overclocked Sapphire NITRO + AMD Radeon RX 470 8GB could not catch up with the RX 480 in reference acceleration at the highest frequency of video memory.

Limited memory frequency is only important for Ethash algorithm, since because of that achieved lower hashrate. At the maximum memory frequency (8.4 GHz), we were able to get 25.8 MHS, which is only 1.3 MHS bigger hashrate at the nominal speed. 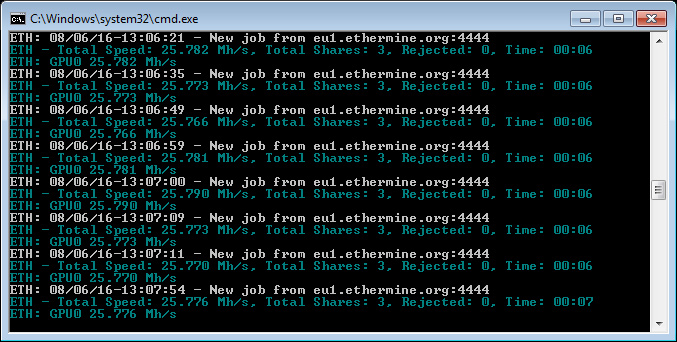 When it was first released the older model line AMD Radeon RX 480 - the problem with the driver, in connection with which sgminer crashes on some algorithms of mining. Since then the situation with support for cards of a new line of RX 4XX much improved. Because until now, most miners have use of video RX 480 only for mining Ethereum, special problems, this fact did not cause. However, in recent years, many miners for various reasons, switching to other cryptocurrency that use different algorithms. We were able to test the new Sapphire NITRO + AMD Radeon RX 470 8GB in a variety of mining algorithms with miners from NiceHash.

As we found out, the performance of mining Sapphire NITRO + AMD Radeon RX 470 8GB is very close to the performance of the reference RX 480 in a variety of algorithms. However, some algorithms (NeoScrypt, WhirlPool, Blake256r14) is still not available due to a problem with the drivers and give zero hashrate.