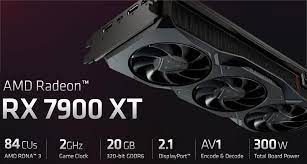 The AMD Radeon RX 7900 XT video card, which went on sale at the very end of 2022, has already appeared in the first tests in cryptocurrency mining on the ETChash mining algorithm (Ethereum Classic cryptocurrency). Because ETChash does not differ much from its ancestor EThash, so the results of testing on ETChash can be safely transferred to EThash, which continues to be used for its POW network by several dozen little-known cryptocurrencies (Ethereum POW, EtherGem and others).

AMD Radeon RX 7900 XT belongs to a new generation of GPU chips under the general name RDNA 3, in which, in addition to an improved technical process, engineers decided to split the GPU into several chiplets, as well as return to a 320-bit memory bus, while reducing the Infinity Cash built into the GPU compared to with previous generation RDNA 2.

Increasing the memory bus width from 256 bits to 320 bits directly affects the memory bandwidth, and this parameter, as we know, affects the hashrate of video cards in memory dependent algorithms such as ETChash and EThash.

Therefore, testing the new RX 7900 XT will be doubly interesting.

Conclusion: Changing the memory bus from 256 to 320 bits significantly increased the hashrate of the RX 7900 XT video card on the ETChash mining algorithm compared to the previous RX 6900 XT model. The Radeon RX 6900 XT hashrate in Ethereum mining, we recall, was no more than 65Mh/s. Because the older model RX 7900 XTX has an even larger memory bus of 380 bits, so it will also be interesting to test the top AMD video card in the future.

You can calculate the profitability of mining on the website Profit-mine.com 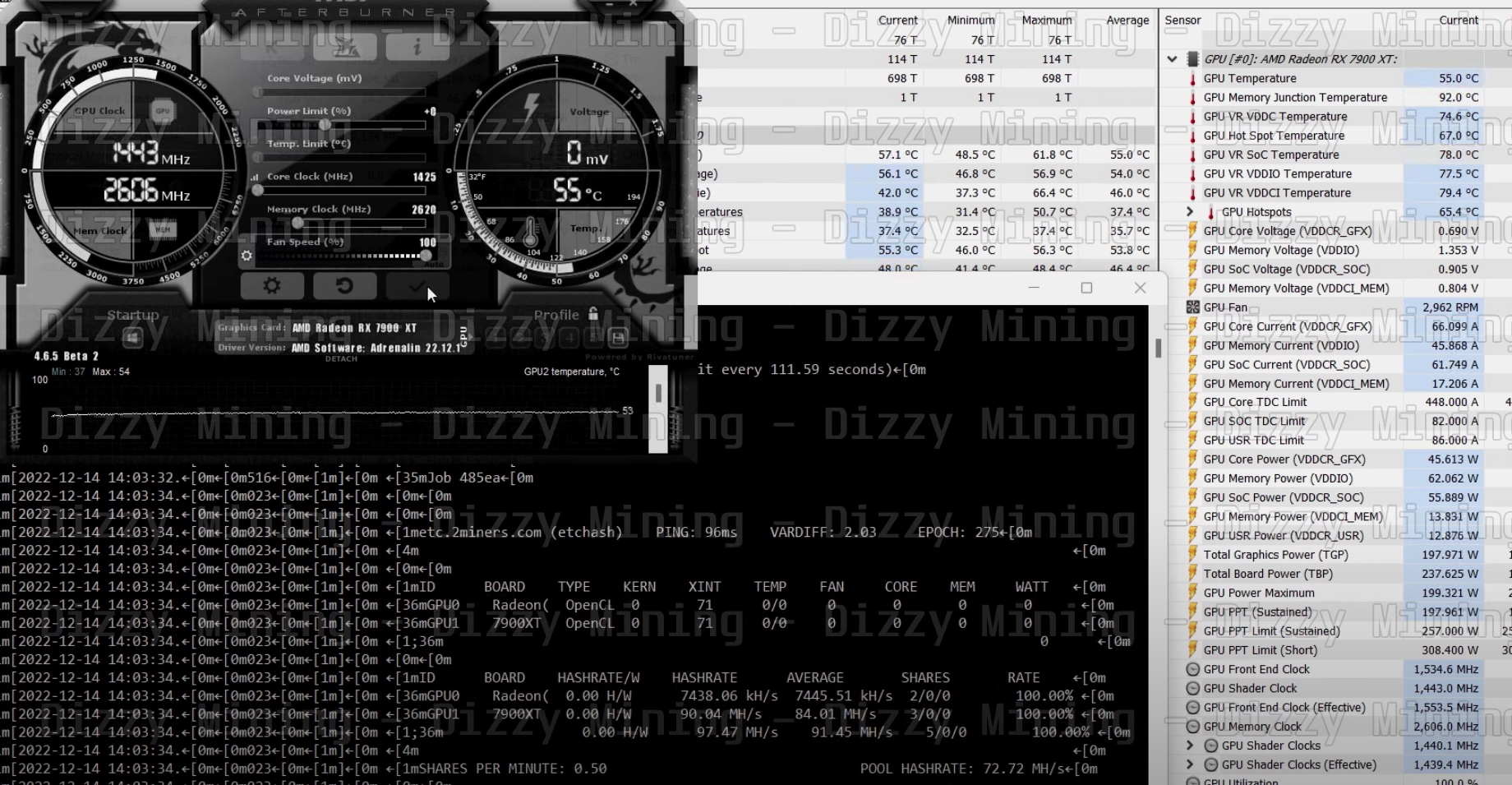