The first public FPGA miner for the X16R algorithm, called ALUM F1 from the previously unknown Chinese company Fanshu Data Tech, went on sale at a price of 2500 yuan (380 USD). According to the press release on fanshudata.com, the FPGA miner on the X16r algorithm (Ravencoin cryptocurrency) is able to provide a hashrate of 30MH/s with a power consumption of 50W. For comparison, the similarly priced Nvidia RTX2060 video card on the same mining algorithm produces 23Mh/s and at the same time the power consumption is 130W.

Thus, the Alum F1 FPGA miner turns out to be three times more productive than modern video cards on the X16r algorithm, which cannot be called an outstanding result, but definitely deserves the attention of those involved in Ravencoin (RVN) mining cryptocurrency.

The FPGA miner is made of Altera arria10 GX066 chip, and as a cooling installation of CPU heatsinks for an AMD FM2 connector is provided, which you will have to buy and install yourself.

The first delivery of the company Fanshu Data Tech promises to start on July 20, 2019, with a guarantee for miners 180 days.

Because We have never heard of Fanshu Data Tech before, so we urge you to be as careful as possible when deciding whether to buy FPGA miners Alum F1. 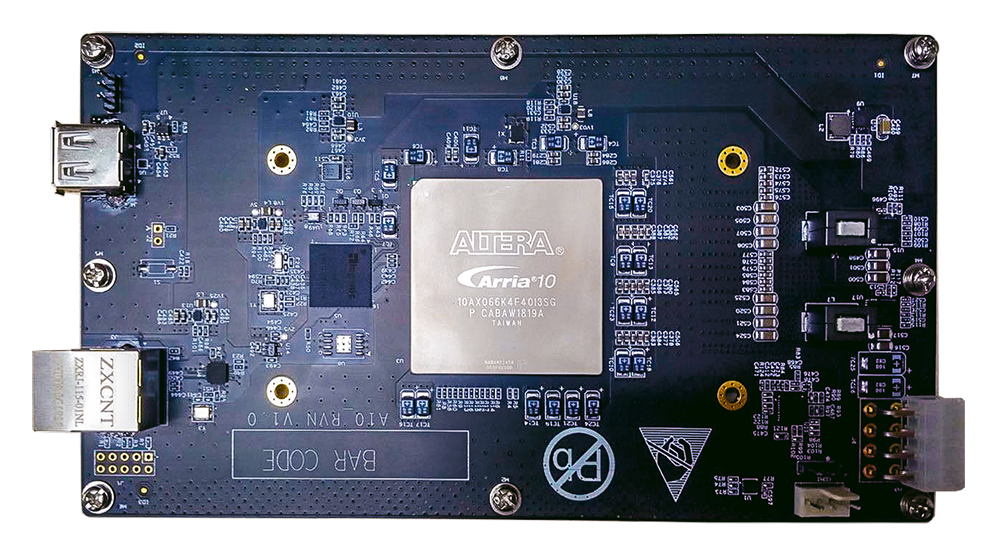