B75 USB-BTC motherboard is the most profitable kit for mining 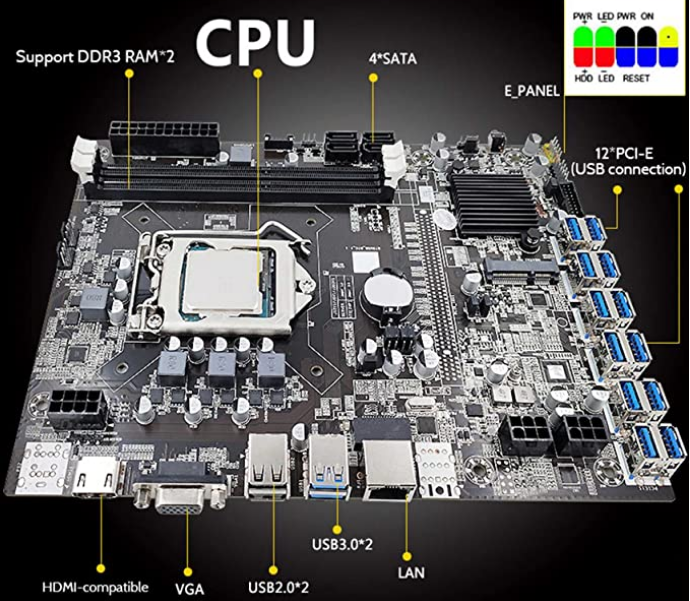 Most cryptocurrency mining uses video cards, which do not work without basic computer components: motherboard, processor, memory, disk, power supply. As for a normal computer, the main component that determines the ability to connect the various components, in our case it is a video card, is the motherboard. The basic principle of the choice of motherboard for mining is the selection of the maximum possible number of video cards to connect to one motherboard. If you take the usual motherboards for gaming computers, the number of connected graphics cards will be limited by the number of PCI-Express connectors.

And the more such connectors on the motherboard, the more expensive such board will be, because it will be oriented primarily at computer enthusiasts, whose computers may contain several video cards (no more than 2-4). Since video cards in mining do not use all capabilities of the PCI-EXpress bus, ie for mining quite enough one channel or slot PCIEx1. In fact, this is the direction and began to move manufacturers of motherboards for mining, which would simplify the design and offer the lowest price.

But in the process of reducing the cost of products for mining, manufacturers have gone even further. Since miners install to the PCIEx1 connector special adapters - USB raisers, the next step to reduce the cost was the replacement of the PCIEx1 connector to USB, which takes up significantly less space and, accordingly, the motherboard itself can be smaller in size. One of these cheap specialized motherboards for mining is B75 USB-BTC. 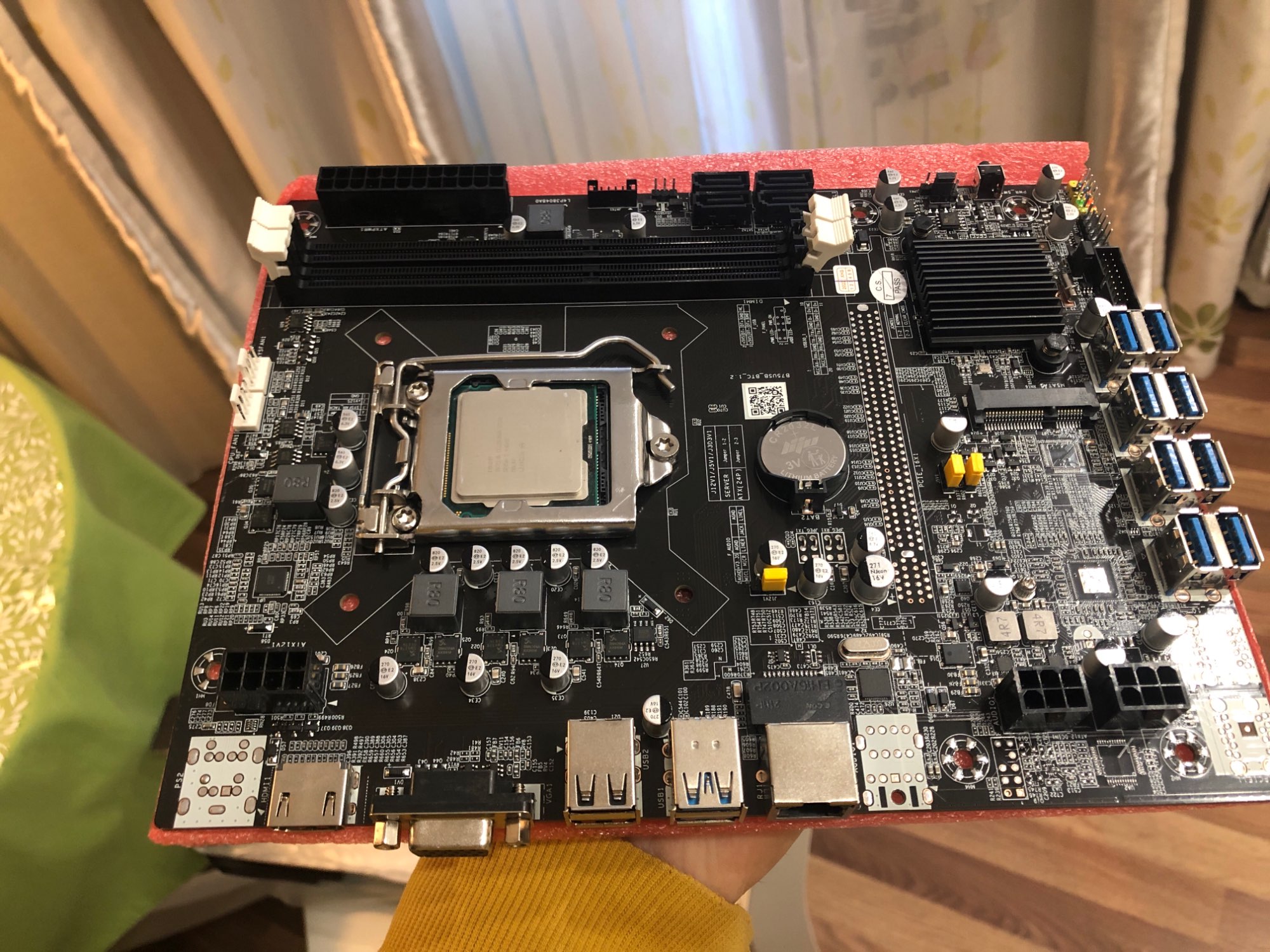 For only 50 USD you can buy a motherboard for mining, which supports up to 12 video cards, and usually includes as a bonus a Celeron, Pentium or even Core i3 processor. This generosity of sellers can be explained by the fact that the motherboard is built on the outdated socket LGA1155. The processors for the socket LGA 1151 were manufactured 10 years ago and if the high performance Intel Core i7 processors are still in demand, the entry-level processors of those years are of little interest to anyone, but for the assembly of mining registers, where the main work are graphics cards, these processors are quite suitable.

In addition to the processor in the kit can be more RAM DDR3, SSD, a radiator with a fan for the processor and various cables and adapters, as in this set. All of the components as simple as possible, because the markup to the basic set is less than 20 USD, but it will be almost complete mining rig for 70 USD, which will only have to buy power supply and graphics cards.

Conclusion: 70USD for base kit for building Mining Rig on video cards is maximum low price for the ability to connect up to 12 video cards, although not without its drawback in the form of possible problems with tuning and stability of all components.