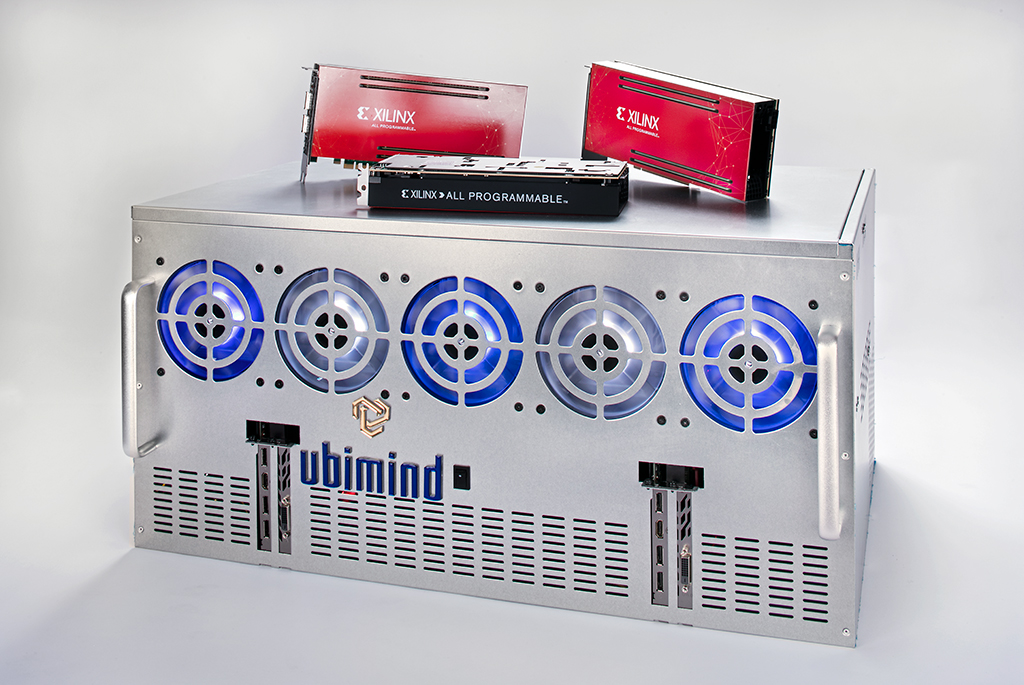 In the POW cryptocurrency mining industry, hash calculation is possible using several technological solutions: central processors, video cards, ASIC and FPGA. And this time we will talk about the company Ubimust and its FPGA miner Ubimind ProLine 4. The number four in the name is not random, because 4 of the latest FPGA Xilinx Alveo U200 - 64 GB were used as a basis. And according to the assurances of the developers, each such FPGA is capable of delivering 2100MH/s on the Ethash algorithm (Dagger-Hashimoto) or 8400MH/s from the entire device from 4 FPGAs with an energy consumption of 800W.

Such a hashrate look too optimistic especially from a little-known company and at first glance it looks like a hoax. But let's try to figure it out and start with the technical characteristics of Ubimind ProLine 4: 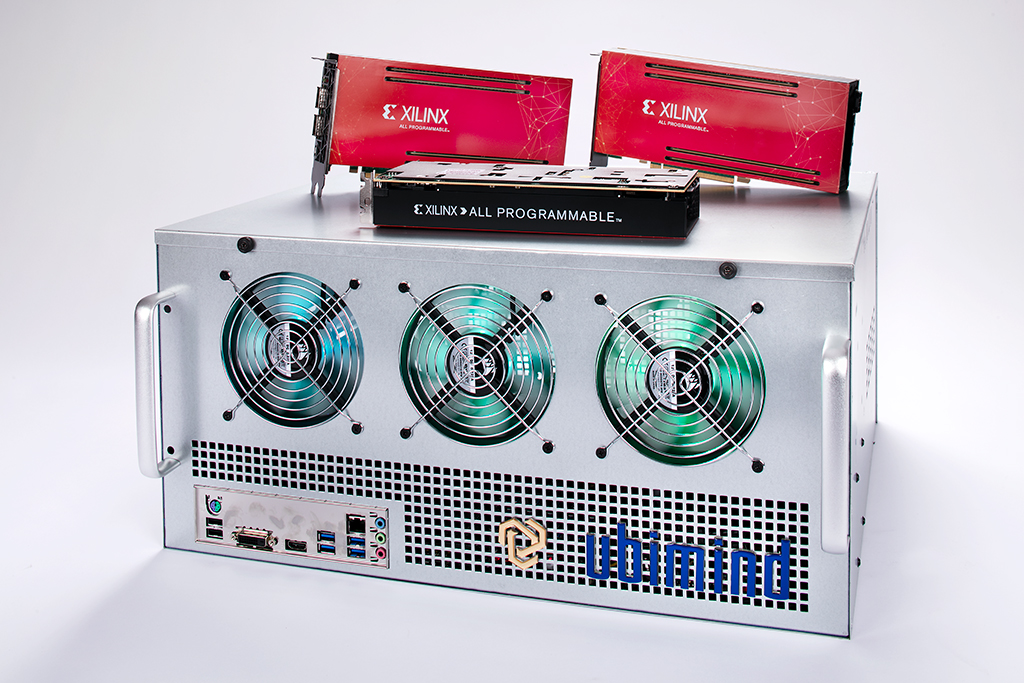 The technical specifications are impressive, but the main element here is the FPGA Xilinx Alveo U200 - 64 GB, so let's dwell on it in more detail.

The net performance of the FPGA chip is only 18 TOPS for INT8, which is not a record. For example, the Nvidia RTX2080Ti graphics card has a performance of 188 TOPs for INT8 integer operations. Because FPGAs and GPUs are fundamentally different architectures; therefore, it does not make much sense to compare these indicators.

Most of all in Xilinx Alveo U200 we are interested in the memory subsystem, on which the hash rate on the Ethash algorithm primarily depends. And here there is one fundamental difference - FPGA has two types of memory. The first is 64GB DDR4 with a total bandwidth of 77GB/s. For comparison, let's take the most efficient Ethash graphics card - AMD Radeon RX 5700XT with a GDDR6 memory bandwidth of 448GB/s and at the same time the hash rate of only 60 MH/s, which is 32 times less than what is declared for the Xilinx Alveo U200 - 64 GB. As you can see, it has not been possible to get any technical breakthrough from using FPGA instead of GPU on Ethash algorithm.

The second type of memory built into the FPGA chip itself already has a bandwidth of 31TB/s, which is 70 times more than the RX5700XT video card, but this memory is only 32MB. And as we know for Ethash, it is necessary to store in memory the entire DAG file larger than 3GB, which is naturally larger than the available 32MB by 100 times.

As a result, it remained a mystery to us with the help of any technical or software solutions that Ubimust managed to get the declared hashrate of 2100MH/s from one FPGA board. And we have serious doubts about the reality of the existence in the declared results in Ethash mining for such devices.

In addition the energy consumption of each FPGA Xilinx Alveo U200 - 64 GB is declared at 225W.

More detailed technical specifications of Alveo U200 can be found on the official website of Xilinx.

The cost of the entire FPGA miner Ubimind ProLine 4 today is equal to 37.871 USD, which under the current mining conditions Ethereum will pay off for at least a year.

In addition to the Ethash algorithm for FPGA, other algorithms are also available for which you only need to reprogram the FPGA chip itself.

You can familiarize yourself with the terms of purchase, warranty, delivery on your own at Ubimust.com.