In 2019, ICOs are no longer in demand in the cryptocurrency market 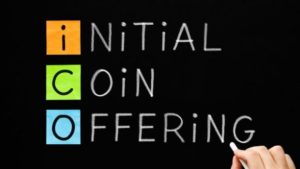 Attracting investments through an ICO or Initial coin offering became widespread in 2017-2018, when companies that had only one intention in the form of White Paper collected multimillion-dollar investments from cryptocurrency owners, who, in turn, were looking for various options to diversify their investment portfolio on the rapidly growing cryptocurrency market. And as you know in 2018 against the backdrop of the collapse of all cryptocurrencies, almost all ICO projects suffered the same fate, even if you do not count the thousands of ICOs created only to deceive investors. If in 2018, against the backdrop of a clear failure of the ICO market, one could still hear phrases about the maturation of the ICO market, then at the end of 2019 we can safely say about the near death of a similar fundraising model for investors and companies.

The decline in the ICO (ICO - the Initial Coins Offering. What it is?) market can be judged by the number of projects and the investments they collect. So, for example, at the peak in 2017, more than 100 large ICO projects with a total of $ 100-300 million were issued per month, then in 2019 the number of new ICO projects fell to almost zero with fees not up to $ 10 million. This state of affairs was due to the disappointment of investors who lost their money in 95% of cases, and because of the appearance of IEO (What is IEO and how is it different from ICO), where almost all investors who were interested in high-risk investments in ICOs went to. Also, a small share in the reduction of the ICO market was influenced by regulatory measures of various governments.

You can more clearly learn about the state of the ICO market by these two graphs:

As you can see from the first schedule in 2019, there is a month in which there is not a single new ICO of the project, but at the same time, projects that are still coming out in search of investors using the ICO in 2019 become better, because on average, each project in 2019 raised $ 6.8 million. In 2018, each project accounted for only 131,000 USD.

Total investment in ICOs for the year fell by 95% from USD 7.6 billion in 2018 to the forecast USD 338 million in 2019, and a similar trend is likely to continue in 2020, when it will be possible to state the final death of such an innovative cryptocurrency investment tool as ICO .

Current ICO projects can be found on the website Cryptonly.com