Videomemory increase from 4Gb to 8Gb for Nvidia P104-100 videocards

At the peak of the popularity of cryptocurrency mining, video card companies released special versions of video cards for mining, which were essentially a rejection of standard gaming models. One of these video cards was the Nvidia P104-100 model with 1920 Cuda cores and 4Gb GDDR5X memory. T.e. some hybrid GTX1070 and GTX1080 went on sale, in which the number of Cuda cores is like that of the GTX1070, and the memory is from the GTX1080, but instead of only 8GB soldered on the circuit board, only 4Gb is available. In 2019, enthusiasts found an easy way to activate all 8Gb of video memory using the firmware of a special BIOS version, which will allow them to mine GRIN cryptocurrency and others that need 8Gb of videomemory. 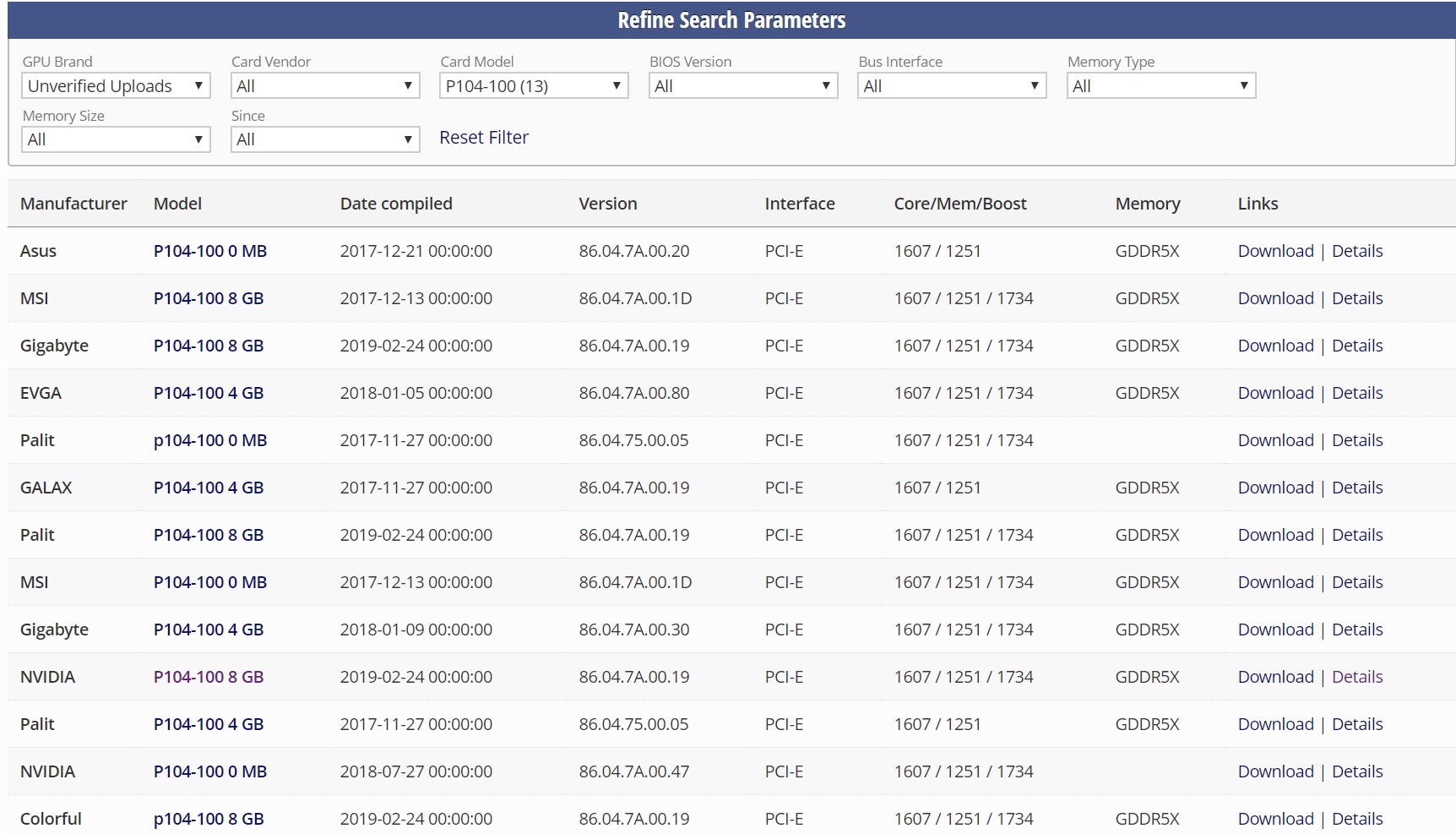 It should also be noted that many who use this free upgrade feature are faced with an increase in temperature during mining and not optimal fan operation mode. We also warn that, like any VBIOS flashing, your actions can turn your video card into a completely inoperative device or into a "Brick", therefore, when replacing VBIOS, you take all the risks of breaking the videocard.

You can flash video cards using the Nvflash program (Windows, Linux) or using the built-in features in HiveOS (Linux).

For the Nvflash program, be sure to use the "--overridesub" command to bypass the warning about the mismatch of the new version of VBIOS.

After flashing the Nvidia P104-100 video cards, cryptocurrency mining will be available for which you need at least 8Gb of video memory - GRIN and Aeternity.